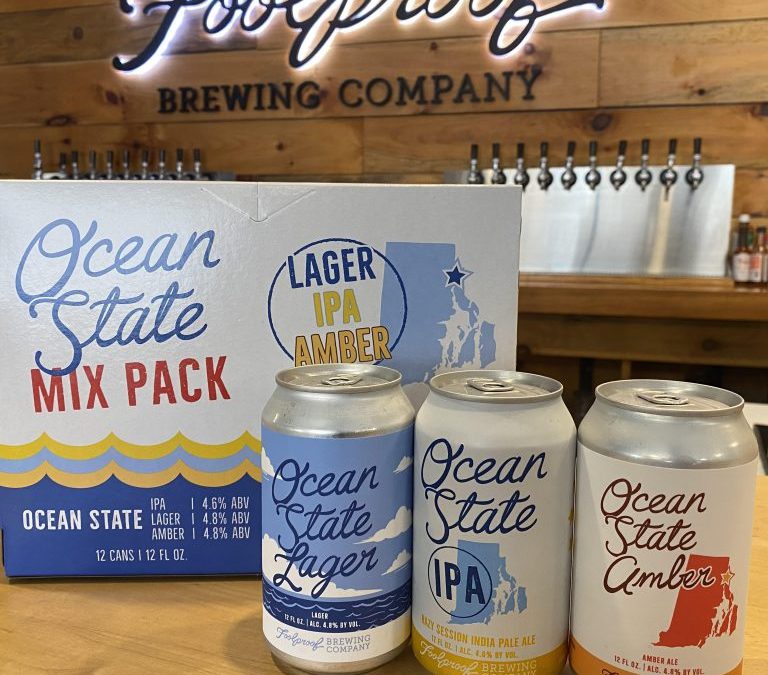 The mix packs are available now in the Foolproof taproom and in local stores where craft beer is sold.

“The current popularity of variety packs made it a no-brainer to put our Ocean State beers all together,” said Foolproof Taproom Manager John Windle, “and in this current economic climate, you can’t find a better value for craft beers.”

Foolproof Brewing has a lot of reasons to raise their cans in a toast.  Foolproof is not only flourishing in a flooded craft beer market under a new ownership group, but the Pawtucket brewery is approaching their 10-year anniversary.

“We are very excited to be coming up on ten years and we have some special brews and plans ahead,” said Windle.

In the meantime, fans of Foolproof Brewing Company can party any time with the Ocean State Mix Pack which is distributed by Mission Beverages (500 Wood St., Unit 213, Bristol, RI 02809).

Each one of Foolproof’s beers serves as a tribute to a sacred beer drinking experience: watching a baseball game, relaxing at home on a rainy day, or just catching up with friends at the local brewery. Your experiences paired with our product, well, it’s Foolproof. Your Life. Your Beer.