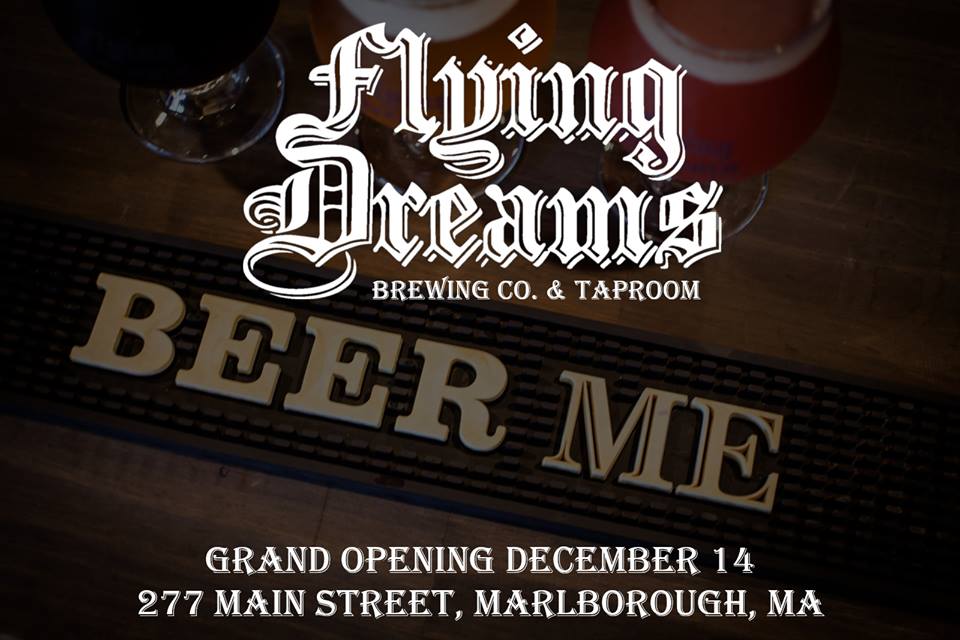 Worcester based Flying Dreams Brewing will debut its new Marlborough pilot brewery and taproom this Friday. “We received our pouring permit last week,” said Master Brewer and founder Dave Richardson, adding “we’re excited to finally have a taproom and a retail outlet.” Three years after opening its first location in Worcester, the growing brewery will be able to expand its offerings with new recipes at the 2-barrel pilot brewery in downtown Marlborough, as well as sell retail bottles and cans brewed at its larger Worcester facility. “We’re stoked to have a presence in two great cities,” explained Richardson, “and we’re happy to be growing.”

Unlike its Worcester location, more of a production brewery and retail space for to-go sales, the Marlborough taproom can accommodate more than 100 guests and has 75 seats for patrons to sit and sip flights or full pours. Eight of their flagship brews should be available on tap when they open, but once the pilot system gets up and running Richardson says the tap list will expand to include exclusive brewery-only experimental brews.

Other exciting news for the successful three-year old brewery includes the introduction of a new canning line. Previously available only in 22-ounce bomber bottles, Flying Dreams offerings are now for sale in 4-packs of 16-ounce cans. They plan to convert mostly to cans over the next couple of months, and will offer to-go sales at both locations. 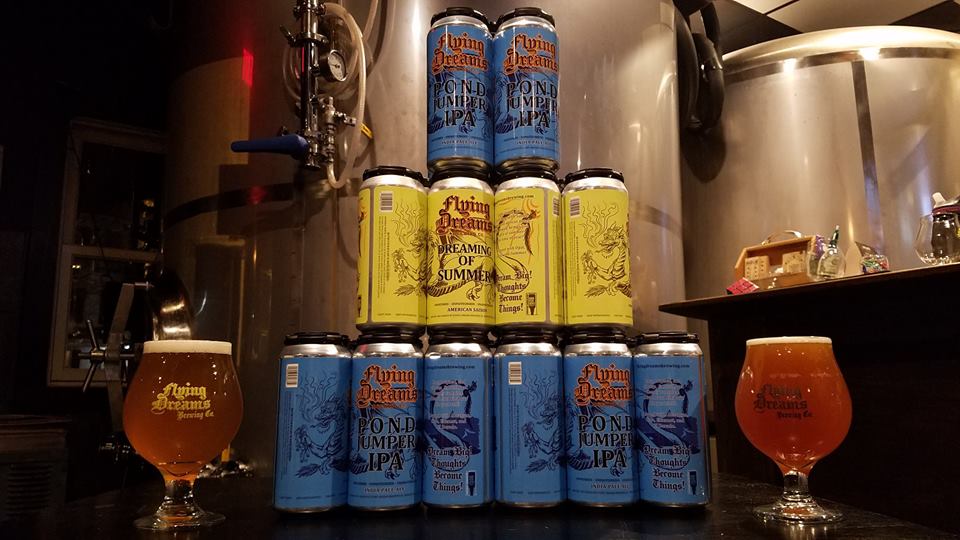 Flying Dreams had its first canning run in November, this month they debut their new Marlborough taproom and pilot brewery.

Not far away, Lost Shoe Brewing & Coffee Roaster made news when it recently received its ABCC license and completed construction of its taproom. Once the glycol system is ready they can start brewing, so it shouldn’t be too long before there are two options for enjoying fresh brewed beer downtown.

Related: Despite Setback, Marlborough On the Verge of Craft Beer Stardom