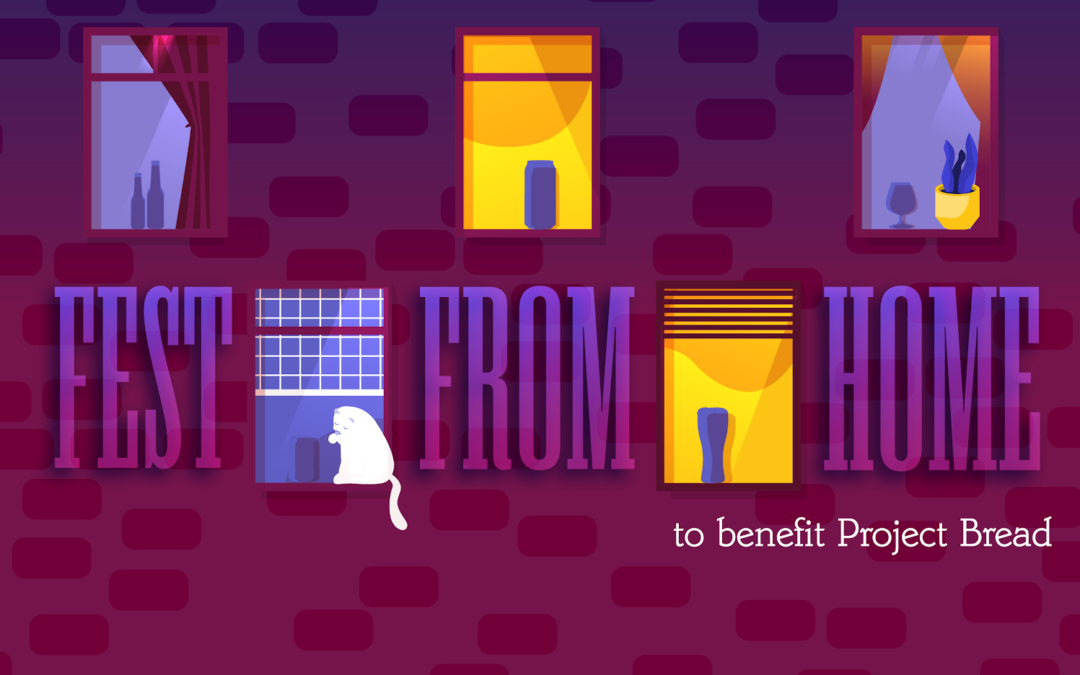 PRESS RELEASE / May 22, 2020 (Boston, MA) – On May 30, from 1-5:30pm ET, 28 breweries from around Massachusetts will gather for Fest From Home, a virtual beer festival to raise funds for Project Bread, a non-profit focused on addressing food shortages and the hunger problem throughout the Commonwealth.

The Fest, organized by Kevin York Communications, a Massachusetts-based PR & marketing agency that works with craft breweries across the country, will provide craft beer fans with the opportunity to experience the community and camaraderie of the industry that they’re missing with taprooms closed.

“We’ve seen similar things done in different parts of the country and thought, why not here in Massachusetts?” said Scott Staiti, Head of the Craft Alcohol Practice at Kevin York Communications. “This is a difficult time for breweries and beer fans. The taproom has become such a community gathering spot that its absence is being felt by both sides. We wanted to put Fest From Home together to shine a light on the state’s breweries during a time when they could use support from all of us, and also give craft beer fans the connection with breweries and each other that’s missing right now.”

Fest From Home will include more than four hours of live interviews, Facebook Live chats, and pre-recorded videos featuring brewers from all regions of Massachusetts talking about their breweries, beers, and the latest trends in the industry. The lineup of breweries appearing include Harpoon, Samuel Adams, Idle Hands Craft Ales, Bent Water Brewing, Jack’s Abby, Night Shift Brewing, Mayflower Brewing, and many more.

Each participating brewery is ‘bringing’ one beer to the Fest that they’ll describe during their respective session.

“We really wanted to recreate the feeling of a physical festival, but in a virtual setting,” said Kevin York, President of Kevin York Communications. “One of the special things about a beer festival is experiencing the same beers with all the people attending. Having each brewery ‘bring’ one beer helps us get a little closer to that. Attendees will know what the beers will be and have a chance to pick them up prior to the Fest.”

To make it even easier for attendees to pick up the Fest beers, several retailers around the state have put together a special Fest Box containing some of the beers ‘being poured’.

Every good beer festival includes food, and Fest From Home is no different. Attendees have the option of purchasing a Fest VIP Meal Kit from Brato Brewhouse + Kitchen that they can pick up at Brato’s brewpub in Brighton. The family sized meal kit includes all the ingredients to make your own grilled cheese, along with your choice of either buffalo wings or buffalo cauliflower.

All funds raised from Fest From Home will go to Project Bread, the East Boston-based non-profit working to prevent and end hunger throughout Massachusetts.

“Food shortages and hunger are big challenges facing Massachusetts even when we’re not in a global pandemic,” said York. “COVID really highlighted the issue for us though. We realized how difficult this period of time must be for people struggling with hunger day in and day out. Food banks and food pantries probably aren’t receiving as many donations with people worried about supplies at grocery stores. We knew we had to do something to try and raise awareness and funds for Project Bread, which fights these challenges throughout our state every day. 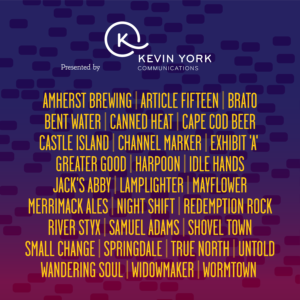 To buy tickets to Fest From Home, visit https://www.eventbrite.com/e/fest-from-home-mass-virtual-beer-festival-tickets-105414634008.

To learn more about the beers ‘being poured’ and retailers selling the special Fest Boxes, visit www.kevinyorkcomms.com/fest-from-home.

Kevin York Communications is a Massachusetts-based marketing and PR agency that focuses on the craft beer industry. They’ve worked with breweries across the country, from Portland, Maine to Portland, Oregon. Learn more about Fest From Home by visiting www.kevinyorkcomms.com/fest-from-home.