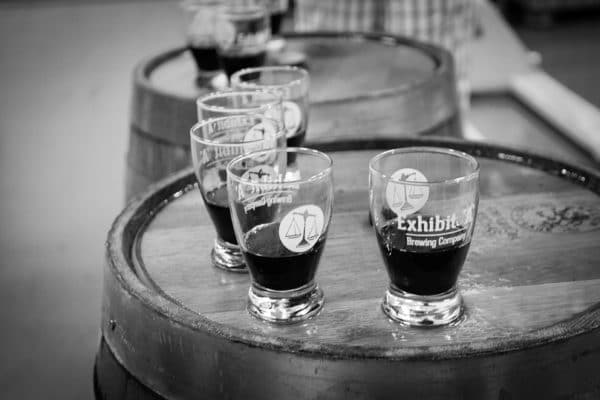 PRESS RELEASE / December 15, 2017 (Framingham, MA) Exhibit ‘A’ Brewing Company in Framingham is proud to have raised $1,225.59 to help Homes for Our Troops, a Taunton based charity that builds accessible homes for disabled veterans. The money was raised through taproom draft sales of their beer called Hard Corps, a whiskey barrel aged imperial stout brewed specifically in support of The Black Ale Project. This beer started off as a 9.9% ABV imperial stout brewed with locally roasted malts from Valley Malt. It was then transferred into oak barrels from Breuckelen Distilling that were previously used to age their 77 Whiskey – Distilled from Rye and Corn. After a 9 month rest in the oak barrels, it was prepared for kegs and then served exclusively in the taproom.