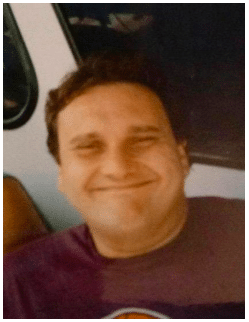 A lifelong Hyde Park resident, Spolsino was the business manager and a reporter for Yankee Brew News throughout the 1990s. He was into craft beer and promoted craft beer long before it was a cool thing to do. He was a familiar face in the early-era brewpubs and breweries that pioneered what’s blossomed into the cultural phenomenon we now as New England craft beer today.

Ken and I became good friends and traveled all over New England together hunting down the hottest new craft beer stories. We had no internet. No cell phones. No GPS.

We heard rumors, usually tipped off by homebrewers, a small handful of craft beer aficionados and the early entrepreneurs who fueled the scene. We’d hit the road to find out if the rumors were true.

There might have been 50 breweries in all of New England at the time – let alone the 50-odd breweries and taprooms that opened last year here in Massachusetts alone. So reporters had to drive far and wide.

Few outlets then covered the scene. The big newspapers and lifestyle magazines thought it was a fad. The former food editor of the Boston Globe once laughed into the phone when we suggested, back in the mid-1990s, that she offer her readers a beer column.

“You don’t drink beer with food, you drink wine,” she said.

That was the cultural mindset of the food literati at the time when Spolsino covered the craft beer scene.

There certainly was no resource like Mass. Brew Bros. we could use as a guide, like so many local beer lovers to today. Small trade publications like Yankee Brew News (founded in 1989 by Spolsino’s boyhood chum Don Gosselin) and Ale Street News were the only sources of information about this burgeoning beer scene.  It was up to reporters like Spolsino to dig up the stories. And back then to do that you had to hit the road.

Often trips with Lucky yielded comedic results. One day, maybe around 1995, we heard tale of a new little brewery in – I believe – Farmington, New Hampshire. So we drove from Boston to Farmington and knocked on the door of the address we had in hand.

We were supposed to go to Farmington, Maine. Again, no internet. Not GPS. No cell phones. We didn’t know we were in the wrong place until we got there.

Spolsino wrote one of Boston’s most memorable restaurant reviews back in 1995. It was a Yankee Brew News story about craft-beer and barbecue landmark Redbones in Somerville. He called it a “third-date kind of place.” A memorably accurate description of this great but super-casual craft-beer bar.

“The third date is where your true personality emerges,” wrote Spolsino. “By this time your date has seen through your facade and anticipated the evening by wearing something with an elastic waistband because she knows she will need room to expand.”

Somerville at the time was still a rough town. Slummerville, as it was called. Redbones brought new life and new energy to Davis Square.

Redbones, more than any other single establishment, was responsible for fueling the revival of Somerville. Their ads called Davis Square “the Paris of the 90s.” Owner Rob Gregory hosted really cool parties in the basement. He invited all the brewers in New England and all the reporters in Boston like Spolsino who were into craft beer – again, long before it was cool. Redbones forged a scene, built around our mutual love of craft beer.

Nobody captured the Redbones vibe better than Lucky. And few championed upstart breweries more enthusiastically than Lucky — at a time when craft breweries were desperate for attention from the wider public. He helped support New England craft beer long before others and he was always pleased to see how big the industry had become.