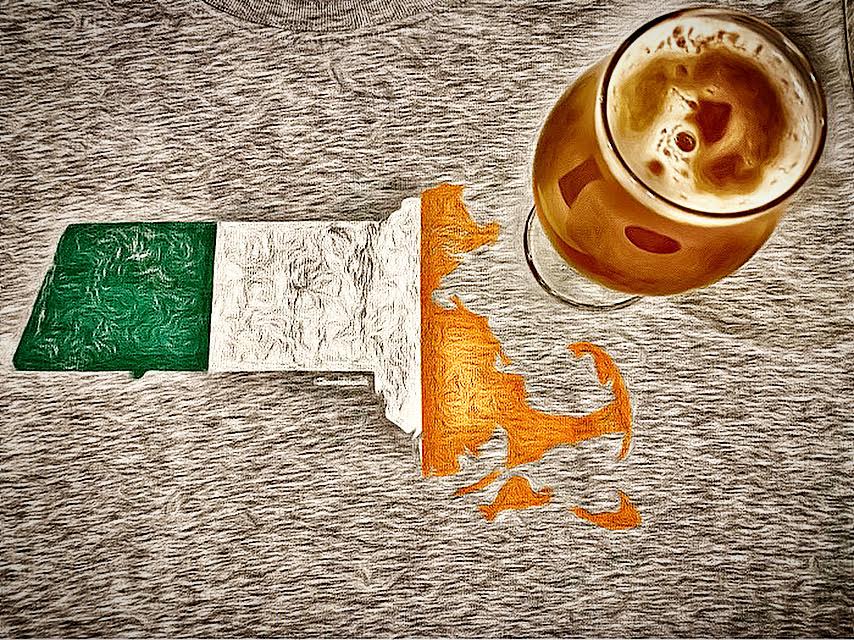 Back when we were in our roaring 20s, we spent many a night in local Irish pubs and watering holes. We would frequent Boston staples The Black Rose and The Purple Shamrock as well as smaller spots such as The Corrib in West Roxbury, The Olde Irish Alehouse (now Waterford’s) in Dedham and Tir Na Nog in Union Square Somerville. We immensely enjoyed tipping our pints of Guinness, Murphy’s Irish Stout, Smithwick’s and Harp Lager while heartily reciting the refrains from Wild Rover. We would even attend all day St. Paddy’s Day celebrations, starting at breakfast complete with blood sausage, and continue reveling in Irish music until close. And we won’t count how many “green beers” we’ve had.

While our days partaking in shenanigans may be behind us, we still love the beer. Fortunately, many local Massachusetts breweries brew traditional Irish styles and we’ve put together a list with links to the breweries. Please check each brewery for beer availability. We will continue to add brews as we discover more to share. Hopefully all of you get to enjoy the season with a tasty brew and an Irish jig – Slainté 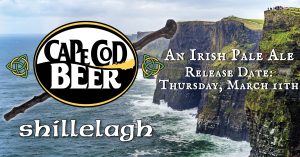 Castle Island Brewing Oak Aged Keeper (Norwood, MA) – Their Keeper American IPA aged in Ireland’s Jameson® casks (This limited run released back in February is sold out at the brewery, so check your local stores for it.)

Harpoon Brewery Boston Irish Stout (Boston, MA) – A traditional dry Irish stout that is a “tribute to our Boston roots and all the Irish pride that surrounds us.” 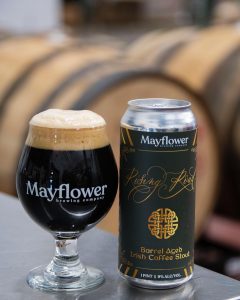 Moby Dick Brewing Ishm-Ale and Stoveboat (New Bedford, MA) – Ishm-Ale is an Irish Style Amber Ale with a nod to the first line in Herman Melville’s classic, ‘Moby Dick’ and Stoveboat is a Dry Irish Stout on nitro that will be on tap for St. Patrick’s Day.

Redemption Rock Brewing Blackstone Dry Irish Stout & Hardcastle’s Irish Red (Worcester, MA) – Blackstone is a smooth, roasty Dry Irish Stout named for “Worcester’s bygone canal, the construction of which brought thousands of Irish immigrants to Worcester in the early 19th century.” If you’re at the brewery, give the Black & Black a try. Hardcastle’s Irish Red is light and bready with notes of toffee and caramel.

Trillium Brewing Irish Stout (Canton, MA) – Trillium is excited to present their take on the Irish Stout as they “pay homage to the styles that have inspired them along the way.” Available for Curbside, Trillivery, and UPS Direct 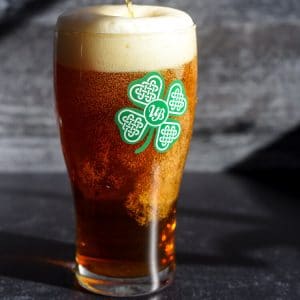 Untold Brewing Irish Whisper (Scituate, MA) – This 5.1% Irish Red is sweet and light and perfect for having a couple to celebrate St. Paddy’s Day. 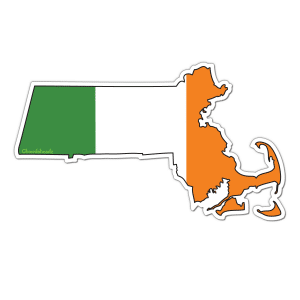