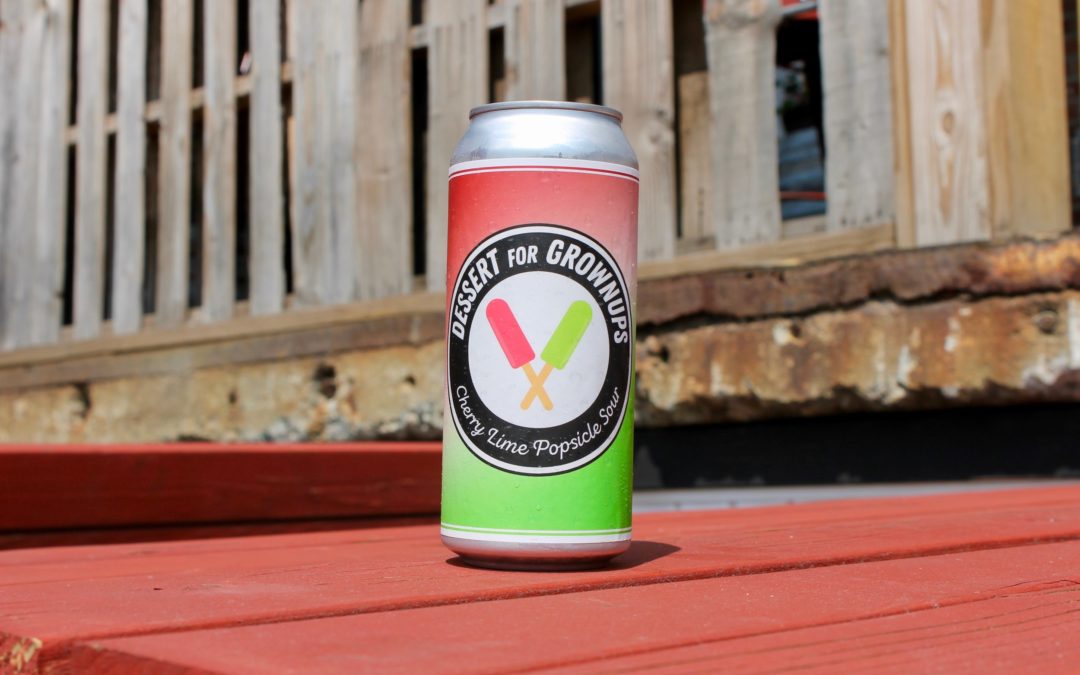 The first in our new “Dessert for Grownups” rotating beer series

PRESS RELEASE / September 6, 2018 (Everett, MA) – There’s a certain nostalgic magic that blares from an ice cream truck’s tinny speakers. Even this late in the summer, those Pavlovian ditties are enough to excite anyone’s sweet tooth as we pat our pockets for spare change. In loving homage to the humble ice cream truck, Down The Road is excited to release our latest series of taproom exclusive beer: “Dessert for Grownups.”

We begin with a limited release batch of cherry / lime sour with a hint of vanilla. Puckering, yet well-balanced, the beer is inspired by the classic Bomb Pop – that distinct red, white and blue popsicle that many of us grew up slurping on the beach. Donovan Bailey, head brewer and founder of DTR, explains his motivation. “In preparation for what looks like an Indian Summer, I wanted to brew something fun and kind of nostalgic.”

Isaiah Reynolds, Donovan’s lead production brewer, is also a big fan of this beer. As Isaiah explains, “It has a subtle lactic sourness that plays well in to a vanilla note.” This inaugural batch of “Dessert for Grownups” gets most of its color from the healthy dose of cherry, though the vanilla and lime are also well-expressed. Overall, the beer is light, tart and refreshing – perfect for closing out summer 2018 in style.

“Dessert for Grownups” will be available both in cans and on draft at DTR’s Everett-based taproom this Friday, September 7 beginning at 11 am. Compliments Food Co. will be at the brewery from 5PM until close with their food truck.

About Down The Road Beer Co. Founded in 2015, Down the Road Beer Co. is now one of the fastest-growing craft breweries in the Greater Boston area, offering up a diverse lineup of styles in a spacious taproom in the heart of Everett, MA. Come enjoy a casual pint and our retro pinball arcade.