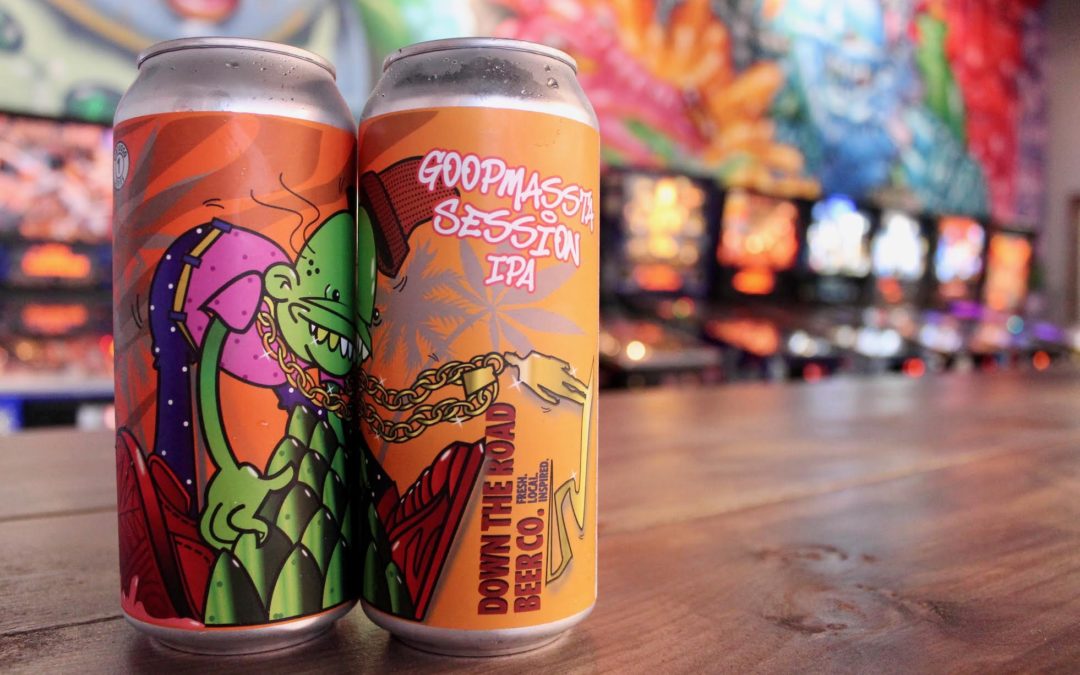 PRESS RELEASE / March 22, 2018 (Everett, MA) – Anyone who has visited Down The Road Beer Co’s taproom knows that we’re about more than just faeries and monsters. The walls of the beer hall / arcade are dominated by an epic, two-story mural, designed and sprayed by a collection of visiting graffiti artists from around the world. Art appreciation is at the core of the brewery’s identity, which is why we are proud to introduce our newest project: the Virtuoso Series. 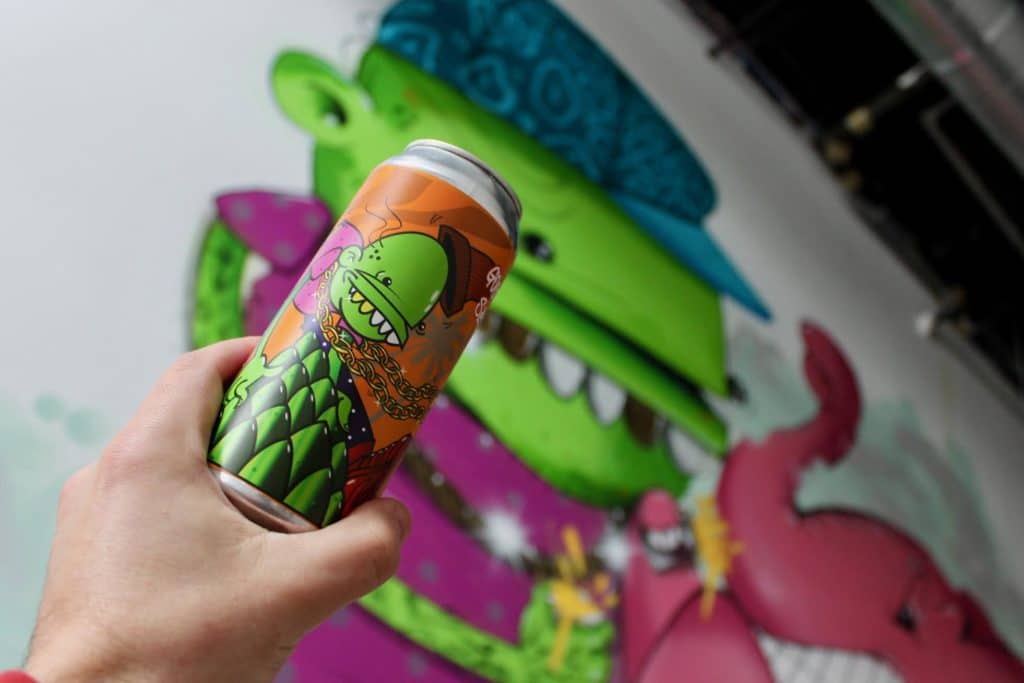 Each collectible release in the Virtuoso Series will feature breakout artists from around the world. The work runs the gamut from raw and gutsy to whimsical and playful – stuff that is just as comfortable sprayed on a subway station, gallery wall or beer can. Up first is GoopMassta, a Miami-based artist, and his signature hip hop frog. Both the art and the liquid are a little splash of Florida – sunny, lighthearted and laid back.

GoopMassta Session IPA bursts with dank citrus and punchy apricot notes from liberal use of Citra and Amarillo hops. Low bitterness and a smooth finish round out a bodacious brew that needs no hype to make an impression.Down The Road Beer Co. is excited to kick off the Virtuoso Series with GoopMassta Session IPA and, of course, a huge launch party at the taproom on Friday, March 23rd. Reggae music will be provided by JSN GROOVES, JAHRIFFE & JAH-N-I ROOTS BAND, and Toussaint The Liberator & Sarah Brindle with the Naya Rockers. A special food menu will be dished out by Melt Food Truck. Each beer in the Virtuoso Series, including GoopMassta Session IPA, will be a taproom exclusive release with no package or draft distribution. 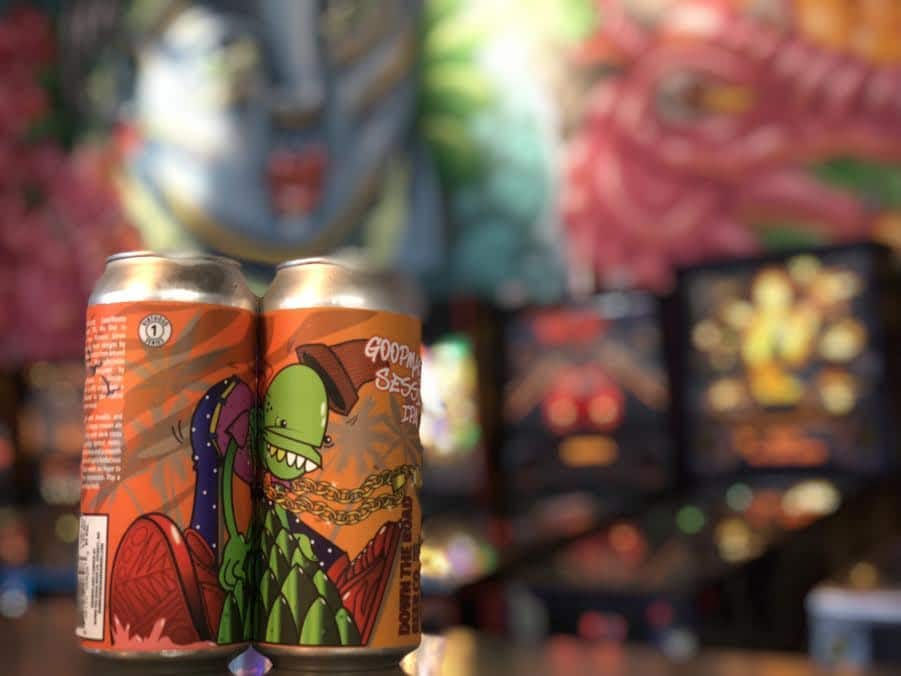 *A minor caveat: this iteration is technically version 2.0. The original plan for this beer was significantly more avant garde, but unfortunately, it was a bit ahead of its time. The earthy ingredients have been shelved for now in anticipation of more defined legislature regarding the use of certain organic compounds in beer.

FOUNDED IN 2015, DOWN THE ROAD BEER CO. IS NOW ONE OF THE FASTEST-GROWING CRAFT BREWERIES IN THE GREATER BOSTON AREA, OFFERING A DIVERSE LINEUP OF STYLES IN A SPACIOUS TAPROOM IN THE HEART OF EVERETT, MA. COME ENJOY A CASUAL PINT AND OUR RETRO PINBALL ARCADE!