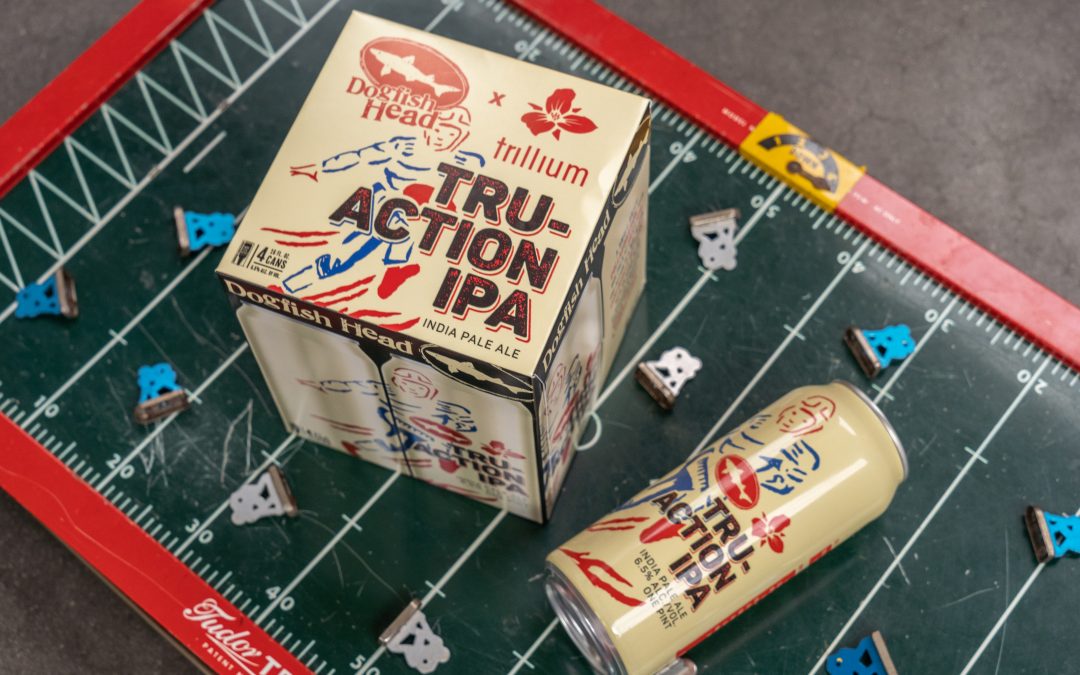 Through the years, Dogfish Head and Trillium have bonded over their continuous efforts to “move the goalposts” in the craft beer industry through innovation in the IPA, sour beer and culinary spaces. Tru-Action IPA continues the breweries’ collective “gameplan,” highlighting one of the aspects for which each brewery is best known – for Trillium, juicy, hazy IPAs, and for Dogfish Head, the process of continual hopping – to create one thoughtfully adventurous, deliciously hop-centric sipper.

“As a New England boy myself, it’s been exciting to watch JC and Esther and the team at Trillium grow a great brand at the intersection of beverage and culinary, the two spheres that have been dear to our hearts here at Dogfish for over 27 years,” said Sam Calagione, Dogfish Head Founder & Brewer. “That makes this opportunity to bring Tru-Action IPA to drinkers on a larger scale, throughout the Mid-Atlantic and Northeast, even more special. This collaboration is a perfect example of the amazing things groups of creative, like-minded individuals can create together, and I can’t wait to raise a glass of this tasty beer and celebrate!” 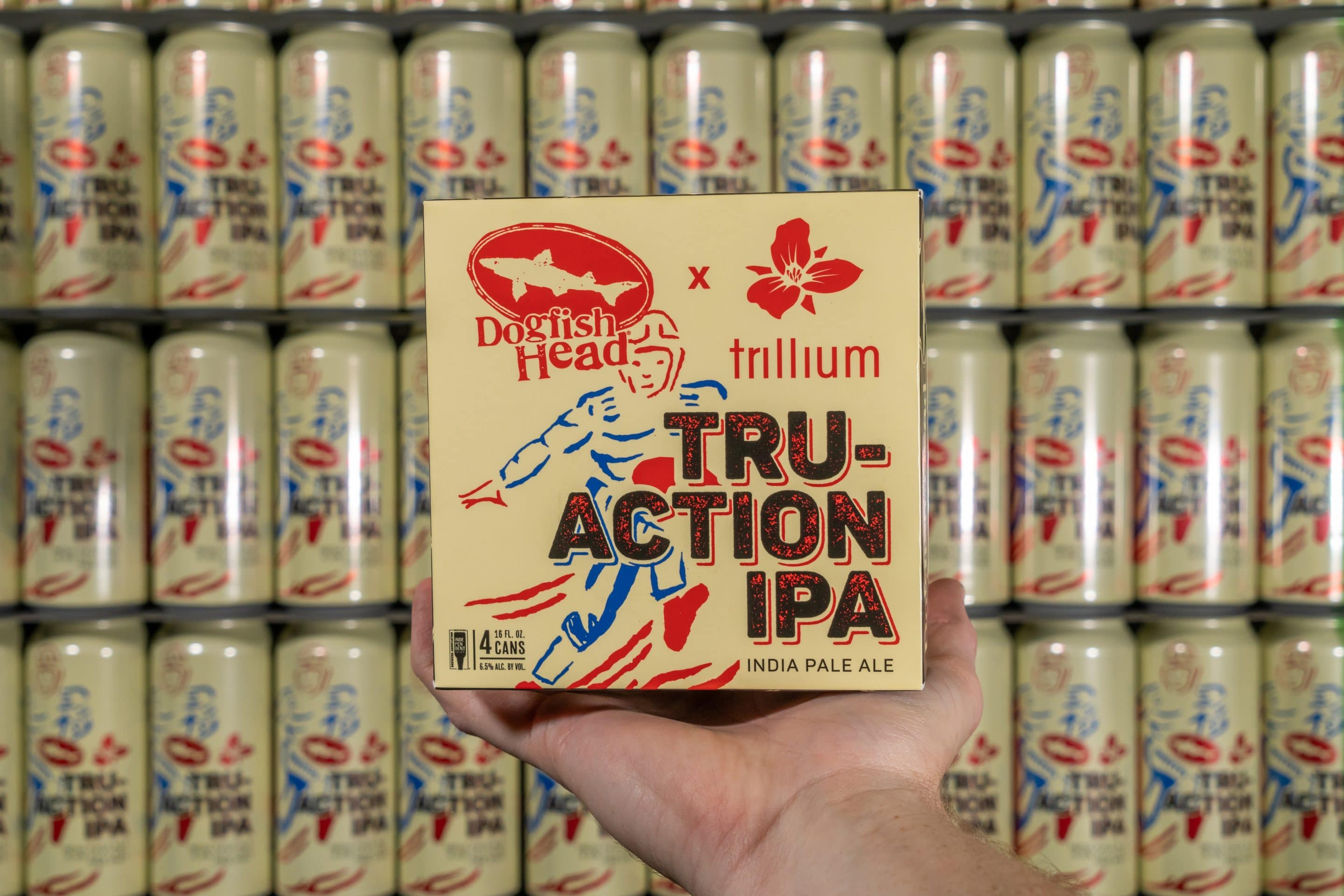 “Collaboration is always so much more than just exchanging ideas and brewing beer. When first meeting Sam, Mariah, and the Dogfish Head team, it was an incredibly exciting and inspirational moment for all of us here at Trillium. Fast-forward years later, we’ve come together in the spirit of true friendship and innovation for the 2022 release of DDH Tru-Action IPA & DDH Truer Action DIPA. We’re beyond thrilled to welcome guests for a full weekend celebration,” said Jean-Claude Tetreault, Founder at Trillium.

Mark your calendars! In honor of the regional return of Tru-Action IPA, Dogfish Head and Trillium will host a weekend full of celebratory events at Trillium’s various locations in the greater Boston area. In addition to the events outlined below, folks can expect the releases of two other Trillium beers, both of which align with the weekend’s Tru-Actiontheme. Trillium will launch a unique, double dry-hopped (DDH) version of Tru-Action IPA, as well as DDH Truer-Action DIPA, an even hoppier version of the occasion’s namesake beer.

Dogfish Head has proudly focused on brewing beers with culinary ingredients outside the Reinheitsgebot since the day it opened as the smallest American craft brewery more than 26 years ago. Dogfish Head has grown into a top-20 craft brewery and won numerous awards throughout the years, including Wine Enthusiast’s 2015 Brewery of the Year and the James Beard Foundation Award for 2017 Outstanding Wine, Spirits, or Beer Professional. A Delaware-based brand with Dogfish Head Brewings & Eats, an off-centered brewpub and distillery, Chesapeake & Maine, Dogfish Head’s seafood and cocktail spot, Dogfish Inn, a beer-themed inn on the harbor, and Dogfish Head Craft Brewery, a production brewery and distillery featuring the Tasting Room & Kitchen and Dogfish Head Distilling Co., Dogfish Head is a supporter of the Independent Craft Brewing Seal, the definitive icon for American craft breweries to identify themselves to be independently-owned and carry the torch of transparency, brewing innovation and the freedom of choice originally forged by brewing community pioneers. Dogfish Head currently sells beer in all 50 states and Washington D.C. For more, visit www.dogfish.com, Facebook: @dogfishheadbeer, Twitter: @dogfishbeer, an Instagram: @dogfishhead.

Trillium opened in March of 2013, by JC and Esther Tetreault with the desire to create a lifestyle and experiences through the lens of a modern New England farmhouse-inspired brewery. Artisanal food & beverages are central to everything we do, and our core values drive the approach to our portfolio: a desire to continue pushing boundaries of experimentation through education; a focus on hospitality by offering a wide range of options for a diverse audience; and innovation to keep our team excited and engaged. Trillium operates a production farm in North Stonington, CT; a production brewery, taproom and restaurant in Canton; a greenhouse-inspired brewery and taproom in Fenway; a beer garden and brewery on the Rose Kennedy Greenway; and a brewery, taproom, and restaurant in Boston’s historic Fort Point neighborhood.