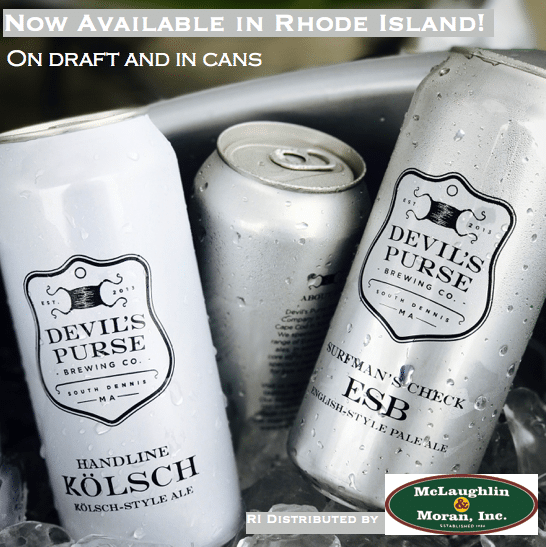 PRESS RELEASE / SOUTH DENNIS, Mass. (September 21, 2017) — Rhode Islanders no longer have to cross the state line into Massachusetts to grab a freshly drawn pint or four-pack of Devil’s Purse beer thanks to a distribution agreement recently signed with Cranston-based wholesaler, McLaughlin & Moran, Inc., to sell its beer throughout the Ocean State.

The agreement marks the first out-of-state distribution and sales initiative for Cape Cod-Based Devil’s Purse Brewing Co., since opening in 2015. 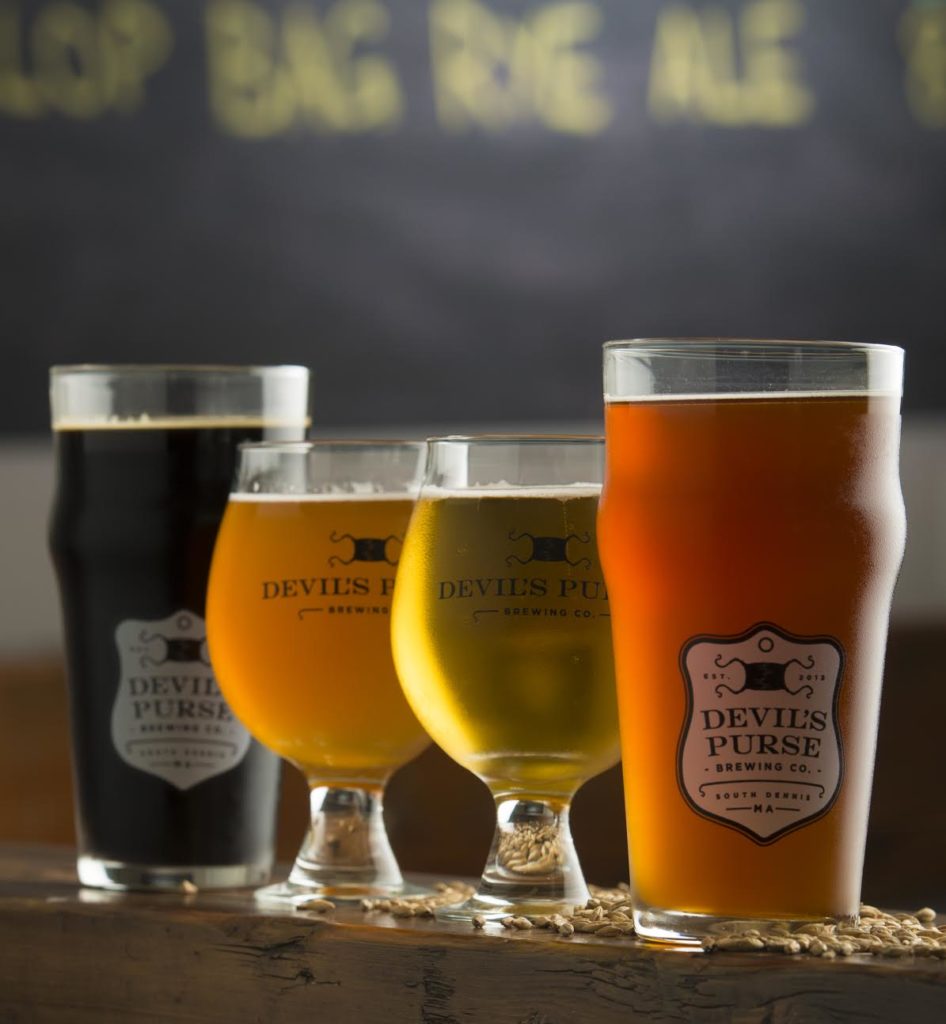 Deliveries of the first kegs and cans of Devil’s Purse’s Handline Kölsch and Surfman’s Check ESB arrived after Labor Day.

“Our Kölsch and ESB have become two of our most approachable styles of beer,” said Matt Belson, cofounder of Devil’s Purse. “An added bonus is how these two styles are also locally brewed in Pawtucket at Isle Brewers Guild where Devil’s Purse is proud to be one of the brewery partners.”

For McLaughlin & Moran the addition of Devil’s Purse’s European-inspired ales is viewed as a great enhancement to its craft beer portfolio and to the Rhode Island market.

“In only two years Devil’s Purse has grown a huge following built on quality and a great brand by producing excellent tastings beers,” said Terry Moran, president of McLaughlin & Moran. “We are excited to showcase not only their locally produced beers but also to have access to Devil’s Purse’s more limited styles such as their IPAs, Oyster Stouts, and Saisons brewed on Cape Cod.”

As part of the Devil’s Purse rollout in Rhode Island a series of tastings, tap takeovers, and other vents are being planned for the upcoming weeks.

“Rhode Island has a vibrant and growing craft beer culture and we are excited to introduce and share our beers with the local community,” said Mike Segerson, cofounder of Devil’s Purse.

Devil’s Purse Brewing Company opened its brewery May 2015 and is located at 120 Great Western Road, South Dennis, Mass. The brewery specializes in wide range of European inspired ales and can be found on

Located in Cranston, RI, McLaughlin & Moran, Inc. prides itself in marketing, warehousing and delivering a world class portfolio of beer, wine, spirits and non-alcoholic beverages throughout the entire state of Rhode Island. Founded in 1936 by first cousins John J. McLaughlin and John E. Moran, we are now a third-generation Rhode Island family business committed to providing great products and service to our

customers. The owners of the company also take great pride in being a responsible and generous corporate citizen as evidenced by McLaughlin & Moran’s support of scores of charitable organizations. For more information visit: www.mclaughlinmoran.com