PRESS RELEASE / SEPTEMBER 17, 2019 (SOUTH DENNIS, MA) — Michael Segerson’s earliest memory is picking up a curious-looking object on the beach in Chatham, Massachusetts, and learning it was a devil’s purse—the egg case of a skate. Fast forward to December 2010 when Mike was looking for a nautically inspired name to put on the labels of the home-brewed beer he was giving as holiday gifts. When word spread about the quality of his home brews and demand became overwhelming, Mike took Devil’s Purse pro. This was an unexpected turn of events.

“I was pursuing a career in the wine world, studying for a master of wine certification. One class focused on beer and spirits, and genetics and chemistry were also covered. With wine, it’s all about the quality of the grapes; beer is a more level playing field,” Mike says.
At the time there was only one craft brewery on Cape Cod and Mike saw a market need.
“Some of our first beers were an ESB and a kolsch—no one else was doing it,” Mike says. “Our beers also stand out for being inspired by European tradition,” he says.
Michael and his older brother and business partner Richard Segerson grew up in Greenwich, Connecticut, and spent every summer in Chatham, Massachusetts, so it follows that Devil’s Purse beers are sea-inspired, from Pollock Rip IPA to Intertidal Oyster Stout, which is brewed with fresh Cape Cod oysters.
The company’s three core beers are available in Connecticut: Handline Kolsch,
an unfiltered German-style kolsch, mildly hopped with vanguard; Surfman’s Check ESB, a malt-forward style driven by English malts and hopped with Northdown and East Kent Goldings; and the classic Pollock Rip IPA, featuring Apollo and Chinook hops for a dry finish. Other beers are available seasonally, and many more can be sampled at Devil’s Purse’s Cape Cod tap room, which is open year-round.
“We are thrilled that Devil’s Purse beers have been so well received in our home state,” says Rich. “It is not uncommon for locations to sell out during tastings.”
Devil’s Purse has partnered with distributors in each of the four states where it’s currently available. Distribution in Connecticut is through Star Distributors, Inc.
Businesses can also contact Connecticut sales directors Steve Healy (203) 550-2280 and David Hickey (203) 548-1620 directly.
TASTE DEVIL’S PURSE BEERS AT THESE UPCOMING EVENTS
September 20, BevMax, Hamden
September 21, BevMax, Norwalk
September 21, Last Taste of Summer, Harbor Point, Stamford
October 7, BevMax, Stratford
October 21, Temple Wine and Liquor, New Haven
October 22, Total Wine and Liquor, Norwalk 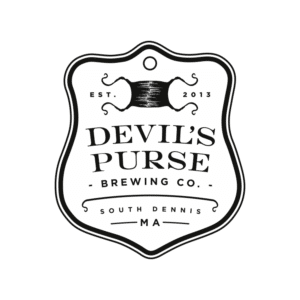