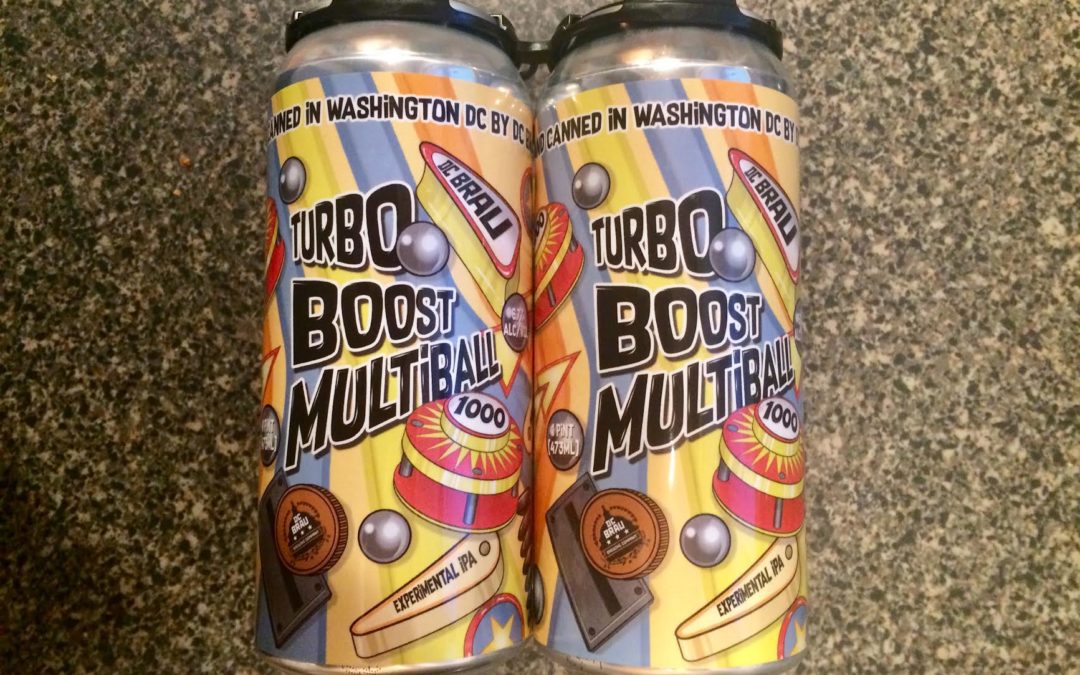 PRESS RELEASE / November 29, 2018 (Washington, DC) – DC Brau is excited to announce that Turbo Boost Multiball will be returning to market starting Saturday, December 8th. Initially released as a brewery exclusive, this experimental IPA quickly became a favorite among beer lovers throughout the District. Turbo Boost Multiball will be available in 16oz cans and on draft at the brewery, as well as accounts in DC, Maryland and Massachusetts. The team is excited to be pouring at BeerAdvocate’s IPA Fest on December 15th in Boston. We’ll be pouring Turbo Boost Multiball along with Sugar Leaf IPA & our Hazy Alpha Domina Mellis DIPA.

Not too long ago, our nation’s capital was a world-class beer town without a brewery to call its own. Since Christian Heurich had closed the doors to his brewery in the 1950s, Washington DC had no brewery whose products were available in local stores and on tap outside its site of production. There were brewpubs, yes, but no breweries. Enter Brandon Skall & Jeff Hancock.

Starting in 2009, the duo went about filling the glaring void in the local beer market. Two years later, on Tax Day 2011, DC Brau Brewing Company officially tapped its first keg of beer entirely brewed, packaged and sold within the District of Columbia. Since then, the brewery has crafted award-winning beer — utilizing a delicious and uniquely American blend of North American and European techniques and ingredients — with distribution throughout the greater National Capital Region, Maryland, Pennsylvania, Massachusetts and beyond.