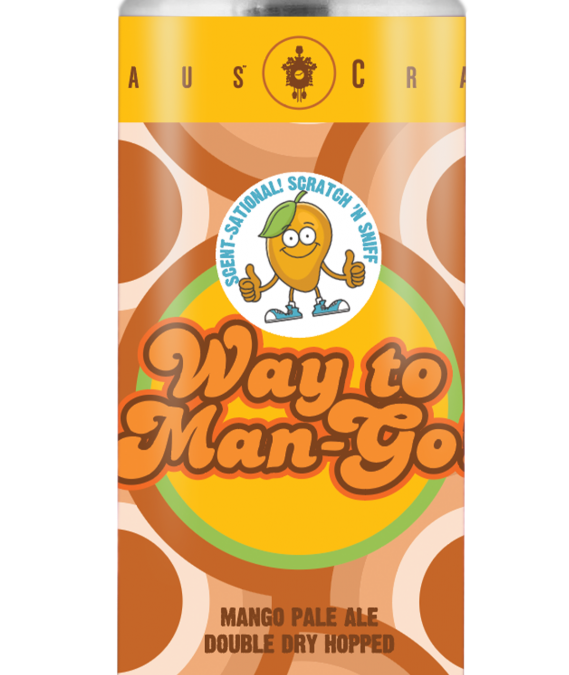 PRESS RELEASE / February 26, 2021 (Las Vegas, NV) –  CraftHaus Brewery, known for their innovative spirit, is set to launch Nevada’s first, possibly the country’s first, scented beer label for Way To Man-Go!, Double Dry Hopped, Mango IPA at both of their taprooms and across the valley of Southern Nevada on Friday, February 26th.

The sixteen-ounce beer can label was printed by Express Labels who are always up for the challenge to help CraftHaus stand out. Pink Kitty Creative, CraftHaus Brewery’s graphic designer, played with late seventies and early eighties colors to conjure nostalgia of grade school, collectible stickers.

Scratch ‘N Sniff™ is the trade name for a special kind of perfume or scent saturated printing in which the scent is enclosed in minute capsules, which can be broken open by friction. This micro encapsulation technology was debuted by 3M in 1965. The mango scent on the beer label is expected to be fragrant for approximately six months.

Way To Man-Go!, Mango IPA is double dry hopped with Citra, Simcoe and Cascade hops which provide a balance to the real mango fruit puree.  At 5.3% ABV, this fresh and hoppy beer not only smells good on the inside, but the outside is just as enticing. “The choice to use scratch ‘n sniff on a beer label was driven by our curiosity and playful nature, after all, beer should be fun,” Wyndee Forrest, Co-Owner and Founder, CraftHaus Brewery.

Way to Man-Go!, Mango IPA will see its first release in February and is slated to be brewed again in approximately four months. The beer will be on tap at both Henderson and Las Vegas taprooms. It is also available in sixteen ounce, four-packs to take away along with curbside pick-up and ship direct within designated states. Ship direct orders can be placed on the brewery’s website www.crafthausbrewery.com Four packs can be found across the Vegas Valley as well. 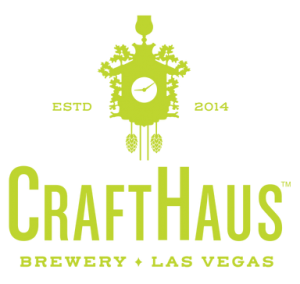