Craft Brewing in the Bay State: Defunct Brewers – Part 2 of a 3-Part Series

While creating our list of current Massachusetts breweries for part 1 of the series, we learned of several that had closed, some during what is often described as the bubble of the late 1990s, others more recently. While this list includes all the defunct craft breweries we could verify, it is a work in progress, and by no means complete. 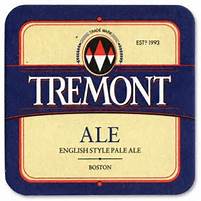 Craft beer drinkers of today are familiar with East Coast pioneers Sam Adams and Harpoon, but Boston’s first brewpub, Commonwealth Brewing Company (1986-2002), was widely respected as one of the best breweries in the country. Specializing in cask conditioned beers, the popular brewpub churned out world class beer for nearly two decades before its owner, more of a restauranteur than a beer drinker, shifted his focus from beer to food and eventually decided to close. Other Beantown breweries, including Atlantic Coast Brewing, better known as Tremont (1994-2001), Back Bay Brewing (1996-2000), Fort Hill Brewhouse (1996-1997) and Northeast Brewing Company (1997-2002) were also short lived. Check out Norm Miller’s excellent book, Boston Beer: A History of Brewing in the Hub for more on Boston’s pioneering role in craft beer.

The twelve years since have been considerably better for local craft beer brewers, but still, the Bay State hasn’t been immune to brewery shut downs. Cape Cod’s only brewpub, Hyport Brewing (2002-2005) in Hyannis, stopped brewing and sold its equipment to Cape Cod Beer. Then another popular brewpub, Owen O’Leary’s (1996-2008) in Framingham, discontinued its brewing operations. Pittsfield Brew Works (2005-2009) closed a year later (owners Bill & Christine Heaton later opened Big Elm Brewery), and shortly after, Rock Bottom (2002-2010) closed all but its Boston location, which essentially became a restaurant when it announced it would no longer brew its own beer on site. 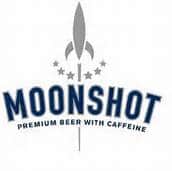 Rhonda Kallman’s caffeinated beer was grounded by the FDA.

2010 was also the year that Rhonda Kallman, former longtime partner at Boston Beer Company, closed her contract brewery New Century (2001-2010), producers of Edison Light and Moonshot, a caffeinated beer. Some six years after it had been introduced, Moonshot got caught up in the Four Loko controversy and was labeled a “public health concern” by the FDA. Another notable change around that time was the decision by Buzzard’s Bay Brewing to change its brand to Just Beer (2009-2012). After dropping its national distributor, the rebranded brewery shifted focus to beer made with local ingredients and sold to local restaurants and customers. After three years, the name was sold to Alchemy & Science, an umbrella company of Sam Adams. The brewery returned to its original namesake but maintained its emphasis on being a local farm brewery. 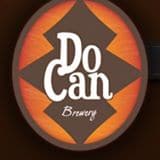 The first of three closings in 2015 was at Do Can Brewery (2012-2015) in Lowell when brewer Pat Slattery was tragically killed in an accident. The successful brewery had been the fulfillment of his lifelong dream. Two others, High & Mighty (2006-2015) and Howler Brewery*** (2013-2015), both contract brewers, called it quits that year as well. Another, Enlightenment Ales** (established in 2010) went on hiatus in 2015 when Ben Howe, also head brewer at Idle Hands, took a brewing job in Norway. Around the same time, Banner Beer** (established in 2013) also went on hiatus so that brewer Todd Charbonneau (previously at Harpoon) could pursue a new venture with Dorchester Brewing Company, which opened last summer.

Then of course there’s Pretty Things Beer & Ale Project (2008-2015), the self-proclaimed gypsy brewer that ended their successful run in late 2015 after veteran brewer Dan Paquette blew the whistle on the pay-to-play scandal. The following year was also relatively quiet, with just two brewers going out of business: Contract brew Wicked Pissa (2012-2016) faded away*, and Goodfellow’s Brewing (2013-2016), a farm brewery in Lakeville, ceased production of its beer in October. So far in 2017, we know of just two closures: Holyoke’s Paper City Brewery (1996-2017), known mostly for its contract brewing business, and Glass Bottom (2012-2017), who began as a brewery in Lee before converting to contract and then closing when Paper City went under. 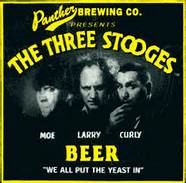 More a collector’s item, Three Stooges Beer was the brain child of a Norwood company.

Other defunct breweries we identified, but whose dates of operation we couldn’t fully verify include Panther Brewing, a Norwood company that contract brewed novelty beverages including a Three Stooges Beer, and the Brewhouse Cafe & Grille on Cabot Street in Lowell, where Beer Works sits now. Five others, who all appear to have closed in the 1990s, include Coastal Brewing Company in Duxbury, Clamtown Brewery in Ipswich, Olde Salem Village Brewing in Danvers, Pioneer Valley Brewpub in Springfield, and Broad Street Brewing in Boston.

If you know of a defunct Bay State brewery that isn’t listed, send us the details in the “submit a comment” section below.

* Wicked Pissa was dropped by it’s distributor and does not currently have a deal with any breweries accepting contracts, but they have not officially given up on the brand.

** Banner and Enlightenment have since been confirmed as closed for good.