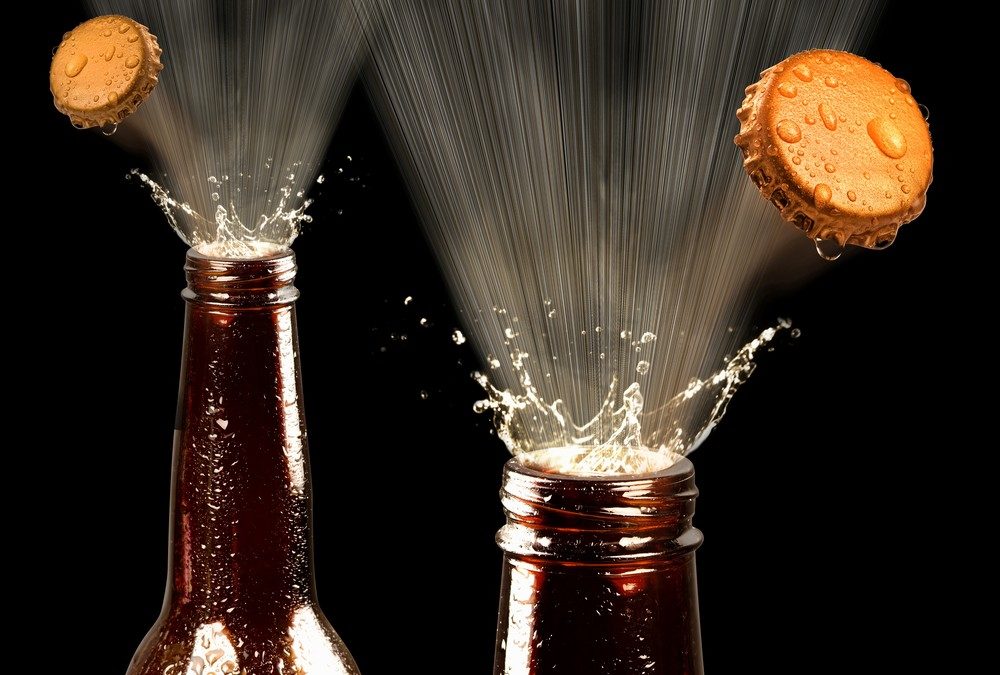 It was just about a year ago that we posted a blog with the headline “Craft Beer Scene Exploding in Southeastern Mass.,” touting the state’s fastest growing region. Well, it’s deja vu all over again. Nine new breweries later, ten if you include contract brand Shakesbeer, and the area shows no signs of slowing down. We’ve heard of at least a dozen major happenings planned for the coming months, including new breweries, expansions, and other developments. We plan to run a number of stories as more details trickle in. Meantime, here’s a rundown of what we know so far.

Taunton will burst onto the craft beer scene in 2018 when production brewery Berkley Beer relocates and opens a new 7,500 square foot brewery and taproom at 10 Ingell Street. Nearly half the space will be allotted to retail sales of flights and full pours of their flagship brews and some barrel-aged goodies. Like many of the trending destination breweries, Berkley will offer in-house food including pretzels, cheese boards, and pizza. The expected occupancy will be 135, with more seats spilling out onto a patio they intend to build along the Taunton River.

Brewer and founder Glenn Barboza plans to continue brewing at his production brewery in Berkley during the transition and hopes to keep up with demand by canning for the first time, starting with his Padelford Pale Ale. He’s looking forward to breaking in a new 7-barrel system, with 15-barrel fermenters for double batches, once demo and construction of the new space are complete. If all goes to plan, he’ll fire up the new brew kettle some time next summer. 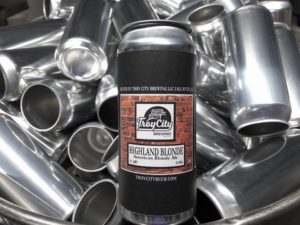 Sign up for the Troy City Brewing newsletter for a chance to try their upcoming first beer release.

It appears as though Fall River may also get its first brewery in 2018. According to the Troy City Brewing Facebook page, founder Keith Carvalho recently left his post as head brewer at Shovel Town Brewery to focus on opening a nano brewery and taproom in an existing building down town.

A successful home brewer before his stint at Shovel Town, Carvalho is currently redesigning his brewing system to commercial grade and has started brewing test batches that he plans to give away to solicit feedback from the public.

Though information is sparse, we understand another brewery, Canned Heat Craft Beer Co., is also in the planing stages of opening a brewery in Fall River. An add placed on Brewbound’s job page in late September describes the venture as “an upstart brewery located in South Coast Massachusettes looking for a head brewer to create a world class Hop forward lineup of beers to be sold at our waterfront brewery and distributed throughout southern New England.” If all goes according to plan, they hope to be open in late spring.

6A Brewing in Sandwich is among three new breweries slated to open on the Cape in 2018.

Don’t look now, but Cape Cod will soon have as many breweries as it has beaches. Joining Barnstable Brewing, who opened over the summer, are three more breweries slated to open in the coming months: Aquatic Brewing in Falmouth, 6A Brewing in Sandwich, and existing contract brewer Naukabout in Mashpee. All three received the necessary state approvals recently, but no hints yet as to when they might be opening. Stay tuned.

Nearby Plymouth, another emerging beer destination in the southeast, also has a pair of new breweries in the works. Any week now, Second Wind Brewing will open in its downtown brewery and taproom to eager visitors. They’ve been chomping at the bit while inching closer to an opening. Recently they provided samples and had a limited number of crowlers for sale at the local Craft Beer Cellar. Watch their social media for a grand opening announcement soon. Also be on the lookout for home brewer Mike Pasalacqua’s nano operation, Harper Lane Brewery, to go commercial in the near future. Once his state license comes through from the ABCC you should expect to regularly see him on tap as a guest brewer at Independent Fermentations.

Further up the South Shore, pending breweries in both Marshfield and Hanover recently shared exciting news on their social media accounts. Two weeks ago Stellwagen Beer Co. in Marshfield signed a lease for its planned brewery and taproom in Marshfield, and just last week Burke’s Alewerks posted the following about its forthcoming micro brewery and taproom in Hanover: “State license approved! On to local approvals and wrapping up the buildout.” One other brewery in that area that we’re tracking is Cedar Point Brewing. The name has been trademarked and license approval has come in, but no other clues have emerged as to when they plan to open, or where. We’ll let you know if we hear anything. 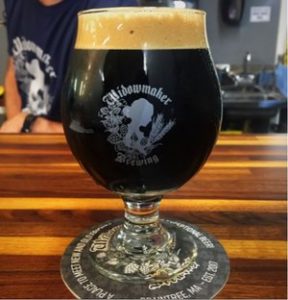 Widowmaker Brewing in Braintree is among the record 11 new breweries to open in the Southeast region in 2017.

We’re also aware of a pending brewery in Weymouth, Article Fifteen Brewing, who just signed a lease for a space on Washington Street (Route 53). Founder and head brewer Leo Reordan, a former combat medic in the U.S. Army, is in the process of securing finances for the brewing system, so don’t expect an opening until later in 2018. We know of at least one other brewery-in-planning seriously considering a Weymouth home, but we’re sworn to secrecy. From what we hear, Mayor Bob Hedlund is a craft fan himself, and wouldn’t hate it if Weymouth emerged as another regional craft beer destination.

No news on a permanent location yet, but Anawan Brewing is inching closer to becoming a commercial brewery. They recently purchased equipment for a half-barrel pilot system and have begun construction on “The Lab,” where they plan to hone recipes and focus on quality and consistency while continuing their search for a brewery and taproom location, likely in Dighton. Test batches are already coming out, so hit them up on social media for a chance to win some free samples.

Another home brewer looking to go pro that we’ve been tracking is Crue Brew Brewery, whose already ordered their 5-barrel system and is reportedly close to signing a lease for a brewery space and taproom in Raynham. Official word could come as early as this week, so keep your fingers crossed.

Shovel Town Will Double in Size, More Expansions In The Works

Shovel Town Brewery in Easton, not even a year old, has already outgrown its cozy nano brewery and taproom. But no worries, they’ve leased the adjacent space and will expand both the brewery and taproom. The additional square footage will allow them to double production by moving to a 5-barrel system, and to double occupancy by adding an indoor bier garden. Town approvals have already been secured and both the brew house installation and taproom expansion are under way. The whole project should be complete in time for their first anniversary in February, which promises to be quite a shindig.

Another brewery whose admiring patrons have been clamoring for a more accommodating taproom is Bog Iron Brewing in Norton. After a year long search for another property, the co-founders appear to have settled for a taproom renovation and expansion of their existing space, but no details have emerged as of yet. Others have big plans in store also. You didn’t hear it from us, but Buzzards Bay and IndieFerm might just have expansion plans for 2018.

Lastly, Black Hat Brew Works in Bridgewater will celebrate its 2nd anniversary with a beer bash on upcoming Black Friday. They’ll be open from 10:00 to 10:00 with food trucks and special beer releases all day. Forget the holiday shopping, this is a party you won’t want to miss.

We’ll leave you with this: Already home to to a region-high 26 visitable breweries, the southeast could see as many as a dozen more open by this time next year. We’d say that qualifies as a boom. Stay thirsty, and cheers.