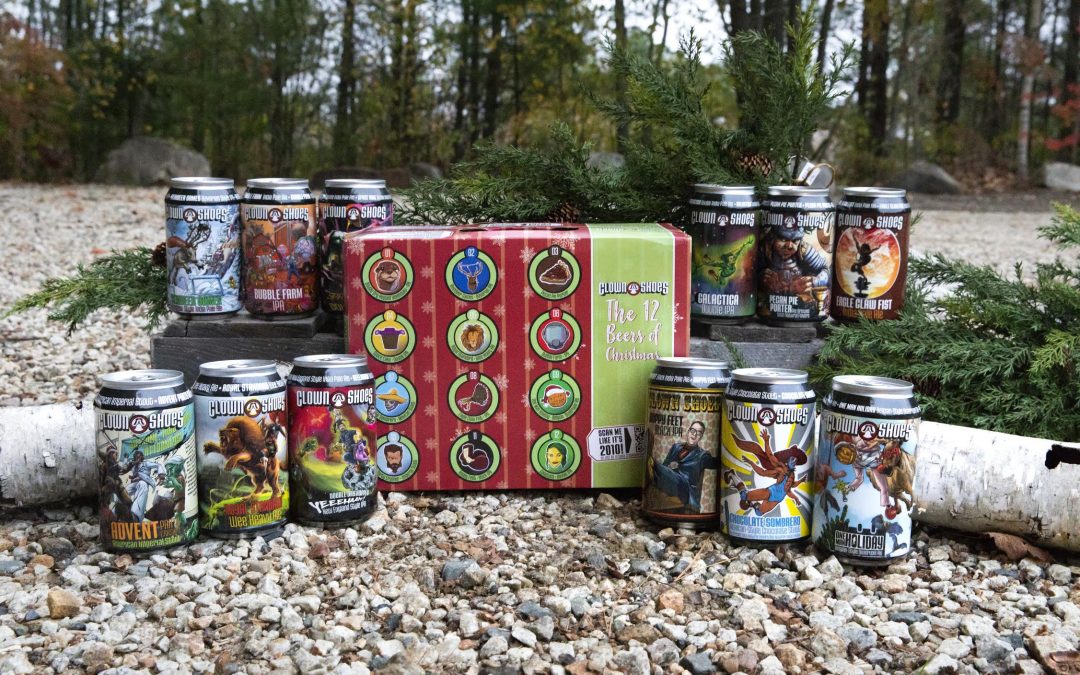 PRESS RELEASE / Boston, MA – October 28, 2020 – ‘Tis the season to drink and be merry, and this holiday season Clown Shoes has the ultimate offering for the beer lover in your life. Clown Shoes is pleased to release its first-ever mix pack, 12 Beers of Christmas, featuring 12 unique beers ranging from IPAs to stouts with an average ABV of 7.6%.

While three of the beers are core to the Clown Shoes beer lineup, the other nine are only available in this new, limited-time offering making each beer a gift of its own. The mix-pack gives fans something new to sip on for each of the 12 days leading up to Christmas, building anticipation, excitement and celebration with each sip.

“Everyone loves a good holiday count down, and in a year that brought so many changes we thought it was the perfect opportunity to release our first ever mix pack as a unique way to celebrate the run up to the holidays,” said Gregg Berman, Clown Shoes founder. “With 12 different beers for 12 different days, we hope that this mix pack can be enjoyed by friends near and far, trying new brews and enjoying old favorites whether in person or virtually.

Here’s a look at the beers included in Clown Shoes 12 Beers of Christmas mix-pack:

Light in color with a touch of haze, this American IPA maintains an approachable medium-body without sacrificing any of the full aroma and flavor of copious dry hopping additions of Simcoe, Azacca, and Idaho 7 hops.

Sweet flavors blossom from additions of vanilla and cinnamon, while a spicy body gets its kick from ancho chile powder. Dark malt flavors provide a robust palette upon which one may don the Chocolate Sombrero.

A tropical citrus-focused Hazy IPA with Citra, Azacca, and Mosaic hops leading the way, DDH YEEEHAAW! is an explosion of the fruit notes and smooth full-bodied flavor that is exemplary of this modern style.

Dry hopped with Galaxy Hops, this Double IPA balances a hop profile of light bitterness and notes of tropical fruit, citrus, and pine with a clean malt backbone.

Hoppy Feet was Clown Shoes’ first ever release, a Black IPA that made little sense as the launching point for a brand, but satisfied a thirst and set us on a path that 10+ years later we are forever grateful for. Black malts deliver deep, rich roasted dark malt flavor, while Simcoe, Columbus, and Amarillo hops contribute a perfectly balancing dose of piney hop notes.

A seasonal favorite to go alongside a classic dessert, Pecan Pie Porter puts sweet dessert flavors inside a full-bodied and robust porter.

Beautiful, malt-forward and red-hued IPA that is crafted with both German and American hops and malts. Let the games begin!

An amber IPA with a modern hop bill that balances strong malt flavors with notes of citrus, pine, and a touch of resin.

Who does not love a chocolate orange during the holiday season?! We took the base recipe from our winter-time favorite American Imperial Stout, Undead Party Crasher, and added mandarin orange flavor along with sweet orange peel to add a little splash of citrus.

This Double IPA features robust hop aromas that carry through to the strong juicy flavors of tropical citrus. A sweet and strong malt backbone pairs with a subtle booziness to make Space Cake an approachable DIPA fit for an extraterrestrial odyssey.

Malty, creamy, and moderately sweet, we brewed this Wee Heavy with Scottish Golden Promise barley malt to add a deep fullness and a hint herbal/floral tenderness.

Rich, malty, and full of dark/ripe fruit sweetness. Unlike most beers in the pack you’ll be hard-pressed to find any hop flavor here!

Clown Shoes 12 Beers of Christmas is available for retail nationwide beginning in late October. All beers included are in 12 oz. cans and the mix packs will retail for a suggested price of $26.00. To see where it is sold, check out the Clown Shoes beer finder: https://clownshoesbeer.com/beer-locator/. 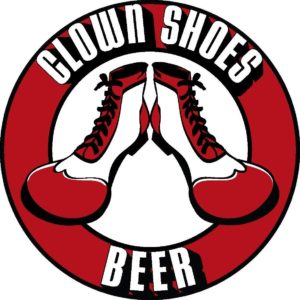