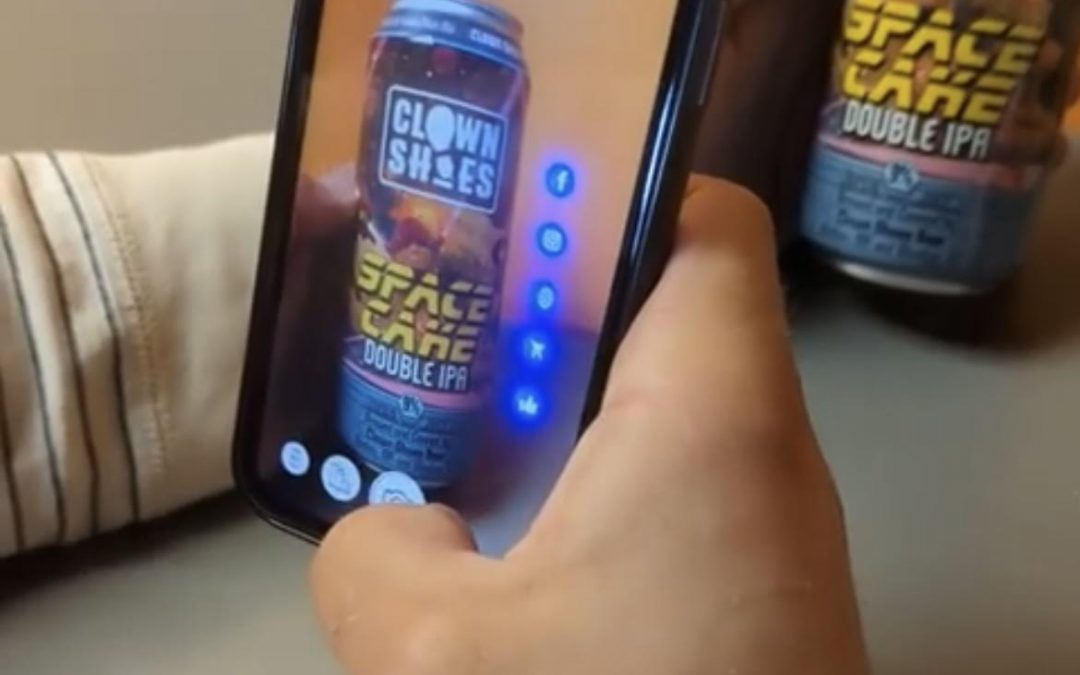 Designed in partnership with Australia-based augmented reality app Swigr, the augmented reality label for Clown Shoes Space Cake Double IPA offers five different settings to toggle through – the first being a lifelike animation of the beloved characters featured on the label. Users can also get the latest updates on special events and announcements from Clown Shoes, get a recommendation on what beer they should try next, and play a retro-style “Beer Invaders” game using the can.

Fans can get an up-close look at the technology themselves by downloading the Swigr app and grabbing a can of Space Cake Double IPA wherever Clown Shoes is sold. An example of what the label looks like can also be found: Clown Shoes AR