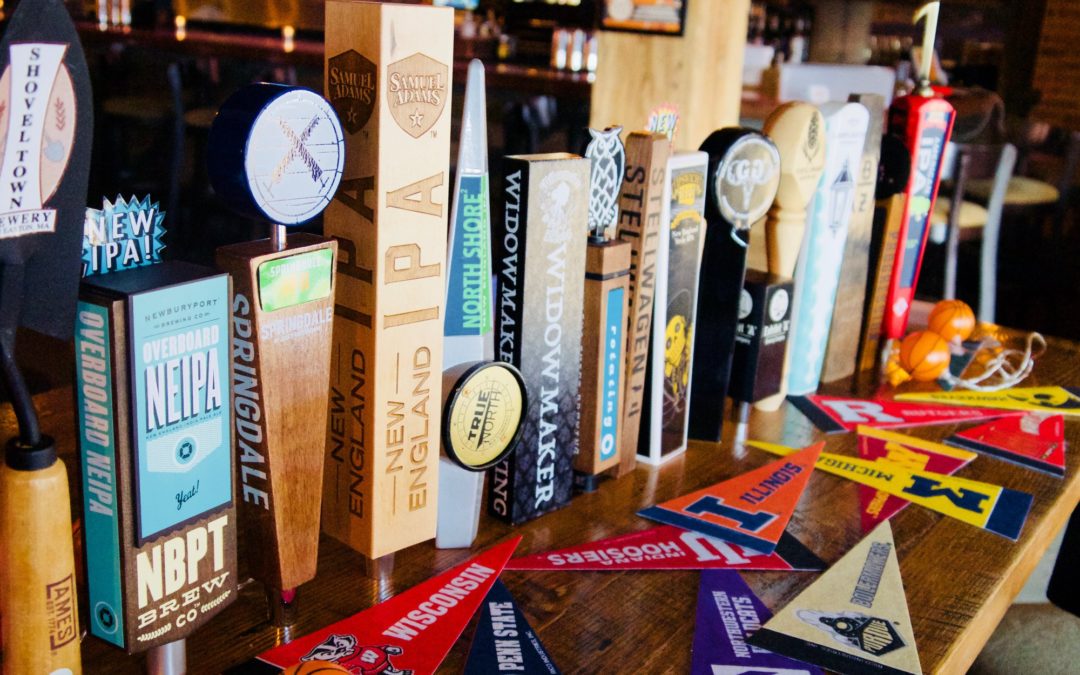 PRESS RELEASE / February 27, 2020 (Boston, MA) – Let the madness begin! In honor of this year’s NCAA Basketball Tournament, one of America’s greatest sporting events, City Tap House is hosting some “March Madness” of its own. Since college teams from around the country have the basketball part covered this March, City Tap House has designed an epic tournament centered around one of the things it knows best…BEER!

Taking place from March 6 – April 3, “Brewery Madness” features 16 different Massachusetts breweries battling it out for beer supremacy. Split into regions, this bracket-style tournament has very simple rules for its participant breweries: sell more beer in a week than your opponent and move onto the next round. As part of “Brewery Madness,” participating breweries will be on site hosting activities, games, and tastings throughout the tournament, especially during the first week (March 6-12).

The best part is that, by purchasing beers at the bar, guests will be the ones ultimately deciding which breweries progress in the tournament. That’s why City Tap House is encouraging Boston beer drinkers to come out and support their favorite breweries by enjoying a few cold ones during the NCAA Tournament games.

The event will also include a brewery-themed bracket challenge featuring cash prizes! While at City Tap House, guests will be invited to fill out the “Brewery Madness” tournament bracket for a shot at winning gift cards. Those who fill out perfect brackets will receive a City Tap House gift card for $248 (in honor of the late Kobe Bryant’s two jersey numbers), and those who pick the ultimate champion will receive a gift card for $24. Further honoring Kobe, City Tap House will be offering Kobe beef meatballs with hoisin BBQ sauce and broccoli slaw for $8.24, in addition to its full menus.

The participating breweries are as follows:

The month-long event will kick off on Friday, March 6, and will run through Friday, April 3, when the winning brewery is crowned. Below are the dates for each round:

COST: Admission to this month-long event is complimentary.

For us, craft is everything. “Craft” is most often defined as doing things by hand. But we’d like to be more specific. For us, craft is complex, innovative beers. Craft is food that inspires and surprises the palate. Craft is service that delights and exceeds your expectations. Most importantly, craft means championing love and integrity in every aspect of what we do. Great beer and even better food — for everyone. City Tap House’s Boston outpost is a beer & ale lover’s paradise boasting 60 draught lines, with a total of 100+ beers offered, complemented by a menu of elevated pub cuisine. It is located at 10 Boston Wharf Road, at the corner of Congress Street, in the Fort Point neighborhood. For more information, please call (617) 904-2748 or visit www.boston.citytap.com. Follow City Tap House in Boston on Facebook, Instagram and Twitter at @CityTapBoston.