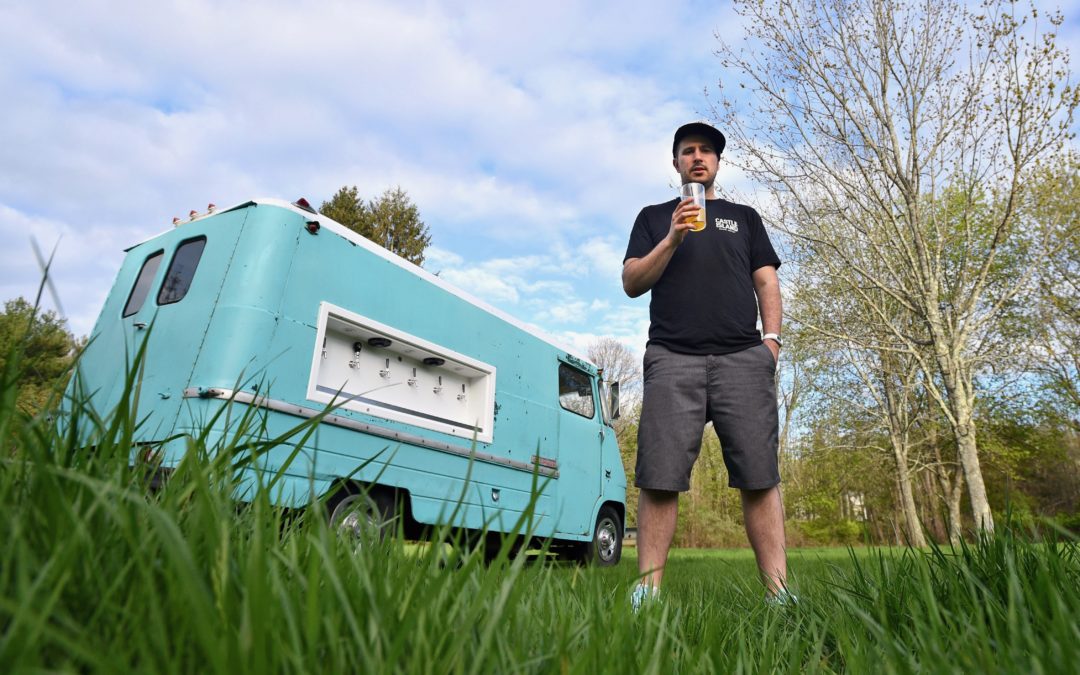 PRESS RELEASE / July 15, 2019 / Sharon, MA – Chef Avi Shemtov this month tapped the very first barrels of Uncle Dave’s Belgian White, a complex but easy-drinking ale which he brewed in collaboration with the team at Barrel House Z brewery in Weymouth.

“I’m delighted to report that Uncle Dave’s Belgian White has been our most popular new offering here at Simcha and at recent Tapped events, including our weekly Saturdays in the Park beer garden series in Quincy,” said Shemtov.

“The food at Simcha is inspired by flavors from around the Mediterranean world and we wanted a beer available exclusively for our guests that reflected those influences,” said Shemtov, who also owns The Chubby Chickpea Food Truck, which has been serving falafel, shawarma and hummus to guests across Greater Boston and outside the region’s best breweries since 2010.

Simcha features a small but exclusive list of hyper-local craft beers from the Bay State’s best breweries, with a specific focus on those beers brewed south of Boston. The name of the new brew pays tribute to Shemtov’s uncle Dave White, who passed away the day before the beer was brewed.