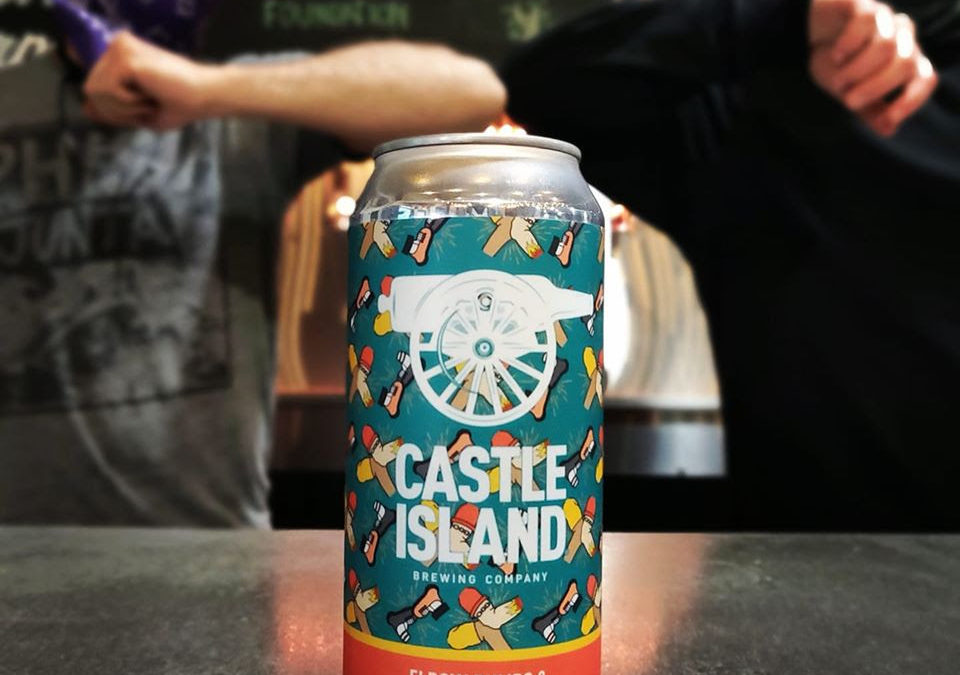 PRESS RELEASE / April 22, 2020 (NORWOOD, MA) – When Castle Island Brewing released a beer named Handshakes & Hi-Fives, they had no idea an impending global pandemic would render these social greetings dangerous. But like so many members of the hospitality industry, the young, upstart brewery has been forced to make dramatic changes to its business, creating anxiety and uncertainty about the future.

To help their colleagues in the restaurant business, Castle Island is following up Handshakes & Hi-Fives with Elbow Bumps & Foot Taps, a hazy IPA. Proceeds from sales of the beer will go to the Restaurant Strong Fund, a relief fund started by the Greg Hill Foundation and Sam Adams that benefits hospitality workers affected by the COVID-19 outbreak. 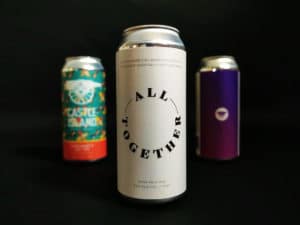 The Norwood brewery is also participating in All Together, a worldwide collaboration hosted by New York’s Other Half Brewing, that developed the program in response to this crisis. More than 500 breweries are slated to release their own take on All Together, an India Pale Ale, and Castle Island’s version will also benefit the Restaurant Strong Fund.

“Nearly half our beer is sold in bars and restaurants,” said Adam Romanow, Castle Island’s founder. “We have built amazing friendships with the people at these places, and our hearts ache to see them so heavily impacted by this virus.”

Castle Island expects to raise more than $5,000 for Restaurant Strong from the combined sales of the two beers. At $1,000 per grant, this will provide emergency grants for at least five hospitality workers who have been left unemployed by the impacts of COVID-19.

To maximize the donation, Castle Island will be selling both beers exclusively at their Norwood brewery.Elbow Bumps & Foot Taps is set to be released on Friday, April 24th, with All Together debuting the following week. Both beers will be available for preorder from Castle Island’s online shop (www.castleisland2go.com), and can be picked up curbside at the brewery once released.

Like other leaders in the craft beer industry, Castle Island is also turning expired beer into hand sanitizer. The brewery is working with Boston’s GrandTen Distilling to distill out-of-code beer into neutral spirit, which will then be returned to the brewery for blending into hand sanitizer based on a CDC-approved formula. While donation of this first batch of sanitizer has already been committed to the medical community and essential workers, Castle Island expects to produce more sanitizer in the future.

“The demand has been higher than we ever could have anticipated,” added Romanow. “There’s not normally much of a market for old beer, but we’re thrilled that we can turn it into a positive contribution during these extraordinary times.”

More information about the brewery can be found at Castle Island’s website (castleislandbeer.com) along with hours and additional information about the brewery, including a list of retail locations. The retail shop is open 7 days a week and is located off Route 1, at 31 Astor Ave. in Norwood, Mass. Email contact@castleislandbeer.com or call 781.951.2029 with any other questions.

About Castle Island Brewing Company:
Castle Island is an award-winning brewery dedicated to the idea that beer should be inclusive, approachable, and amazing. You can find their beer throughout southern New England in cans and on draft, as well as at their Norwood brewery and taproom.