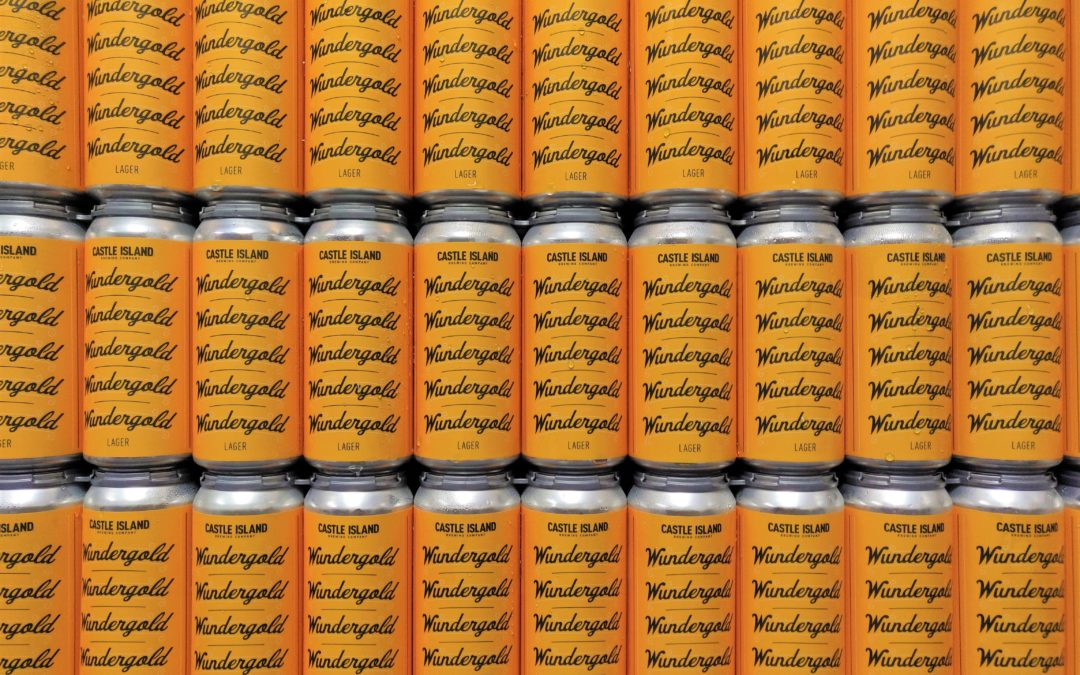 Wundergold cans will be released at the taproom’s retail store on Saturday with four-packs hitting the market shortly thereafter.

This 5.8% ABV easy-drinking lager is clean and crisp and boasts a malty backbone of toasted bread crust with a hint of candied cherry and delicate floral notes. The simplicity of this style gives Wundergold’s nuanced characteristics a chance to shine.

“We’ve been turning the screws on a traditional Märzen recipe since early this year and had been quite pleased with the initial test batches,” comments Head Brewer Matt DeLuca. “Wundergold is our take on an old-world style that represents the passing of seasons, and we couldn’t be happier about adding another lager to our wholesale rotation this harvest season.” 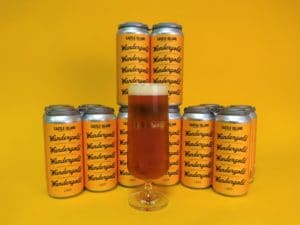 To celebrate Wundergold’s launch on Saturday, August 17th, Castle Island’s taproom will play host to a culinary showdown pitting local brewery food pop-ups Brato Brewhouse & Kitchen and CUFFS Counter head-to-head in a fried chicken competition. The dishes will incorporate Wundergold, and taproom visitors can vote on their favorite interpretation throughout the day. The champion will be announced at the end of the event and on the company’s social media channels. The event will also feature live music set to the backdrop of Castle Island’s production space and will see the special release of limited edition Wundergold glassware.

Wundergold will be shipping to retailers in Massachusetts and Rhode Island in both kegs and four-packs of 16-ounce cans. The beer will also be available in the company’s Norwood taproom beginning this Saturday, August 17th.

Located off Route 1, at 31 Astor Ave. in Norwood, Mass., the taproom and retail shop are open to the public 7 days a week. Hours as well as additional information about the Wundergold event, brewery, and a list of retail locations can be found on Castle Island’s website (castleislandbeer.com).

Castle Island Brewing:
Castle Island is an award-winning brewery dedicated to the idea that we should all be excellent to each other. With a deep portfolio of ales and lagers, we make offerings that are both amazing and approachable. Whether you find yourself discovering Castle Island for the first time or have returned for another round, you can expect a stellar experience from the very first to the very last sip. You can find our beer throughout Massachusetts and Rhode Island in cans and on draft, as well as at our Norwood brewery and taproom.