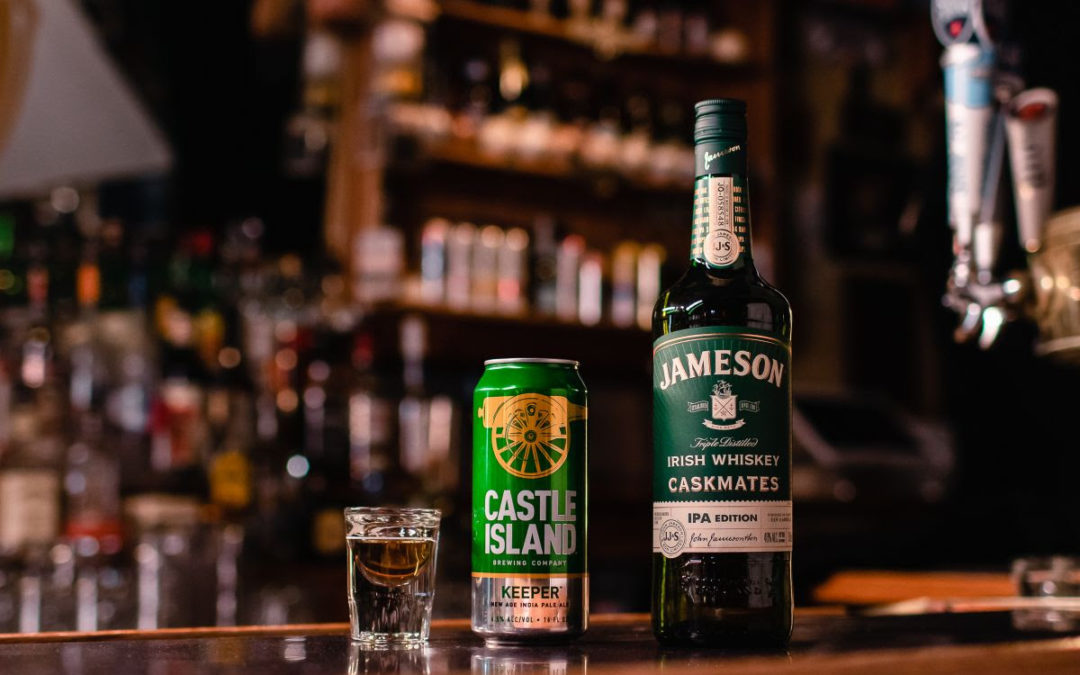 PRESS RELEASE / February 5, 2020 (NORWOOD, MA) – Castle Island Brewing Company distinguished itself in 2019 by being the only Massachusetts brewery to medal at the Great American Beer Festival®. Now, in 2020, the Boston-area brewery is the newest brewery tapped for the innovative Jameson® Caskmates Brewery Program.

Castle Island received 20 Jameson casks that were filled with their flagship beer, Keeper IPA. This East-meets-West Coast style India Pale Ale’s citrus characteristics blend with notes of oak and vanilla for a fresh interpretation on a brand that contributes to most of the brewery’s output.

“The opportunity to partner with Jameson Caskmates on this awesome program is a great honor,” said Adam Romanow, Castle Island’s President & Founder. “Not only are we excited about the collaboration beer, but we’ve also built a great bond with our new friends at Jameson that highlights what makes this industry so special.” 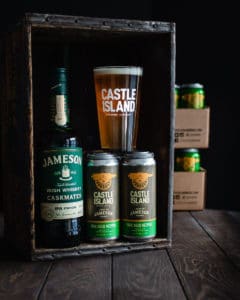 The collaboration beer debuts at this February’s Bartender’s Ball launch party, which will be held at Big Night Live in Boston. The beer, aptly named Oak Aged Keeper, will then hit the market in limited amounts on draft and in 16-ounce cans in the Greater Boston area.

The collaboration between Castle Island and Jameson Caskmates connects with the deep Irish heritage that Boston was built on and brings together the famed Irish whiskey casks with a brewery that has roots and personal history in the proudly Irish South Boston neighborhood.

“Partnering with local craft breweries like Castle Island Brewing who love what they do and love to innovate is what the Jameson Caskmates Brewery Program is all about,” said Matt Foley, Jameson Brand Director at Pernod Ricard USA. “We are excited to bring Castle Island Brewing Company into our family of breweries and to launch the newest Jameson Barrel Aged Beer with them just in time for St. Patrick’s Day”.

To celebrate this partnership, Castle Island and Jameson Caskmates plan to feature beer and whiskey pairings through a series of Love Thy Neighborhood events at to be announced locations in the Downtown, Fenway, and South Boston neighborhoods this March.

Oak Aged Keeper debuts on draft and in four-packs at Castle Island’s Norwood taproom as well on Saturday, February 22nd. The brewery event features Irish music from local band, Boston Erin’s Og, Jameson®-barrel-smoked meat and other special menu items from Keane’s Wood-Fired Catering, and an in-depth look at the Jameson Caskmates series provided by the brand itself.

More information about the partnership can be found at Castle Island’s website (castleislandbeer.com) along with hours and additional information about the brewery, including a list of retail locations. The taproom welcomes visitors 7 days a week, and their taproom and retail shop are located off Route 1, at 31 Astor Ave. in Norwood, Mass. Email contact@castleislandbeer.com or call 781.951.2029 with any other questions.

About Castle Island Brewing Company:
Castle Island is an award-winning brewery dedicated to the idea that we should all be excellent to each other. With a deep portfolio of ales and lagers, we make offerings that are both amazing and approachable. Whether you find yourself discovering Castle Island for the first time or have returned for another round, you can expect a stellar experience from the very first to the very last sip. You can find our beer throughout southern New England in cans and on draft, as well as at our Norwood brewery and taproom.

Pernod Ricard USA is headquartered in New York, New York, and has more than 700 employees across the country. As “creators of conviviality,” we are committed to sustainable and responsible business practices in service of our customers, consumers, employees and the planet. Pernod Ricard USA urges all adults to consume its products responsibly and has an active program to promote responsible drinking. For more information on this, please visit: www.responsibility.org.