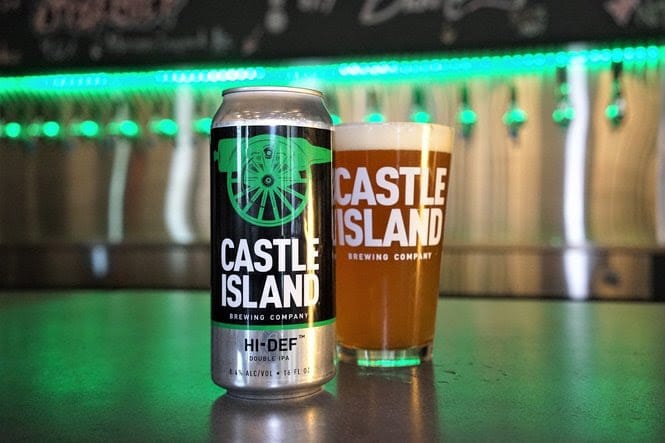 FOR IMMEDIATE RELEASE NORWOOD, MASS. – On the heels of its recent taproom opening, Castle Island Brewing Company is expanding its core line-up with the release of Hi-Def, a new Double IPA.

Known for its other year-round beers, Candlepin Session Ale and Keeper IPA, Castle Island has gained local praise and was recently named the Best New Brewery in Massachusetts by RateBeer, an online beer rating site. Hi-Def marks the first addition to the core lineup that will be available throughout Castle Island’s distribution network since the Company opened its doors in late 2015.

“We have released a number of Double IPAs over the last year and a half, but only sent out a limited number of kegs to the market.” said Castle Island President, Adam Romanow. “The increased demand for Double IPAs from both customers and local retailers has been deafening, so we’re really psyched to have Hi-Def available all year long in both cans and kegs.”

The beer taps into one of the hottest categories within the craft beer segment, a new breed of Double IPA which tempers traditional bitterness and instead favors a soft, “pillowy” mouthfeel with a focus on fruit-forward hop flavor and aroma. 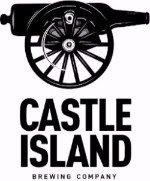 Castle Island is hosting several Hi-Def release parties including at their new taproom on September 2nd.

To develop the recipe for Hi-Def, Castle Island utilized several hops that have been popular for some time now – including Warrior, Citra, and Mosaic – as well a relatively newer hop, Idaho 7, which was first released in 2015 and is known for pungent tropical fruit aromas.

“We played around with some samples of Idaho 7 on our pilot system,” added Head Brewer, Matt DeLuca, “and were blown away by the complexity and intensity of its flavor and aroma. We knew we had to use it in Hi-Def.”

Hi-Def will be available in four-packs of 16-ounce cans and on draft throughout Massachusetts. The beer will begin shipping to retailers beginning the week of August 21st. Castle Island has also scheduled a number of launch week events throughout the Commonwealth, including parties in Worcester, Plymouth, Cambridge, and Danvers. Details about these events are available on the Company’s website.

For additional information about the brewery and for an updated list of retail locations where Castle Island beers can be found, please visit the company’s website (castleislandbeer.com) and Facebook page (facebook.com/castleislandbeer). Email contact@castleislandbeer.com or call 781.951.2029 with any other questions.