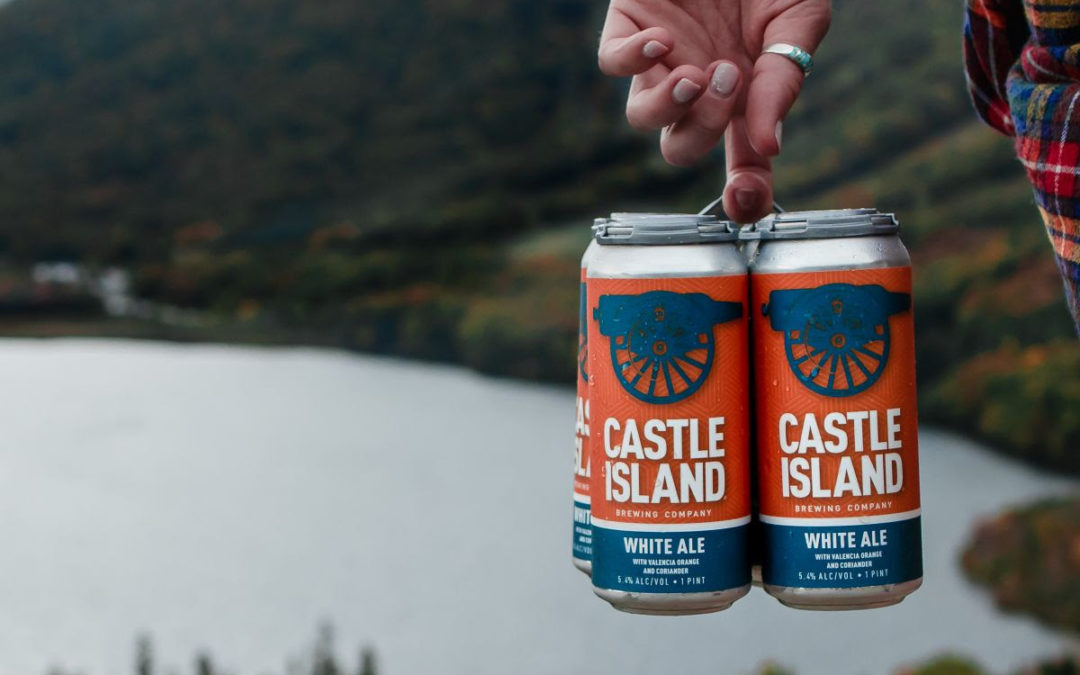 PRESS RELEASE / October 7, 2019 (NORWOOD, MA) –  Castle Island fans living in the Nutmeg State will find reason to celebrate. The company announced today that it will begin distributing its award-winning beers to Connecticut through a partnership with G&G Beverage Distributors.

“We have always had an eye on expanding distribution to Connecticut, but not until now has the timing felt right,” said company Founder, Adam Romanow. “Since we first went out of state in March, we’ve started to really understand the brand’s potential in other New England markets. Connecticut is both a logical and strategic next step for us.” 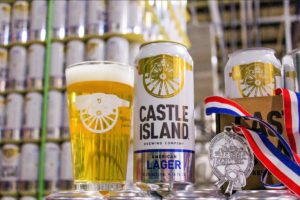 “We were drawn to G&G not only because of their thoughtful approach to beer, but also because it was clear that they have fostered a culture of commitment and partnership. It’s hard to put a price on that,” Romanow added.

For the time being, Castle Island beers will only be distributed in New Haven, Fairfield, and Litchfield counties, but the brewery plans to fill out statewide distribution in the near future. 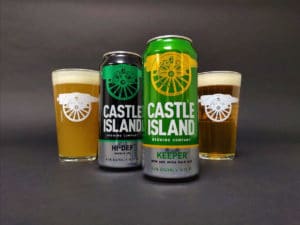 Keeper, Castle Island’s flagship IPA, and Hi-Def, a Double IPA, round out the distribution portfolio.

Castle Island will supply the market with four of its best-selling products, including Keeper IPA, American Lager, White Ale, and Hi-Def Double IPA. The four beers will be sold in 16-ounce cans as well as draft formats for area bars and restaurants.

“Connecticut beer enthusiasts should get excited about this brand,” said Mark Gingras, President of G&G Beverage Distributors. “After we first tasted Keeper IPA we knew they had something great; both the liquid and quality were incredible. We are thrilled to solidify our partnership with Castle Island and eager to help the brand reach its full potential in our market.”

Castle Island and G&G will be celebrating the market launch with local events at The Blind Rhino in Bridgeport on Wednesday, October 9th, and Prime 16 in New Haven on Thursday, October 10th.

For Romanow, expansion to the state also holds a personal connection. Romanow earned his undergraduate degree and met his wife at Connecticut College in New London, and still has family in New London and West Hartford.

“While I’ve pretty much always lived in Boston, Connecticut holds a special place in my heart. It feels like a bit of a homecoming,” said Romanow.

Located off Route 1, at 31 Astor Ave. in Norwood, Mass., Castle Island’s taproom and retail shop are open to the public 7 days a week. Hours and additional information about the brewery, including a list of retail locations, can be found on the company’s website (castleislandbeer.com).

Castle Island is an award-winning brewery dedicated to the idea that we should all be excellent to each other. With a deep portfolio of ales and lagers, we make offerings that are both amazing and approachable. Whether you find yourself discovering Castle Island for the first time or have returned for another round, you can expect a stellar experience from the very first to the very last sip. You can find our beer throughout southern New England in cans and on draft, as well as at our Norwood brewery and taproom.