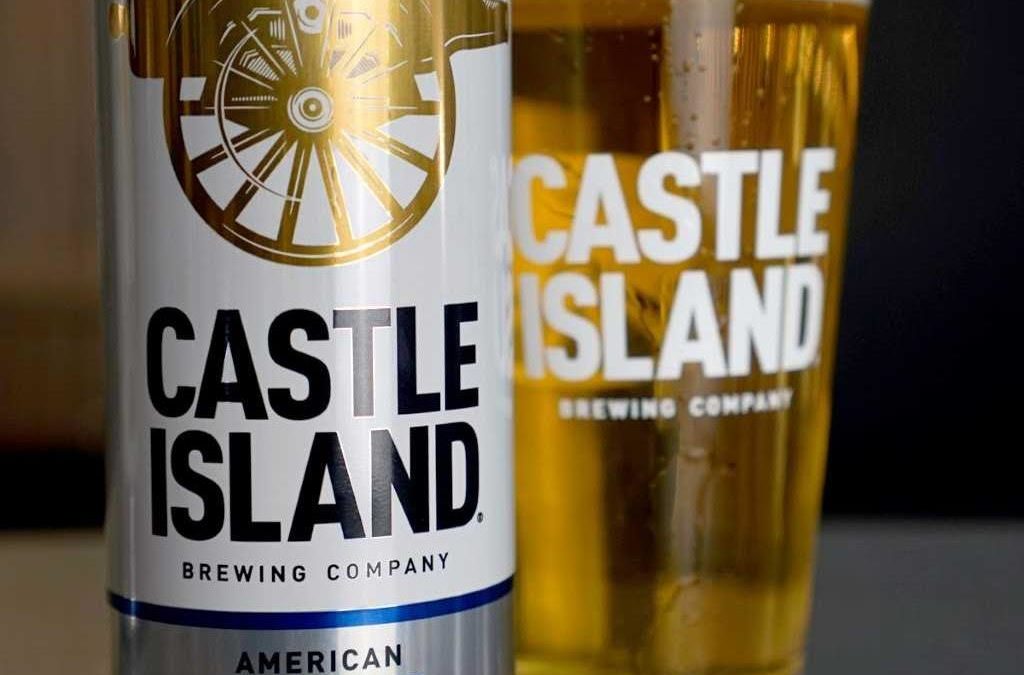 PRESS RELEASE /  March 27, 2018 (Norwood, MA) – In the two short years since opening, Castle Island Brewing Company has developed a reputation for hop-forward ales, thanks to the brewery’s mainstays – Keeper IPA, Hi-Def Double IPA, and Candlepin Hoppy Session Ale. Now the brewery turns to the lager category for its latest year-round offering, and the first beer in its core lineup to break out of the IPA family, the aptly named American Lager.

With other competitors focused on capturing share from the light lager category, Castle Island has set its sights on the full-strength lager market. American Lager clocks in at 5.2% alcohol by volume, and omits corn or rice, two of the traditional adjuncts used in the production of lighter lagers.

Castle Island has brewed American Lager for its Norwood-based taproom since March of 2017, but held off on releasing the beer to distribution due to capacity constraints. With the recent addition of five new fermentation tanks, representing a 50% increase in production capacity, those constraints have been alleviated.

“This is a beer we’ve been psyched to get out to the market for a long time now,” said Castle Island President, Adam Romanow. “Our core lineup has always been very IPA-centric, and this modern interpretation of the timeless American Lager gives us the opportunity to offer an alternative for those who may want something besides hops.”

If the white, blue, and gold cans with copper-top lids look a little familiar, that’s no accident. American Lager’s packaging intentionally tips a cap to the big beer brands that initially shaped this category. However, that’s where the similarities with macro-breweries end.

“It’s no secret that the big guys dominate this space,” adds Romanow. “But just because they’ve been doing it forever, doesn’t mean the style can’t be improved.”

American Lager will start shipping to retailers beginning the week of April 2. The beer will be available throughout Eastern and Central Mass on draft and in six-packs of 16-ounce cans with a suggested retail price of $11.99.

For additional information about the brewery and for an updated list of retail locations where Castle Island beers can be found, please visit the company’s website (castleislandbeer.com) and Facebook page (facebook.com/castleislandbeer). Email contact@castleislandbeer.com or call 781.951.2029 with any other questions.