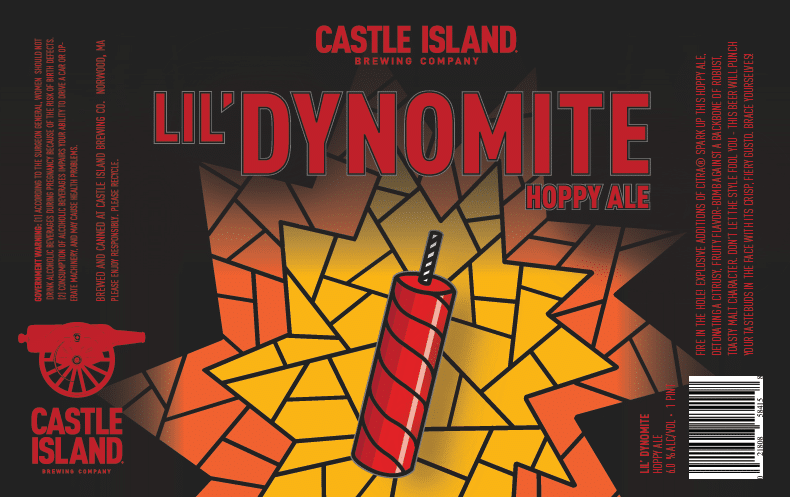 NORWOOD, MASS – Castle Island Brewing Co. is kicking off the new year with a fresh brand calendar and a new direction for their rotating and limited series. The 2019 lineup for the Norwood brewery features their year-round beers – Keeper IPA, award-winning American Lager, Hi-Def Double IPA, and Candlepin Session Ale – and a new addition hitting the market mid-March. This new release, Castle Island White, is a White Ale with Valencia oranges and coriander that highlights the soft, fluffy body associated with the style. Once released, White will become another mainstay to round out the core portfolio.

Social Studies, the brewery’s popular rotating Hazy IPA, makes periodic appearances throughout the year spotlighting a new hop each time with Social Studies: Amarillo as the most recent release and Social Studies: Mosaic to follow in March.

The company’s Limited and Rotating lineups have seen the most innovation, with regards to both the beers featured and the label design. The first to make its debut is the limited release of Dream Police, a Spiced Porter, that blends cinnamon and ginger together for a spicy bite that’s balanced by roasted, chocolatey malts.

Related: These 39 New Breweries, And 5 New Taprooms, Plan to Open in Massachusetts in 2019

Castle Island also tapped local artist, Ray Trotta, to revamp the look of the Limited and Rotating lines after exceeding expectations when he created the updated design for the second release of their Fruited IPA, Parrot Trust. Dream Police will be the first label of 2019 to don the work of Trotta when it gets released on Friday, January 18th with Lil’ Dynomite, a Citra-hopped ale, to follow in early February. 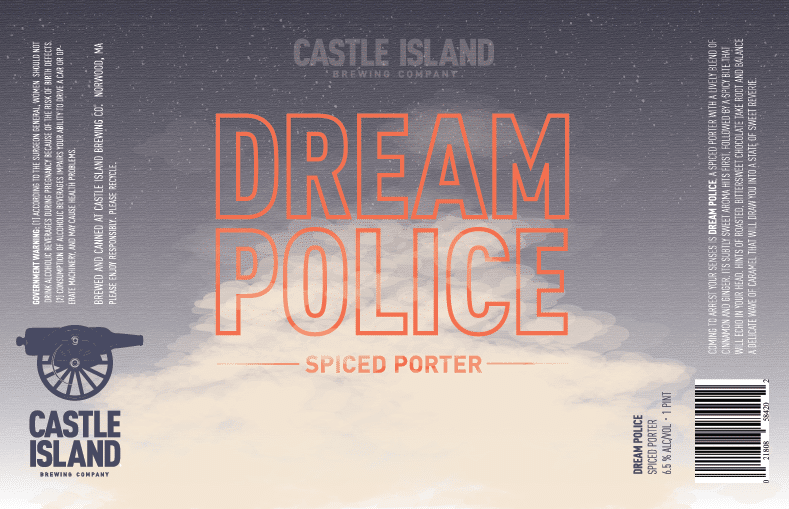 Dream Police is Castle Island’s upcoming Limited release and is the latest to showcase Trotta’s work.

Variety is something that Castle Island looks to infuse in the new brand calendar by including just two IPAs, Robot Ears and Great Human, in the mix. Other styles that have carved a spot in the Limited and Rotating beers are a Key lime Gose, Sour Ale with cranberry, Wheat Ale with guava, Märzen Lager, and a Milk Stout to cap off the year.

“2018 was our first full year operating with a true pilot system. Having a smaller brewhouse dedicated to R&D has allowed the team to explore a lot of new, unique styles that we didn’t have the ability to play with before. We want to revisit some of those first takes, impart some tweaks based on what we learned, and bring them back in scaled up, packaged formats in 2019.”

The Norwood brewery’s 5BBL pilot system will continue to churn out taproom-only releases and operate as their research and development arm as they continue to pursue innovation and variety in their offerings. For pilot, limited, and rotating releases, individuals can follow Castle Island on social media for updates on new beers slated to hit their taps (Facebook: @castleislandbeer; Instagram and Twitter: @cibrewing).