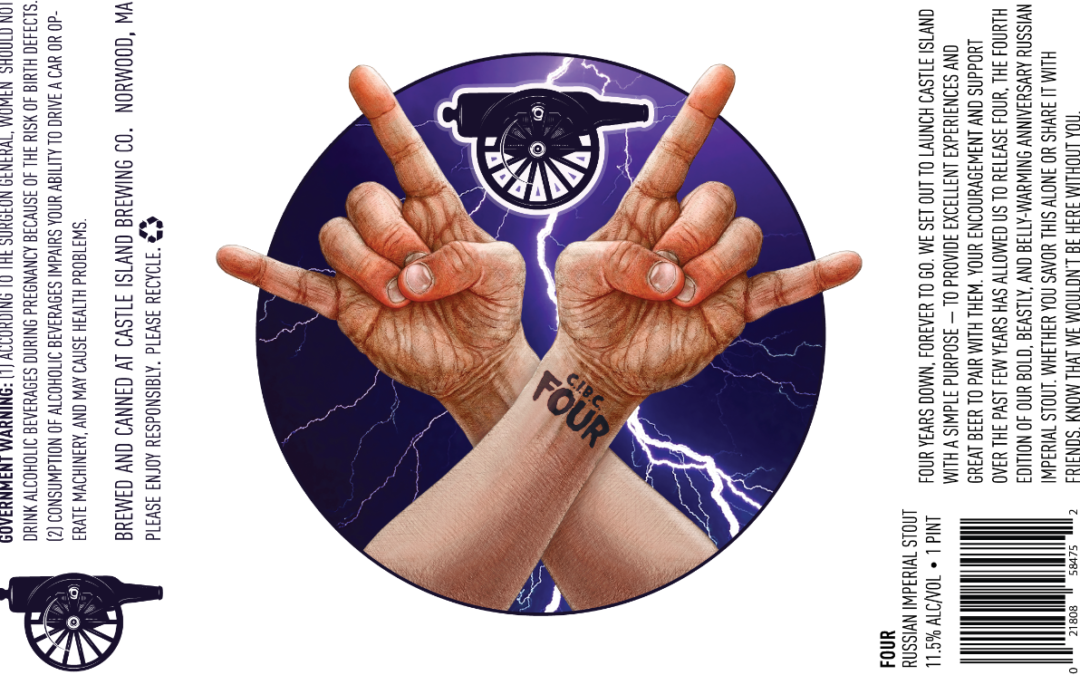 PRESS RELEASE / November 19, 2019 (NORWOOD, MA.) – Take a break from the hustle of the holiday season and let loose at Castle Island’s fourth anniversary party. The Norwood-based brewery and taproom celebrates four years in the brewing industry on Saturday, December 7th.

This is an all-day party with limited beer releases and live music. The brewery will also be celebrating a special taproom unveiling of their Hall of Excellence, which features their awards and highlights past and future awards the company’s supporters have earned. 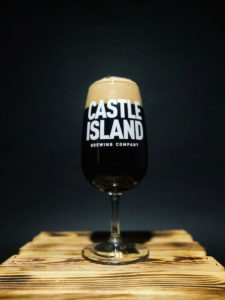 The limited beer releases include FOUR, Castle Island’s anniversary Russian imperial stout, along with the debut of five different barrel-aged versions of last year’s THREE release. The variants include Maple Bourbon, Cognac, Smoked Hickory Bourbon, Malbec, and a Four Roses version of THREE. All are available for purchase at the company’s taproom.

In addition to the special beer releases, the anniversary party serves as a concert venue for the day. Castle Island brings a lineup of three live music acts that start at 12pm with The Jackson Weatherbee Duo and includes Boston’s Erin Og and Hollow Turtle.

Located off Route 1, at 31 Astor Ave. in Norwood, Mass., Castle Island’s taproom and retail shop are open to the public 7 days a week. Hours and additional information about the brewery, including a list of retail locations, can be found on the company’s website (castleislandbeer.com).

Castle Island Brewing:
Castle Island is an award-winning brewery dedicated to the idea that we should all be excellent to each other. With a deep portfolio of ales and lagers, we make offerings that are both amazing and approachable. Whether you find yourself discovering Castle Island for the first time or have returned for another round, you can expect a stellar experience from the very first to the very last sip. You can find our beer throughout southern New England in cans and on draft, as well as at our Norwood brewery and taproom.