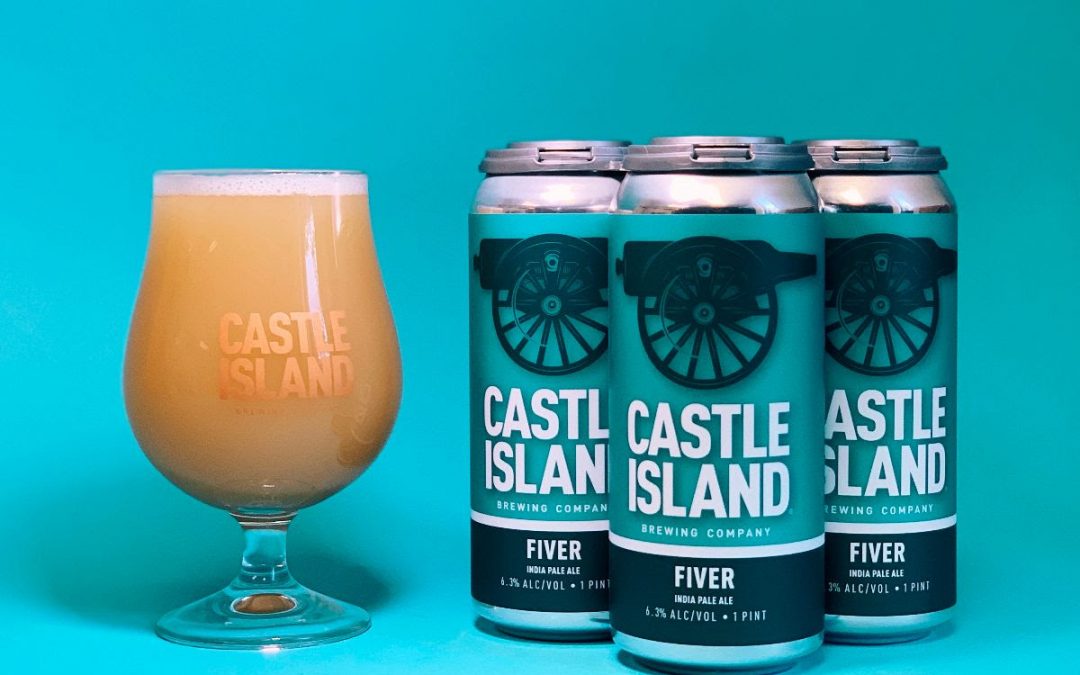 PRESS RELEASE / August 26, 2020 (NORWOOD, MA) – Castle Island Brewing Company –an award-winning brewery dedicated to crafting a party for a purpose—has added a hazy India Pale Ale called Fiver to their year-round product lineup, and are committed to donating 5% of the beer’s proceeds to a series of different charities.

Proceeds from sales of the 6.3% ABV IPA will be donated to a rotating crop of charities dedicated to raising funds for human rights and equality, the environment, education and the arts, animal welfare, and public health. Fiver is a juicy, tropical IPA featuring Citra, Simcoe, and El Dorado hops. The beer was officially released in four-packs of 16 oz cans at their Norwood facility on Friday, August 21, 2020, and will be available throughout their entire distribution network in the next two weeks. 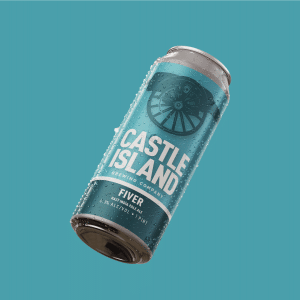 The COVID-19 Pandemic has presented unique obstacles to businesses everywhere; problems more complex than just keeping revenue rolling in, the lights on and employees employed. The company’s efforts in giving back to the community were previously funneled through their Party for a Purpose program, which gave a portion of proceeds from draft pours in their Norwood Taproom to a rotating charity every month.

With the temporary shutdown of the Taproom taking those sales out of the equation, Castle Island Brewing had to refocus their charitable giving program.
“Strengthening our community through charitable giving has always been a cornerstone of the Castle Island vision,” said company Founder & President, Adam Romanow. “Our last philanthropic program was great, but we are even more excited about what we can do with Fiver. The contributions will be more targeted, more scalable, and ultimately more meaningful.”

The proceeds Fiver raises through the rest of 2020 will benefit those charities affected by the temporary Taproom shutdown, and a new batch of charities will be selected for 2021. To learn more about Castle Island Brewing and their mission, visit their website at https://castleislandbeer.com/ or follow their social media channels at @cibrewing.

Castle Island Brewing Company is an award-winning Massachusetts brewery dedicated to crafting a party with a purpose. With a focus on American-style ales and lagers, we make offerings that are both unique and approachable. Whether you find yourself discovering Castle Island for the first time or have returned for another round, you can expect a stellar experience from the very first to the very last sip. You can find our beer throughout MA, RI, and southwest CT, in cans and on draft, as well as at our Norwood brewery and taproom.