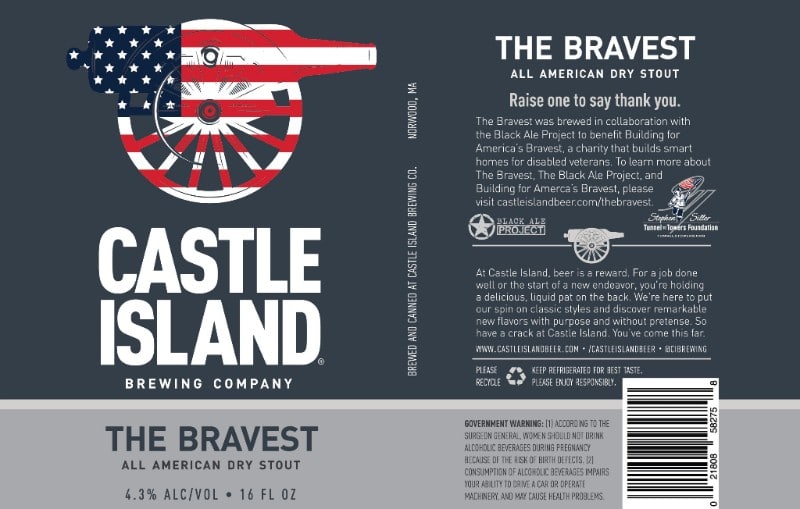 NORWOOD, MASS. – For the second time since opening their doors just 15 months ago, Castle Island Brewing is growing again, boosting capacity by nearly 50%. 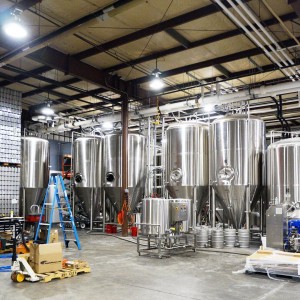 annually. This marks Castle Island’s second expansion within a year; last Summer the company added a pair of additional tanks to support sales through the wholesale channel.

“We’re seeing continued growth within our existing markets, and that growth once again had us operating at capacity,” said Castle Island President and Founder Adam Romanow. “This definitely falls into the ‘good problem’ category, but with Spring and Summer right around the corner, we knew we had to grow quickly to avoid out of stocks in our busiest time of year.”

Castle Island’s first collaboration beer also rolls off the line this week. The brewery has partnered with the Black Ale Project to create The Bravest, an “All American Dry Stout” clocking in at 4.3% alcohol by volume.

The Black Ale Project, started by Founder Dave Pappas, partners with breweries across New England in a beer-based initiative to raise money and awareness on behalf of U.S. war veterans.

“As a former Marine and non-combat veteran of the Persian Gulf War, helping my fellow veterans means the world to me,” said Pappas. “I could not be more proud of the brewers who have stepped up to support this cause. Castle Island brews delicious beer that I truly enjoy, so I am very excited to partner with them to assist our veterans in need.”

The Bravest, Castle Island’s contribution to the project, goes on sale at the brewery only starting Wednesday, March 8. Proceeds from The Bravest will benefit Building for America’s Bravest, a program of the Stephen Siller Tunnel to Towers Foundation that builds smart homes for disabled veterans returning home with catastrophic injuries.

“We selected Building for America’s Bravest for their amazing work making sure that those who have made major sacrifices for their country are provided with adaptive, intelligent homes tailored to their specific condition,” added Romanow.

Located off Route 1, at 31 Astor Ave. in Norwood, Mass., Castle Island was recently named the Best New Brewery in Massachusetts by RateBeer. The brewery is open to the public on Tuesdays and Wednesday from 12:00 P.M. to 6:00 P.M., and Thursdays through Saturdays from 12:00 P.M. to 8:00 P.M.

For additional information about the brewery and for an updated list of retail locations where Castle Island beers can be found, please visit the company’s website (castleislandbeer.com) and Facebook page (facebook.com/castleislandbeer). Email press@castleislandbeer.com or call 781.325.1892 with any other questions.

Castle Island is dedicated to crafting the highest quality beer with purpose and without pretense. With a focus on American ales, we make offerings that are both unique and approachable. You can find our beer throughout Massachusetts in cans and on draft, as well as at our Norwood headquarters.