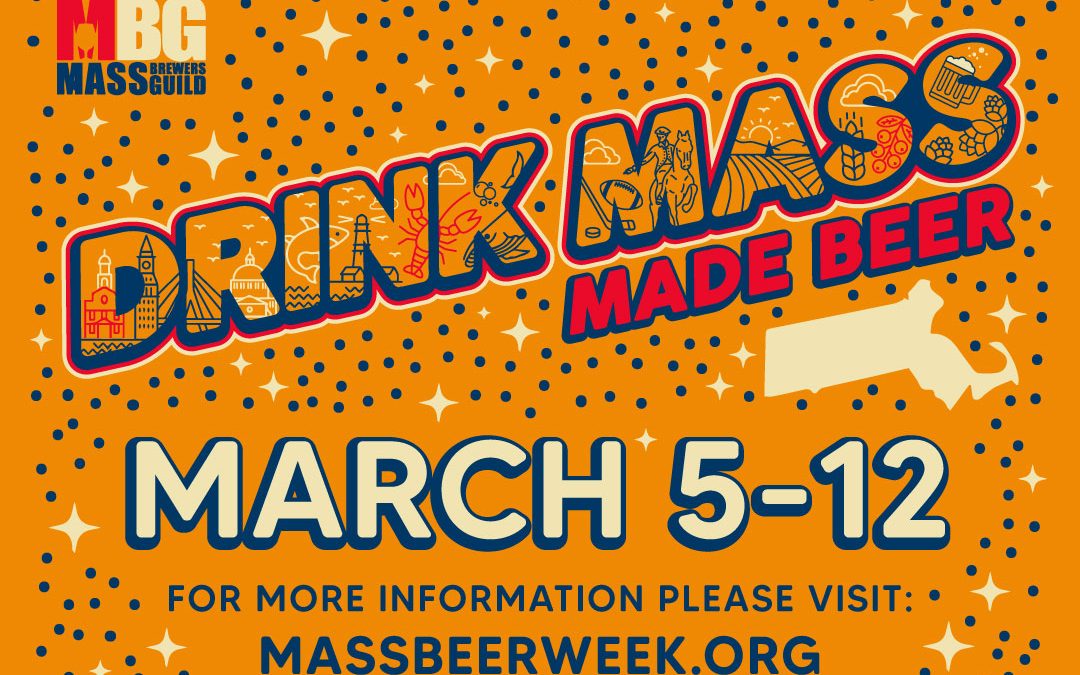 PRESS RELEASE / February 1, 2022 (Massachusetts) – There are 214 reasons to celebrate Massachusetts Craft Beer during Mass Beer Week! (214 breweries that is….)

Join us and get involved by hosting events March 5 through 12, 2022. The goal of the weeklong series of events is shine a bright spotlight on the amazing craft beer made in our state and to draw traffic and tourism to your establishments to drink it all in!

Joining is easy! The only requirement is that your event must focus exclusively on beer brewed in the state of Massachusetts. Need ideas? We’ve got you covered — and these ideas can be virtual or in-person:

Host a beer & food pairing experience (live or in-person)
Curate a four course meal, cheese or chocolate pairing experience and provide educational cards or a guided tour with the brewer. Talk about how beer and food complement one another and provide attendees with tips for doing their own pairings at home. No kitchen? No problem. Support a local restaurant or food truck by teaming up to create a pre-ordered meal kits that can be picked up and brought home with a 4-pack from your brewery.

Host a tasting, panel discussion or educational event
Release a special beer and offer a beerside chat with the brewer. Bring in your maltster, and/or hop grower to talk about the ingredients and process, while the brewer covers technique and taste. Other educational topics could include – beer glassware and how to pour the perfect pint, a cooking with beer demo, or a tour and history lesson on your brewery. The possibilities are endless!

Beer Collaboration
Team up with a fellow Massachusetts brewer from your area or across the Commonwealth to brew up a special release during Mass Beer Week. Beer is better brewed together!

Be creative! Have fun!
Be sure to post your event on Facebook and add “Mass Beer Week” as a co-host. Doing so will ensure that you event is automatically populated on our Mass Beer Week calendar.

Founded in 2007 by a group of committed and passionate brewers, the Mass Brewers Guild, is organized for the purposes of promoting craft brewing and protecting the interests of craft brewers across the Commonwealth. The association is membership based and open to all Massachusetts breweries licensed by the federal Tax and Trade Bureau and the Commonwealth’s Alcoholic Beverages Control Commission. The nonprofit creates a community of brewers while shining light on the broad range of breweries and styles offered throughout the state. Through industry and educational events, its mobile application beer trail map, and by providing resources and marketing support to brewers, the nonprofit works to highlight Massachusetts as a top travel destination for craft beer in the U.S. The board also continues its work at the legislative level, fighting for license and franchise law reform, and serving as the voice of craft brewers on Beacon Hill. The Massachusetts Brewers Guild is a 501(c)6 not-for-profit corporation.