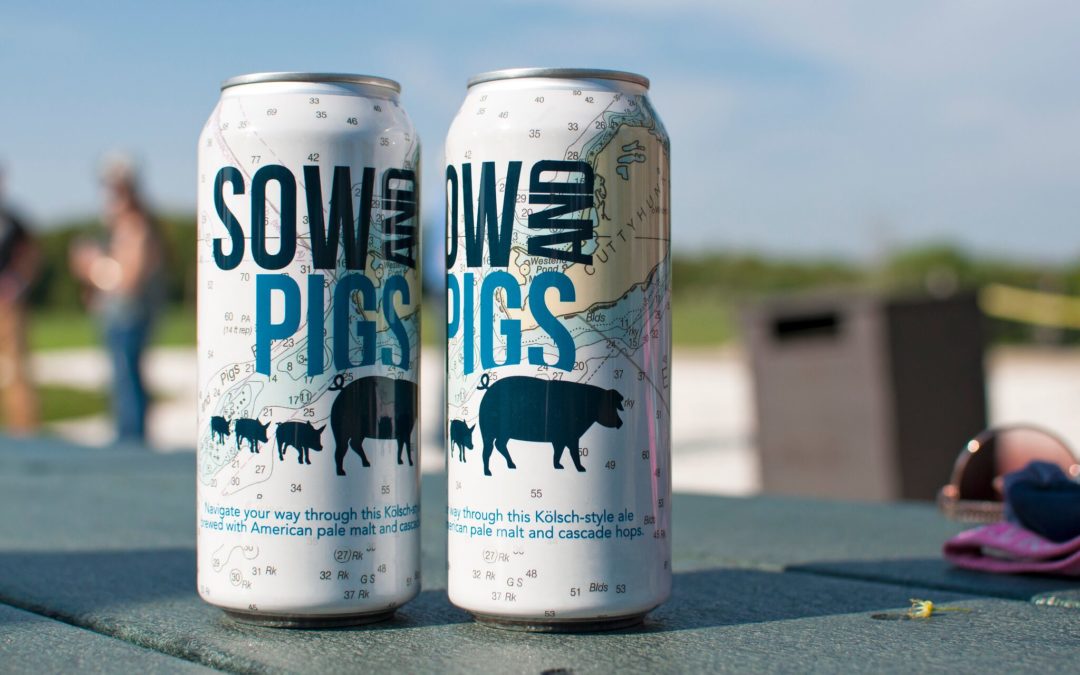 PRESS RELEASE / JUNE 4, 2018 (WESTPORT, MA) – Can you feel it? Summer has arrived on Buzzards Bay, and for the fourth year in a row, Westport’s Buzzards Bay Brewing is offering its popular Sow & Pigs beer with proceeds to benefit clean water – now available in tall boy cans for the first time.

Named after the reef off Cuttyhunk where Buzzards Bay anglers gather to catch stripers and tautog, Sow & Pigs is a Kölsch-style ale that’s perfect for a summer day on the Bay: vibrantly crisp, refreshing and totally easy drinking, brewed with pale malt and kissed by cascade hops. The tall boy cans feature a row of marching pigs over a nautical map of Sow & Pigs reef, capturing the whimsy and spirit of this limited-edition release.

“We’ve been brewing with our farm’s spring water for 20 years, so we know how important clean water is,” said Buzzards Bay Brewing owner Bill Russell. “And for those same 20 years, we’ve watched Buzzards Bay thrive under the helpful protection of our friends at the Buzzards Bay Coalition. We couldn’t think of a better cause or a better group of people with whom to brew a beer. Cheers to Buzzards Bay!”

“Both the Coalition and the brewery share a strong commitment to supporting our local environment,” said Buzzards Bay Coalition President Mark Rasmussen. “Healthy farms, local food and clean water for everyone are at the core of both of our missions. We also both love the Bay and its unique, almost secret places like Sow & Pigs reef.” 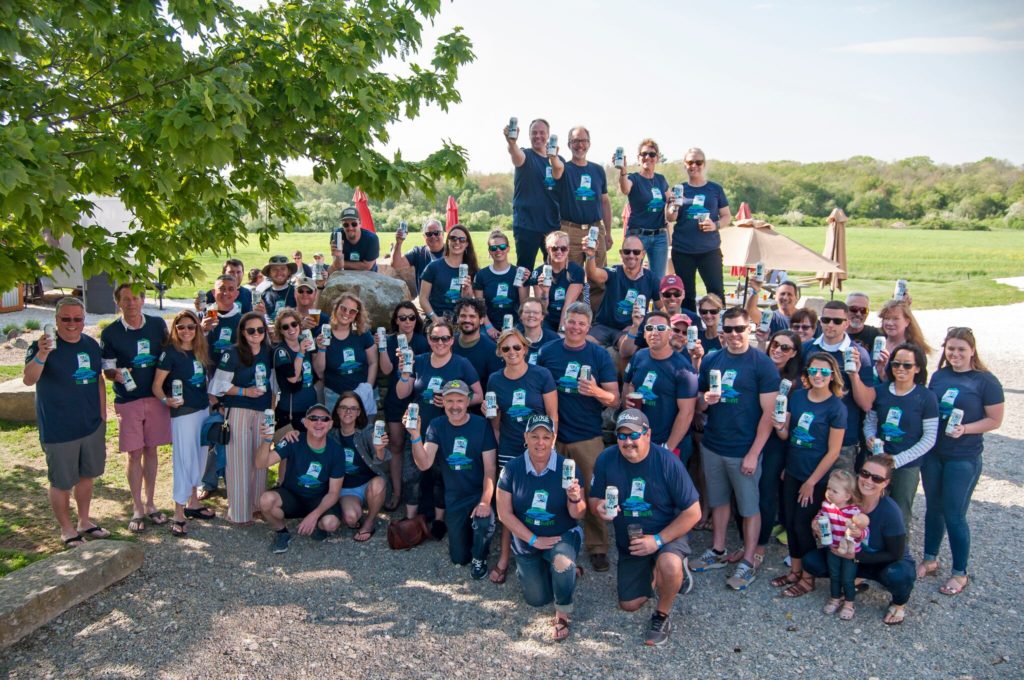 Four packs of 16 oz. cans of Sow & Pigs are on sale now at Buzzards Bay Brewing and select local liquor stores while supplies last. Sow & Pigs is also available on tap at the brewery for a limited time through early summer. Buzzards Bay Brewing is located at 98 Horseneck Rd., Westport, and is open Tuesday to Saturday from 1:00 to 8:00 p.m. For more information, visit www.buzzardsbrew.com.

To commemorate the release of Sow & Pigs in cans, the Coalition is selling limited-edition t-shirts featuring the Sow & Pigs label design on a green can buoy. T-shirts are available for sale at the Coalition’s New Bedford office (114 Front St.) and at the brewery tap room.

The Buzzards Bay Coalition is a membership-supported nonprofit organization dedicated to the protection, restoration and sustainable use and enjoyment of Buzzards Bay and its watershed. Supported by more than 9,500 members, the Coalition works to improve the health of the Bay ecosystem for all through education, conservation, research and advocacy. To learn more, visit www.savebuzzardsbay.org.