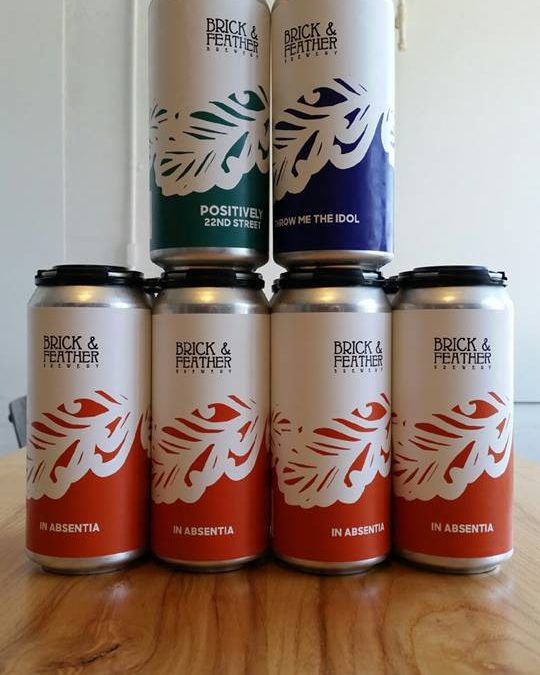 Great news if you aren’t among the lucky few who live close enough to Brick & Feather Brewery to get their beers regularly (sadly, we’re in that company). The Turners Falls micro brewery that “works meticulously to produce beers meeting the highest standards of quality and consistency,” and who was listed at number five in a recent compilation of the state’s top rated breweries, has started selling single batches of its highly regarded beers in 16-ounce cans. You’ll still have to make the trip out to the Pioneer Valley to buy it (aside from a dozen restaurants and bars in Central and Western Mass., they only sell their beer on premises – limit 1 case), but now you won’t have to deal with those pesky growlers and can more easily share it with fellow beer aficionados.

In a Facebook post that was published last week the brewery confirmed that “the rumors are true! After nine months of research, planning, installation, and testing, our canning line is now consistently and happily turning out your favorite Brick & Feather beers in 16-ounce cans!” It goes on to say: “Going forward, we should be able to release a big batch of cans every Thursday. All of our core beers, and a few of the special releases will end up in cans. Info will be available on our website’s On Tap page and on Twitter.”

The first can release was fan favorite In Absentia, one of the highest rated IPAs in Massachusetts, which quickly sold out. Next up is an 8% Double IPA called No Use For Smugglers. Featuring Mosaic, Citra, Amarillo, and Cascade, it’s “incredibly smooth on the palate and wonderfully fruit-forward with layers of orange, peach, pineapple, and ripe berries,” according to the brewery’s website. It will be available this Thursday when they’re taproom opens at 5:00. 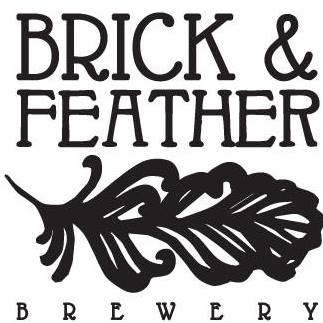 Located just off the bike path in Turners Falls, Brick & Feather Brewery specializes in American Ales, French Farmhouse beers, and traditional German Lagers. The Brewery was born as the vision of a husband and wife team in 2015. Beers are brewed on a manual 7-barrel system, mostly by hand, by Lawrence George and his small staff. The same people that make the beer will likely be pouring it for you when you visit, and they’re always happy to chat with interested beer lovers.