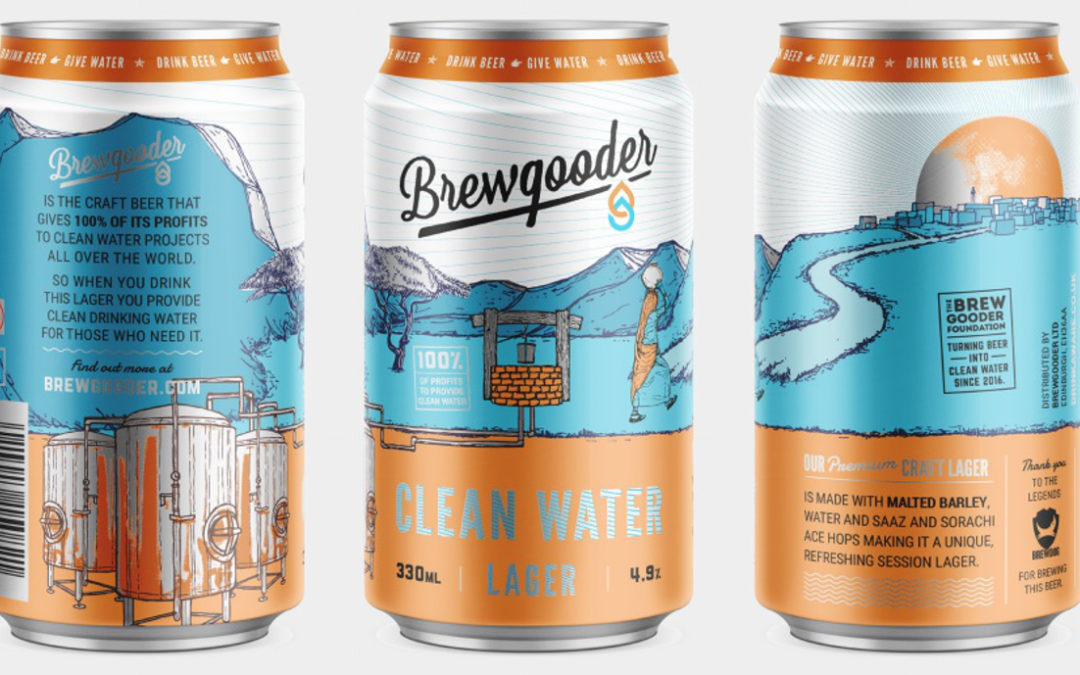 250 brewers from 22 different countries will be releasing unique beers for global campaign that aims to empower 100,000 people on clean water projects.

The Scottish craft beer brand on a mission to use craft beer to bring 1,000,000 people clean drinking water, Brewgooder has attracted 243 brewers from around the world to its biggest campaign to date. The Global Gathering is a collaborative brewing project on a mission to provide clean water for 100,000 people in developing countries. More breweries are expected to join the campaign before the 31st January deadline.

Launched in November, the campaign aims to partner with hundreds of breweries in the UK and around the world to brew unique, small-batch beers. A coordinated release of the beers will take place over the weekend of World Water Day – March 20-22nd 2020 to demonstrate the power of the craft beer industry to tackle issues collectively.

To date the campaign has gained the backing from brewers from California to Hong Kong with the USA being represented by 19 brewers including Vitamin Sea Brewing, Bell’s, Deschutes, Ecliptic Brewing, Rhinegeist, Avery, and Brooklyn Brewing.

Each individual collaboration brew will raise upwards of £500/$700 contributing to a fundraising target of £250,000 for the whole project. All proceeds will be donated to The Brewgooder Foundation and spent on its clean water projects in 2020/21.

To date Brewgooder has worked with BrewDog (who will also be releasing a special beer) on their flagship clean water lager, with 100% of profits going to support over 130 projects in Malawi. These projects include well rehabilitations, new borehole construction, sanitation systems and water mapping to ensure the long term sustainability of well constructions. Through the Brewgooder Foundation they have already positively impacted 65,000 lives and counting.

Related Story: New England Breweries Are Replacing Plastic Can Carriers With Eco-Friendly Ones

To support brewers of all sizes to get involved, Brewgooder has partnered with Crisp Maltings who are kindly donating 20 bags of malt to each participating brewery for their unique brew.

In addition to this, breweries can receive a 10% discount on any keg used in the Global Gathering by speaking to their local Kegstar contact.

The packaging design for each collaborative beer will be inspired by the theme ‘water’ and designed by each individual brewery using two distinct colours – orange to represent beer and blue to represent water. Once brewed, every beer will be released simultaneously at participating venues on the weekend of 20-22nd March 2020, which coincides with World Water Day.

Brewers are also invited to contribute a song inspired by their local area to a Spotify playlist for the weekend, which will represent the diverse range of companies involved in the project and show the variety of communities involved in making a difference.

“The Global Gathering aims to bring together one of the most vibrant and passionate communities in the world in order to show what craft beer can do when it acts together. The craft beer community is no stranger to collaboration, but this project takes that to a whole new level, harnessing it to help empower 100,000 people. Breweries of every size have the opportunity to not only brew some amazing beers as part of a global movement but also have a very real impact on peoples’ lives around the world.

“Water is the basis of life, and all the good things life has to offer and there are far too many people around the world who have their ambitions, dreams and potential limited by lack of access to a safe source of it. With water kids grow up healthier, girls stay in school longer and people build better lives for themselves. I want the whole craft beer community to make that change for thousands of people this world water day.

“To have already received the support of almost 250 brewers in this campaign is incredible, our whole team is humbled by the willingness of so many incredible brewers to adopt our mission as their own, and we cannot thank them enough.”

To register your brewery and join the movement, visit www.brewgooder.com/gathering