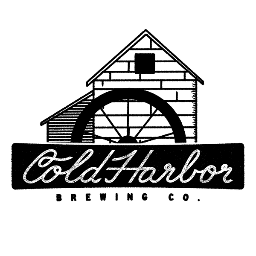 Named after Cold Harbor Brook, a tributary of the Assabet River which runs through the communities of Marlborough, Westborough, Northborough and Southborough, Cold Harbor Brewing lies half way between Framingham and Worcester. It’s a region of Massachusetts that could fairly be described as a craft beer desert. But for local beer lovers, or beer geeks willing to veer off the beaten path, the “hand crafted beer of the Boroughs” served out of this modest tap room is a true oasis. 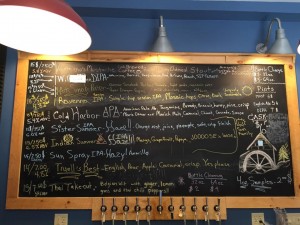 My cohort and I were there recently on a warm spring Saturday afternoon, along with about a dozen others, and a couple of dogs, who we were told also loved the beer there. They had an amazing 10 beers on tap, impressive for a nano brewery, which you could sample in 4-ounce portions or savor with full pours. The eclectic offerings included everything from a newly-released 8 percent DIPA (Novocaine) to a coffee oatmeal stout (Armeno’s Mustache) to a Belgian Wit with ginger, lemon grass and chili peppers (Thai Take-Out). 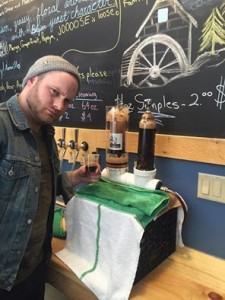 While sampling the previously mentioned beers, as well as a few others, we noticed head brewer Brandon Heisler in another corner of the taproom partaking some of his concoctions with a few friends. We took it as a positive sign, like when you’re out for ethnic food and someone remarks that if people of that same ethnic persuasion are eating there, it must be good. The beer gods were in a good mood that day because when we approached him in our Brew Bros work shirts he didn’t laugh. Instead, he offered us a sample of his “Hot Smoke” Porter, infused with tequila wood chips that one of his buddies had brought. Needless to say, it was delicious.

After an hour of sampling (we’d have stayed longer if there were something to nosh on) we took off to nearby Owen O’Leary’s, who recently started brewing again, for a late lunch.

Aside from not having any on-site food options, the only other bummer about Cold Harbor is that they don’t can or bottle, so you won’t find their offerings at your favorite beer store.  But the brewery is less than 10 minutes off the highway, so next time you’re traveling route 495 or the Mass. Pike, plan to make a pit stop. They’re open Thursday through Sunday. Even better, bring some sandwiches with you and make an afternoon out of it.