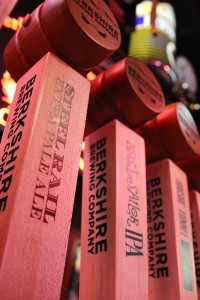 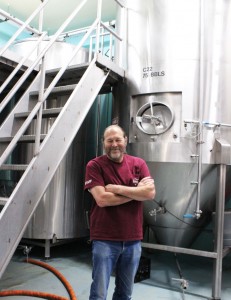 ing beer drinkers in Western Mass. have long enjoyed a thriving craft beer scene, in large part thanks to Berkshire Brewing company, whose flagship Steel Rail Extra Pale Ale has been satisfying thirsty patrons for more than two decades.  Created in 1994 by founder and head brewer Gary Bogoff, it was developed to introduce premium lager (Bud, Miller, Coors) drinkers to the world of craft beer.  Although it’s actually a cream ale, as Bogoff puts it, “it looks like what a premium lager drinker is used to, but it tastes a whole lot better.”

Check out this video for the story behind Steel Rail Pale Ale: Steel Rail Extra Pale Ale story on youtube

BBC “keeps it real,” meaning its beers are unfiltered, unpasteurized and contain no artificial additives or preservatives, pretty much what you’d expect from a craft brewer.  And after twenty-plus years of experience, they’ve got a solid lineup of highly rated offerings ranging from the well balanced Lost Sailor IPA to the robust Coffeehouse Porter to the dark, velvety Russian Imperial Stout (I recently enjoyed a 22 oz. bottle of this and was glad I didn’t have to share it).

In all, they produce seven year-round beers and at least a dozen other seasonal or special brews.  Berkshire is a good follow on social media (Facebook, Twitter, Instagram) and has a first-rate website where you can even take a virtual tour of their brewery, but you’ll want to find time to head to Deerfield for the real thing.  One of our favorite Bay State brewery tours, it’s offered every Saturday at 1:00.  In addition to being fun and informative, it’s free, doesn’t require reservations, and wets your whistle from start to finish with generous samples of their year round and seasonal beers in the Dick Schatz taproom.

No need to fret if you can’t make it out to the Berkshires, the BBC* brand has been a favorite of craft beer bars and liquor stores throughout Massachusetts for some time. With a motto like “good beer, good people,” it’s not surprising.

* Blue Grass Brewing Company in Kentucky, who opened more than a decade after Berkshire and also uses the BBC nickname, trademarked the abbreviation a couple of years ago and actually threatened a lawsuit against any brewery who tried to use it in their marketing. 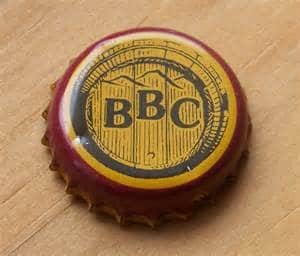 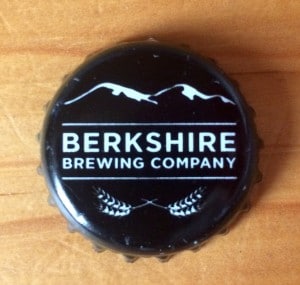 Berkshire logo before and after.  Photos courtesy of Berkshire Brewing