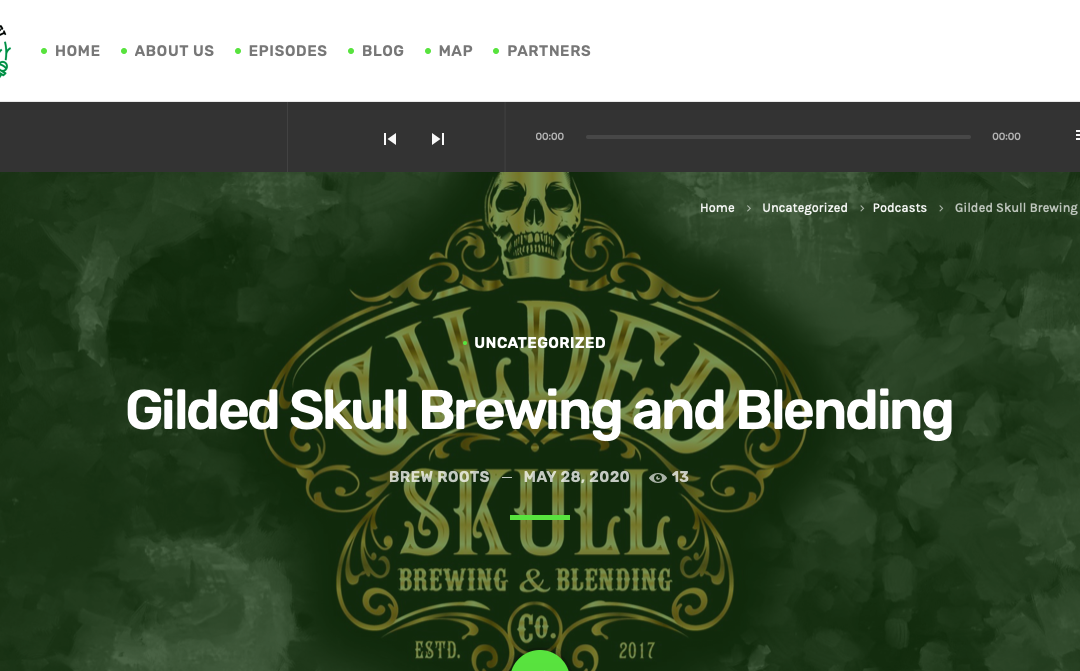 This week’s Brew Roots podcast highlights the story of Gilded Skull Brewing’s founder Neil Kade, and it’s a gut wrencher, but one with a happy ending.

Here’s how the show’s hosts describe it: We first heard of Neil and Gilded Skull Brewing after our friends the Mass. Brew Bros. wrote a blog post about him back in February of last year. Similar to many home brewers, he dreamed of having his own brewery one day, but hat was before he was diagnosed with a rare form of liver cancer and his life was turned upside down. Neil put it best when he said “all my now wife and I wanted was normalcy, to start our family and build this little beer project into a brewery.”

Flash forward to the present, after successful surgery and a grueling 12 months of chemotherapy Neil is currently cancer free and he and his wife are expecting a child in any day now. On top of all that,Gilded Skull just released its first beer, Gilded Empire, a 7.2% ABV New England IPA featuring Citra, Cashmere, and Lotus hops along with spelt and flaked oats. The beer, contract brewed at Castle Island Brewing, is in wide distribution through Massachusetts, and you can use the brewery’s convenient beer finder on their website http://gildedskullbrewing.com

Check out the podcast episode here.