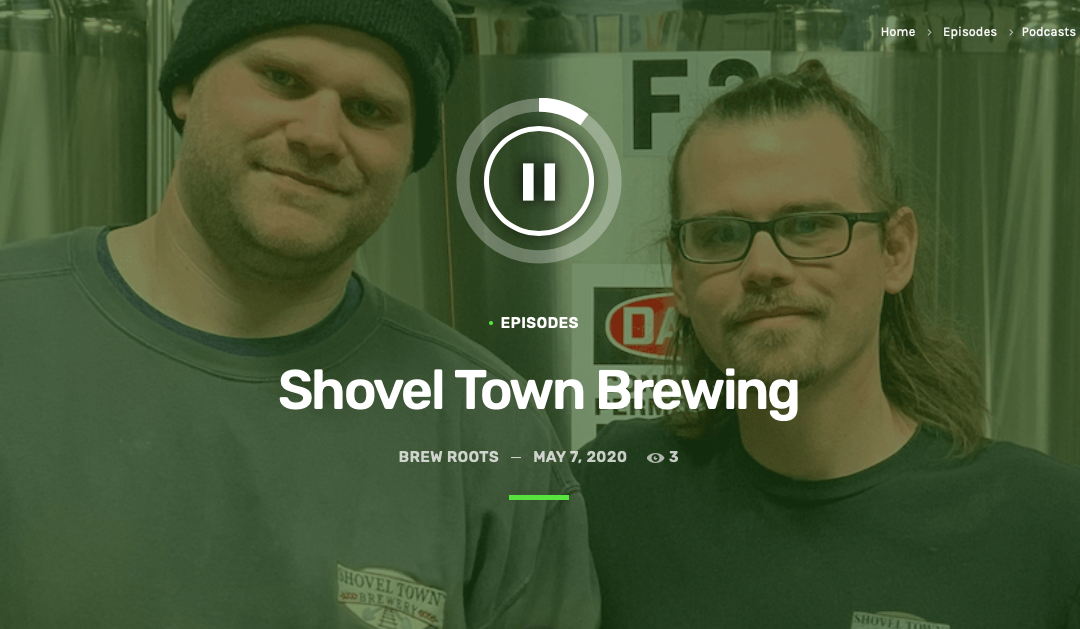 Did you know that Easton Mass. is known for creating shovels, more specifically the Ames Shovel which helped build the trans-continental railway? Well now you do . . .

Or that there is a brewery deep in the heart of North Easton that specializes in crafting unique, high quality craft beer. That’s the story we’re telling today, of Shovel Town Brewery.

This interview is a lot of fun and you’ll learn a thing or two. Plus it has Andy from Castle Island Brewing, and who doesn’t love Andy? Seriously, we love Andy.

Make sure to stay up to date with Shovel Town as they open their second location in Foxboro later this year.

Among the topics they tackle are the brewery’s environmentally conscious efforts such as sending spent grains to a local farm for animal feed, sending used hops for composting, trapping and recycling wastewater, and using materials efficiency in the brewhouse, especially hops. They also plan to start switch from plastic PakTechs to the eco-friendly and compostable E6PR can carriers.

In addition, check out their website. To get your hands on some of their great beer and not to mention their awesome brick oven pizzas, cause who doesn’t like pizza and beer.