Brew Dog of the Month: Penny of Vanished Valley Brewing 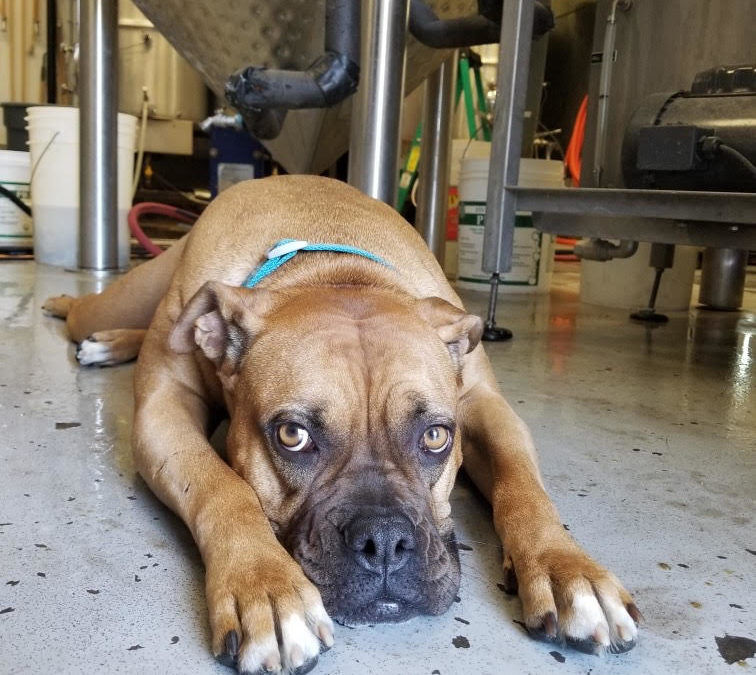 “Find a Penny, pick it up. All day long, you’ll have good luck.”  Josh and Kellianne feel very fortunate to have picked up Penelope aka “Penny” when she was transported to Massachusetts after being fostered down south in Arkansas through Friends of Homeless Animals in Rhode Island. This organization is “dedicated to rescuing dogs and saving them from kill shelters, then connecting these homeless pets to loving parents and great homes.”

Now Penny has found a wonderful new home as the brew dog for Vanished Valley Brewing. When Penny’s not accompanying her family to Maine or sunning herself on the patio, she is the brewery’s resident “Love Muffin.” She brings joy to people, children and other dogs. Also not one to get into trouble, make a mess or go wild for food, this TV watching pup is excited to see Vanished Valley undergoing an expansion.

A few years ago Vanished Valley began by selling cans on the weekends from a small shed brewery in the back parking lot of the Europa Restaurant on Center Street in Ludlow, Massachusetts They soon developed a strong following on the basis of beers such as Pomona IPA, Lost Town Stout and their XP series. But they soon outgrew this model and after many months of planning and construction, they have taken over Europa to create the Vanished Valley Tap Room & Kitchen. Although the new brewery that will more than double the production of “the shed” is still being built, the new taproom and kitchen is finally open to the public this weekend. 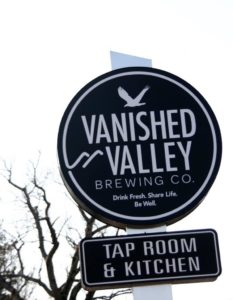 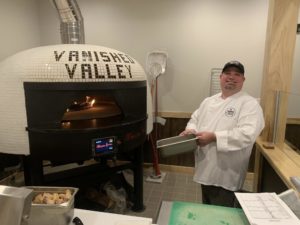 In addition to a slate of VV beers, they will have a full kitchen. Much of the food has a Portuguese flair as a nod to co-founder Mike Rodrigues’ heritage. Here are just some examples from their extensive menu; artisan cheeses, soups, salads, burgers, buffalo wontons, Portuguese sausage, Bifana (Portuguese marinated pork cutlets), street tacos and mac n’ cheese. But the center piece of their culinary delights will be from the wood fired oven where they’ll make pizza, mussels and wings! Some of the dishes will also be made with Vanished Valley beers such as the beer mustard for the pretzels and the Lost Town Beer Steamed Burger. Penny says, “Bring your appetite!”
Also in the works on the ground floor is a game room with more taplines. This dog-friendly area will be more taproom centric and a place to hang out with your pup as well as your friends. Beer is meant to be shared and that sentiment is echoed in Vanished Valley’s motto: “Drink fresh. Share life. Be well.” 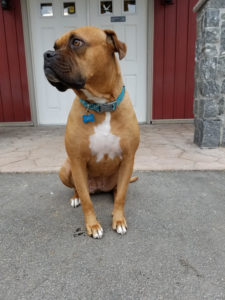 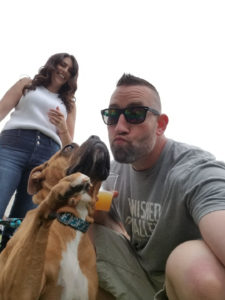 Now some stats on Penny in our “Tail” of the  Tape:

A dog’s purpose is to bring love into to the live’s of their families and that is exactly what Penny does. Kelliane says, “She is SO LOVE MOTIVATED!” And Penny hopes you’ll come visit her at the new Vanished Valley Tap Room & Kitchen.