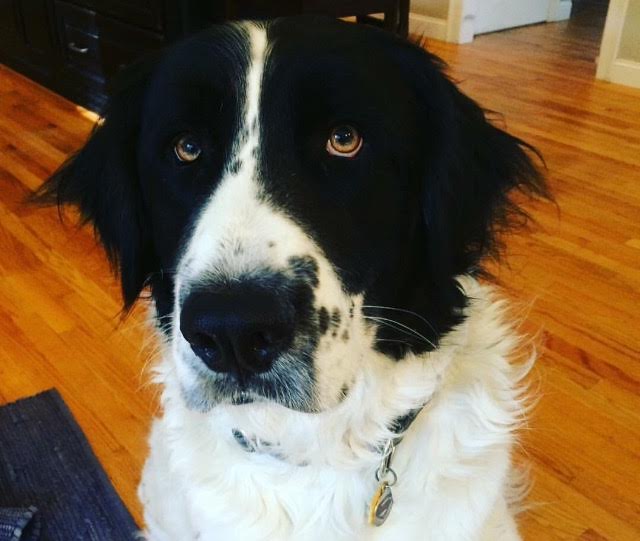 What’s black and white and hangs out in a brewery? Why it’s our newest Brew Dog of the Month “Kuroshiro” of Merrimack Ales in Lowell. His unique name roughly translates as ‘black and white’ in Japanese. “Shiro” as he is called by owner/brewer Adam Pearson was rescued from a hoarder in Alabama who had about 27 dogs at the time. Adopted by Pearson more than two years ago, the change has done wonders for Shiro who really loves snow and the New England winters. 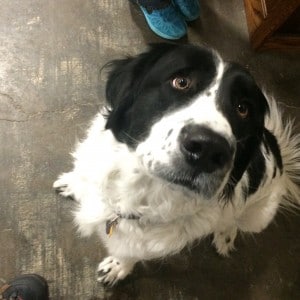 Shiro’s role at the brewery is Ambassador and all-around brew dog. At 120 pounds his size can seem overwhelming, but this gentle giant is extremely friendly and loves to greet brewery visitors. On our recent trip to Merrimack Ales Shiro greeted us with a big hello and then sat on my feet as we tried several of their beers, including “First Article” (an American IPA) and their Maple Cream Porter. Shiro is excited to announce that Merrimack Ales has recently updated their website which now includes a beer locator so you can find their beers in bottles and on draft. Be on the look out for some new releases from Merrimack Ales: “Honey White” (spring/summer seasonal), “Shock Value” (IIPA) and “Obligatory” (pale ale).

Now some stats on “Shiro” in our: “Tail” of the Tape 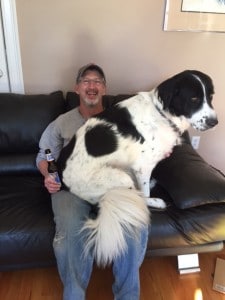 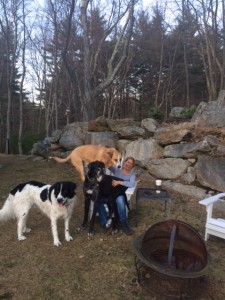 A big thanks to Shiro for the interview. He wanted to remind everyone to look for Merrimack Ales pouring at the Nashua River Brew Fest at Riverfront Park, Fitchburg in June as they expand their brand into Central Massachusetts.