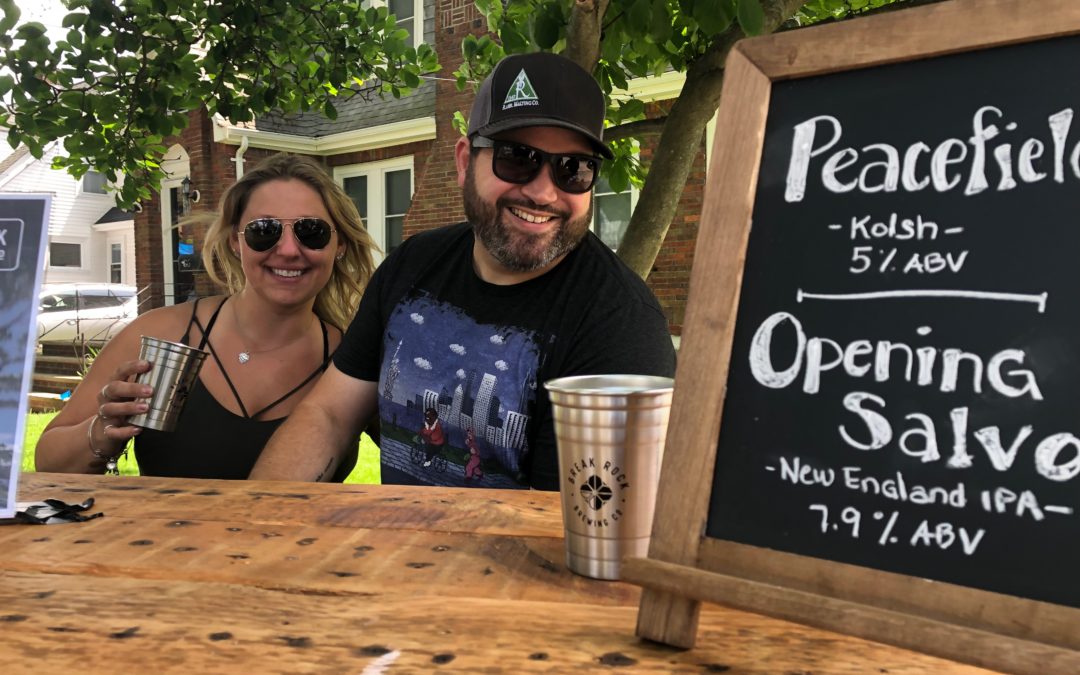 The beer-loving public has shown a major thirst for Quincy’s only craft brewery. Break Rock Brewing LLC announced a partnership with MainVeston June 13 with the goal of raising a portion of its start-up funds from local beer enthusiasts. MainVest is the crowd-funding site devoted to reshaping America’s Main Streets with innovative, locally owned businesses, many of them new brands in the food & drinks space.

Break Rock reached half its initial goal in just 10 days – a record pace for any previous MainVest crowd-funding effort, according to MainVest CEO and co-founder Nick Mathews. As it stands now, Break Rock has generated $48,700 from 73 investors in just three weeks. Details of Break Rock’s MainVest opportunity can be found here.

“We are committed to bringing world-class local beer to Quincy, which is the largest city in New England without its own craft brewery,” said Break Rock Brewing founder, brewer and president Jay Southwood. “The success of the MainVest campaign so far is just one of many signs that the community is excited about Break Rock Brewing and willing to help make it a reality.”

MainVest gives people a chance to invest in Break Rock for as little as $100. The partnership is just one piece of Break Rock’s larger and wider private capital campaign, which includes major commitments from several successful business partners.

“Working with MainVest affords the hard-working, beer-loving people of Quincy and neighboring communities a chance to invest the city’s only craft brewery while helping enhance this diverse, dynamic community,” said Southwood. “We’re excited MainVest gives us the opportunity to welcome community involvement.”

Break Rock Brewing made its debut on June 22 during PorchFest Quincy, pouring free samples of its Peacefield Kolsch and Opening Salvo New England IPA at a private party.

“The chance to taste Break Rock beers for the very first time generated an enthusiastic response from the community both in person and on social media, and certainly helped our community fundraising effort,” said Southwood, who is working with the Break Rock team to finalize a location in Quincy. He anticipates opening and serving the community by 2020.

Break Rock will brew and distribute beer in an around Quincy, and also serve beer in its own neighborhood taproom. “Break Rock will combine the best of the modern taproom with everything you love about your favorite neighborhood pub – a fun and inviting atmosphere, a sense of community, and great beer,” said Southwood. Quincy was briefly the home of Quincy Ships Brewing Co., featuring beer from legendary New England brewer Tod Mott. But that operation closed its doors in 2002.