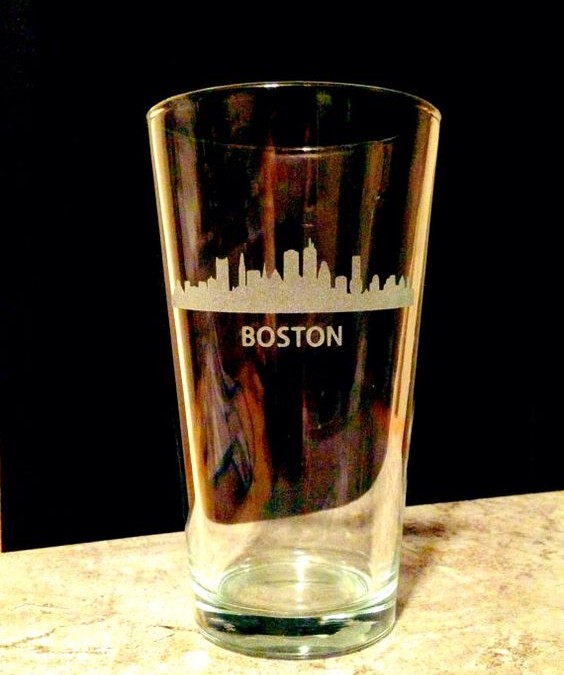 Long Home to Just a Few, A Year From Now There Could be Ten Breweries in Boston 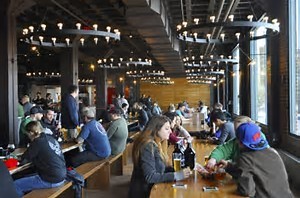 Aside from Beer Works, Bostonians couldn’t enjoy a pint of locally brewed beer at the source until Harpoon opened its Beer Hall in early 2013.

It wasn’t long ago that Boston’s craft beer scene was known for Sam Adams and Harpoon, and not much else. Pioneers in the East Coast craft beer resurgence that started in the late 1980s, they dominated the city’s liquor store aisles and bar room tap handles for more than three decades. Given their status as trailblazers in the industry it wasn’t surprising, up until the burst of new breweries that started in 2011 at least. Yet even then, while places like Worcester, Framingham, Everett, and neighboring Somerville began cultivating their craft beer scenes with new beer makers, Beantown remained stagnant. Until Trillium debuted in the revived Fort Point neighborhood in 2013, there hadn’t been a brewery-opening anywhere within Boston’s city limits in 15 years. “It was likely too cost prohibitive,” says beer writer Norm Miller, also known as The Beer Nut. “Most new breweries don’t have a ton of money, and the rents in some parts of Boston are sky high.” 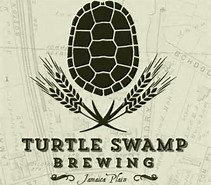 Turtle Swamp in JP is one of five new breweries planning to open in Boston in 2017.

Craft beer lovers visiting or living in Boston are the ones who are sky high these days. That’s because a recent rash of new brewery announcements promises to finally turn the city into the craft beer mecca locals have long dreamed of. The first was from Hopster’s, the Newton-based brewpub, taproom, and DIY brewery, who revealed last May that it planned to open a location in Fort Point. In July, Democracy Brewing announced its intention to establish roots in the Andrew Square neighborhood of South Boston and become the first cooperative brewery in the city. Then, in November, contract brewer Backlash made public its plans to open a brick and mortar brewery in a former refrigerator factory in Roxbury. Two months later rumors that Sam Adams would soon have a neighbor were substantiated when Turtle Swamp Brewing opened an Instagram account and started posting pics of its pending Jamaica Plain brewery. Finally, just two weeks ago BostInno’s Alex Weaver broke news that Mighty Squirrel was eyeing a brewery in the former Down East Cider facility in Charlestown. If all goes according to plans, there could be ten breweries open in Boston by this time next year. It’s enough to make any craft beer drinker giddy.

Aficionados in select neighborhoods of the city have actually been giddy for some time. Event photographer Mike Johnson (Festpics), who lives just steps away from the Fort Point district, is one of them. If you’ve ever been to a beer festival in Boston, he’s probably taken your picture. “With so much good local beer, we’re starting to get spoiled here,” he admits. “Whenever I travel to another city, I usually have to ask ‘what’s good’.” He and other working professionals in the area have enjoyed a growing selection of world class beer in the last few years. It started with the arrival of Oyster Bar Row 34 and its highly heralded beer list, continued with the opening of a Craft Beer Cellar (considered by many to be among the best beer stores in the state), and culminated with recent news that Trillium plans to relocate from its current, cramped space on Congress Street to a larger nearby location that will feature a pilot brewery with a full-scale restaurant, outdoor patio seating, and maybe even a roof deck bar. 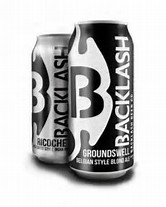 Backlash recently partnered with Dorchester Brewing Co. to keep pace with demand while they work on opening their Roxbury brewery.

Across town you’ll find another impressive array of craft beer, all under one roof, that of Dorchester Brewing Company. Their spacious taproom is open six days a week and features a 20-line tap system pouring their own house beers as well as several from their partner brewers. Since opening last summer, they’ve added 11 breweries to their portfolio, most recently Barrel House Z, Bad Martha and Medford Brewing, along with gypsy brewer Evil Twin, and Sweden’s Omnipollo. “We’re beyond thrilled to be collaborating with so many amazing partners,” confessed co-founder Holly Irgens, “and more announcements are coming soon. We love turning craft beer drinkers on to new brews.”

Boston’s reemergence as a craft beer destination hasn’t been limited to just breweries. In addition to previously mentioned Row 34, a number of restaurants and bars like Stoddard’s, Brewer’s Fork and newly opened City Tap are offering well curated beer lists. Even popular South End pizzeria Pico, known as much for its careful beer selection as its delicious food, is considering the idea of brewing its own beer. The capper would be if Sam Adams, the 2nd largest craft beer seller in the U.S., finally opened a taproom to complement its pilot brewery in JP. Talk about full circle. “We’ve been lucky to have a great beer community here, but never many breweries of our own,” says Zack Rothman, Raising the Barstool on social media, and too young to remember the fleeting wave of breweries that went bust in the 1990s. “It’s an exciting period, the brewery renaissance has been a long time coming.”