Big Year for Small and Independent Beer in 2019 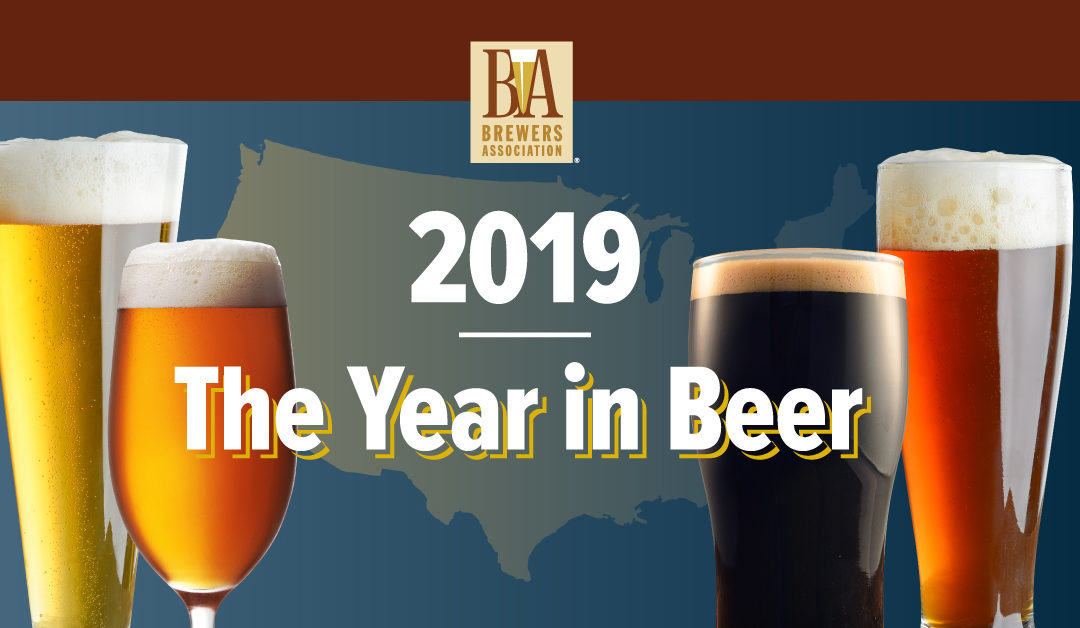 Boulder, Colo. • Dec. 10, 2019 — As 2019 comes to a close, the Brewers Association (BA)—the not-for-profit trade association dedicated to small and independent American brewers— takes a retrospective look at the contributions and major milestones of the country’s craft brewing community during the past year. Continued growth, record brewery count, and craft beers’ museum debut are a few of the highlights from a memorable year for the industry.

“Small and independent breweries continue to be essential contributors to communities across the country, finding new ways to innovate and thrive amid evolving consumer preference and a competitive and maturing beverage market,” said Julia Herz, craft beer program director, Brewers Association. “It’s been an exciting year for both brewers and beer lovers alike and we look forward to celebrating new beerworthy moments in 2020.”

A complete 2019 industry analysis will be presented during the annual Craft Brewers Conference® & BrewExpo America® held in San Antonio, Texas from April 19 through April 22, 2020. Conference registration is currently open to brewing industry personnel and media with early bird pricing available through February 6.

About the Brewers Association

The Brewers Association (BA) is the not-for-profit trade association dedicated to small and independentAmerican brewers, their beers and the community of brewing enthusiasts. The BA represents 5,000-plus U.S. breweries. The BA’s independent craft brewer seal is a widely adopted symbol that differentiates beers by small and independent craft brewers. The BA organizes events including the World Beer Cup®, Great American Beer Festival®, Craft Brewers Conference® & BrewExpo America®, SAVOR™: An American Craft Beer & Food Experience, Homebrew Con™, National Homebrew Competition and American Craft Beer Week®. The BA publishes The New Brewer® magazine, and Brewers Publications® is the leading publisher of brewing literature in the U.S. Beer lovers are invited to learn more about the dynamic world of craft beer at CraftBeer.com® and about homebrewing via the BA’s American Homebrewers Association® and the free Brew Guru® mobile app. Follow us on Facebook, Twitterand Instagram.

The Brewers Association is an equal opportunity employer and does not discriminate on the basis of race, color, national origin, gender, religion, age, disability, political beliefs, sexual orientation, or marital/familial status. The BA complies with provisions of Executive Order 11246 and the rules, regulations, and relevant orders of the Secretary of Labor.