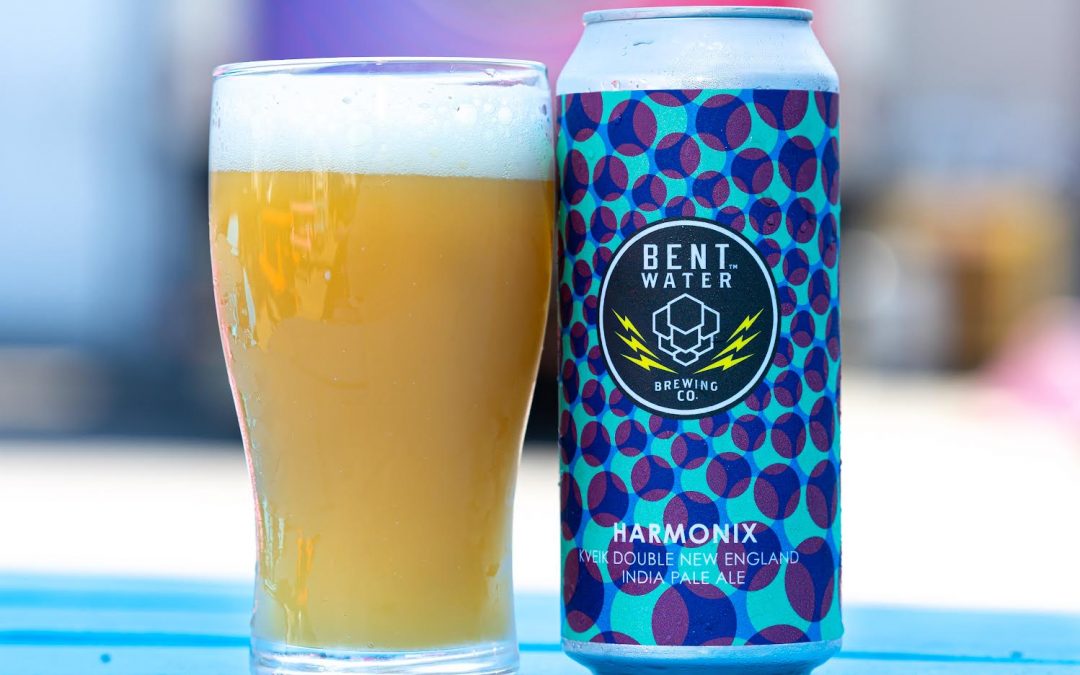 PRESS RELEASE / August 2, 2022 (Lynn, MA) – This week, Bent Water Brewing Company, from Lynn, Massachusetts, announced that they will be releasing Harmonix, a tropical double IPA that celebrates the brewery’s love of music, community, and innovation.

Harmonix is a 7.8% ABV hazy dry-hopped double IPA. It features notes of guava, mango, and passionfruit, giving the beer an intense tropical flavor. It was brewed with Kveik yeast, a recently-repopularized yeast strain that helps enhance the overall tropical notes and give consumers a different flavor experience.

“With so many New England IPAs on the shelves, we wanted to offer customers something different. What makes Harmonix really stand out is the use of Kveik yeast in the brewing process,” said Drew Yeager, Head Brewer of Bent Water Brewing. “Kveik is a Norwegian strain of yeast used primarily in traditional farmhouse ales. Some strains of Kveik yeast are very fruity and work really well when brewing an IPA, especially a New England style.”

In addition to showing off Bent Water’s creative chops in the brewhouse, Harmonix was brewed to highlight the team’s love of music. The idea for the beer name was inspired by Lynn’s Manning Bowl, a stadium that drew world-class music acts from Aerosmith to Ray Charles during its more than sixty years in existence. It even served as the jumping off point for The Rolling Stones’ first-ever North American tour in 1966.

Harmonix is by no means the only way the Bent Water team has used their love of music as inspiration for their beers. The brewery has several beers named in honor of musicians and song lyrics, as well as multiple collaborations with local DJs. The Bent Water taproom on Commercial Street is also decorated with concert posters inspired by musicians who played at the Manning Bowl years ago.

“We want guests to think of music when they walk into our taproom immediately,” said Krista McConomy, Taproom Manager of Bent Water Brewing. “The concert posters in the taproom are subtle reminders of Lynn’s history and some of the awesome musicians who came to the Manning Bowl to share their music with the community. The taproom features posters of The Kinks, Motley Crue, The Beach Boys, and more.”