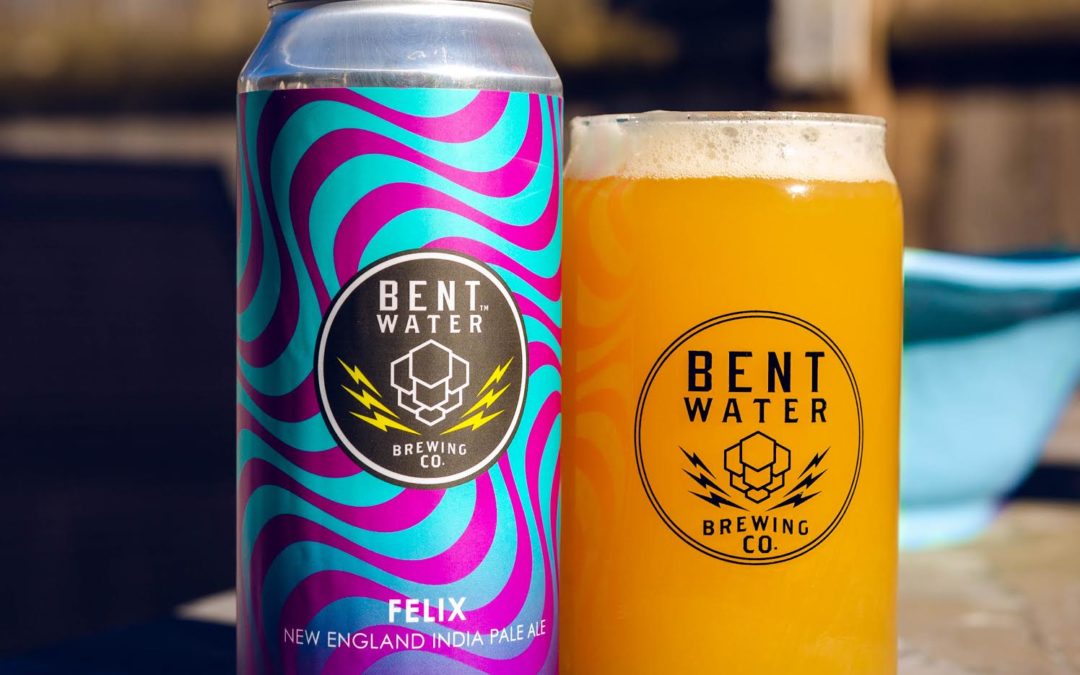 The beer was originally brewed to celebrate the wedding of Bent Water’s Head Brewer. It was intended to be a one-off strictly for the celebration, but was received so well by staff and guests that Bent Water decided to add the beer to its seasonal lineup.

“Felix is the Latin word for luck,” explained Adam Denny Golab, Head Brewer, Bent Water. “We thought that was the perfect name for a beer that’s released during the spring in New England — since you never know what kind of weather you’re going to get. My wife also jokes that the day I married her was the luckiest day of my life. She’s not wrong.”

Like most breweries affected by COVID-19, Bent Water has been forced to deal with the loss of on-site consumption of their beer at restaurants and in their own taproom. They are putting all of their production efforts into supporting retail partners, as well as offering curbside pickup at the taproom several days of the week.

“People are stuck at home and it’s important to find little things to celebrate,” continued Denny Golab. “Right now, the highlight of the day could be just going outside for a walk on a warm day when the flowers are starting to bud. Felix arrives just as it’s starting to feel like spring, and during a time when newness feels really welcome.”

Felix will be available for curbside pickup and in limited distribution starting on Thursday, April 9th. Check for updates on curbside pick up and beer releases on social media: @bentwaterbrewing on Instagram, https://www.facebook.com/bwaterbrewing/ on Facebook and @bentwaterbrewco on Twitter.