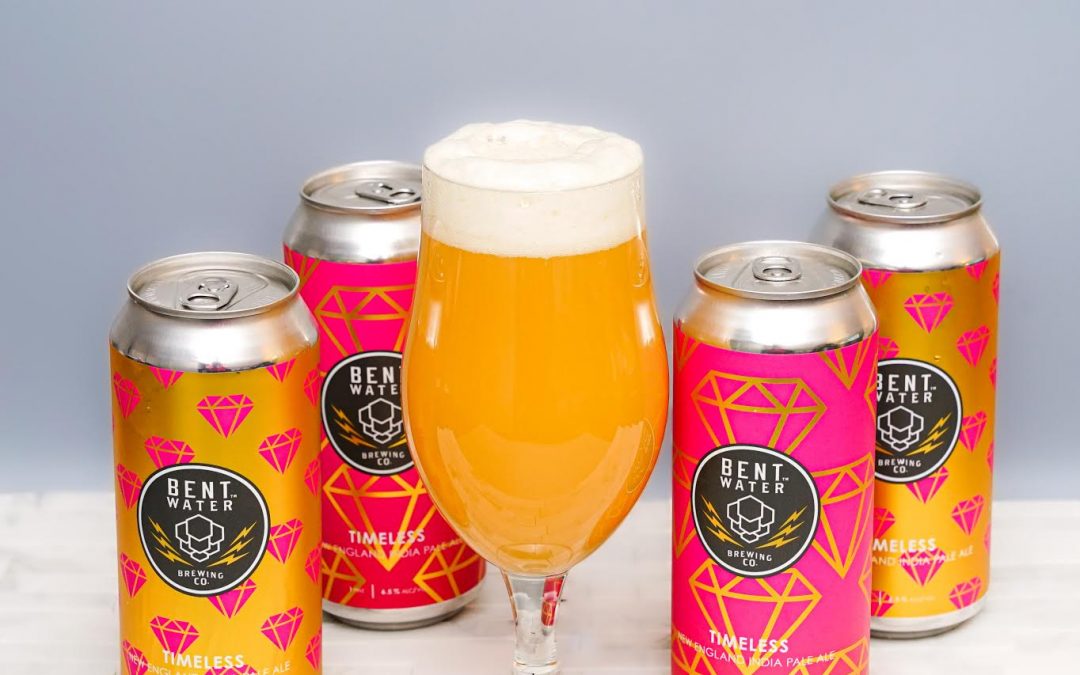 The second installment of the Lynn Tribute Series is named Timeless, a nod to Lynn’s historic Diamond District, as well as the timeless features of the city itself: its location by the sea, its diversity and culture, and its reputation for great food, art and people.

Timeless has a smooth, full mouthfeel with a touch of bitterness to balance the slight malt sweetness. It was brewed with Trident, Sultana, BRU-1, and Columbus hops, a list of hops that aren’t commonly found in many popular New England IPAs.

“For this installment in the series, we wanted to try using some hops that don’t get as much attention,” said Adam Denny Golab, Head Brewer at Bent Water and Lynn resident. “It’s good for us from an educational standpoint: we’re able to use this beer both to highlight another aspect of Lynn, while showing customers some hops that might be new to them.”

Trident is a Pacific Northwest blend of hops that packs a citrus and tropical fruit punch. Sultana provides notes of pineapple and pine. And BRU-1, developed less than two years ago, brings aromas of stone fruit backed by soft spice. The finished product blends fruit notes with pine and resin for an earthy, yet tropical, New England IPA experience.

Timeless will be available in Massachusetts later this week, and in partner states in the following weeks.