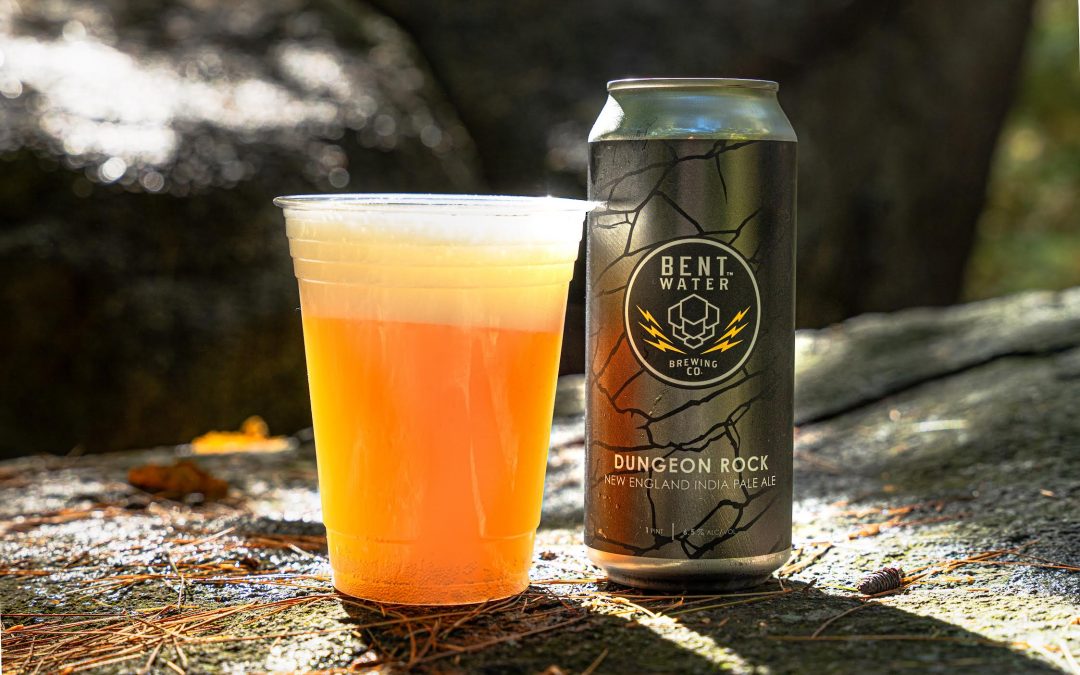 PRESS RELEASE / October 12, 2021 (Lynn, MA) – This week, Bent Water Brewing Company is releasing Dungeon Rock, a hazy New England IPA. The name is a nod to the city’s Lynn Woods, a 2,000 acre park that is used by people all over the state for recreational activities like hiking, climbing, mountain biking, and more.

Lynn Woods is the second largest municipal park in the United States, dwarfing many better-known green spaces such as New York’s famous Central Park. Like Central Park, the Lynn Woods were designed by Frederick Law Olmsted, one of the most famous landscape architects in history. Among the other works that Olmsted contributed to are Boston’s Emerald Necklace, public parks and parkways in Buffalo, and the Stanford University campus.

“A lot of people don’t realize how big and robust Lynn Woods actually is,” said Zachary Nicastro, brewer at Bent Water and Lynn resident. “It’s sort of incredible that a place that large can maintain a status as a hidden gem, but I think sometimes that description applies to the city as a whole.”

This new beer is named after Dungeon Rock, which is a cave in Lynn Woods that, as the legend goes, holds the buried treasure of pirate Thomas Veale. It is a major landmark in Lynn Woods that thousands of people visit each year. The Friends of Lynn Woods even hosts a Dungeon Rock Day every October with the approach of Halloween.

Dungeon Rock is a 6.5% hazy IPA brewed with Citra, Simcoe, and Michigan Copper hops. It is the fourth installment in Bent Water’s Lynn Tribute Series, a rotating New England IPA that showcases unique ingredients and names that highlight stories and features of the brewery’s home city of Lynn.

“We were looking for a way to draw awareness about Lynn Woods that was fun and, given its release in October, a bit more seasonally appropriate,” continued Nicastro. “We’ve had a blast exploring stories of the city and researching recipes for these beers, but this one goes a little deeper in terms of the history and ties to Lynn.”

Bent Water will donate a portion of the proceeds from the sale of the beer to help with the preservation and upkeep of Lynn Woods.

Dungeon Rock will be available in Massachusetts this week, and in other states where Bent Water is found in the following weeks.