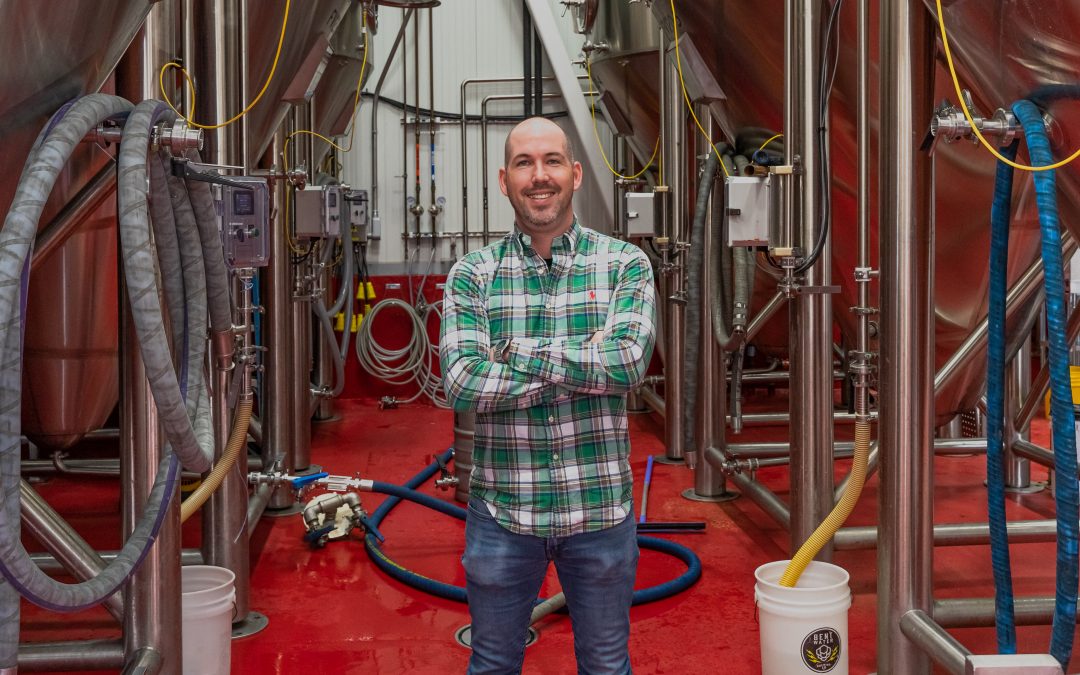 PRESS RELEASE / April 5, 2022 (Lynn, MA) – Bent Water Brewing Company has announced the addition of longtime industry veteran Drew Yeager to its executive team as Chief Operating Officer and Head Brewer. The addition of Yeager is the latest strategic move by Bent Water as it continues to scale its operations to match the growth it has achieved over the past six years.

Bent Water posted year-over-year growth the past two years during the COVID-19 pandemic, a unique accomplishment in the industry as many other breweries struggled due to pandemic-inflicted hardships. To continue the current growth trajectory it’s on, the brewery decided to bring Yeager on, adding another experienced leader to its team who could help guide Bent Water through its next phase of growth.

Yeager brings more than ten years of experience in brewery production and operations to Bent Water. He started his career at Dogfish Head as its Production Brewer and as a member of its brewhouse selection committee, which was charged with designing and selecting the brewery’s new brewhouse. He then gained further experience at Foothills Brewing in North Carolina before becoming Director of Brewery Operations at Fat Bottom Brewing in Nashville, Tennessee. While at Fat Bottom, Yeager consistently took on increased leadership opportunities. He helped guide the brewery through a significant growth stage, oversaw the buildout of a brand new facility, and spearheaded recipe development and quality control for all beers, including more than thirty beers that went on to win competition medals. Two of those medals were earned at the World Beer Cup.

“I’m excited to join a talented and passionate Bent Water team and help the brewery continue down the impressive growth path it’s on,” commented Yeager. “They have an impressive and diverse portfolio, a world-class quality control program, and really smart, fun people throughout the organization.”

Consistently focused on producing beer that’s of the highest quality, Bent Water received national recognition last year in the form of top beer ratings from the highly respected beer reviewers at Craft Beer & Brewing and Wine Enthusiast. Since 2020, the brewery has expanded its footprint, adding distribution to eight states beyond its native Massachusetts, and providing it with a growing presence in the eastern half of the country.

“I believe the growth Bent Water achieved over the past few years is just the beginning,” continued Yeager. “We have some big plans for the remainder of the year – introducing new beers, series, and initiatives; refining our internal processes to see even greater efficiencies; and going even deeper into the regions where we’re already available. It’s going to be an exciting year.”