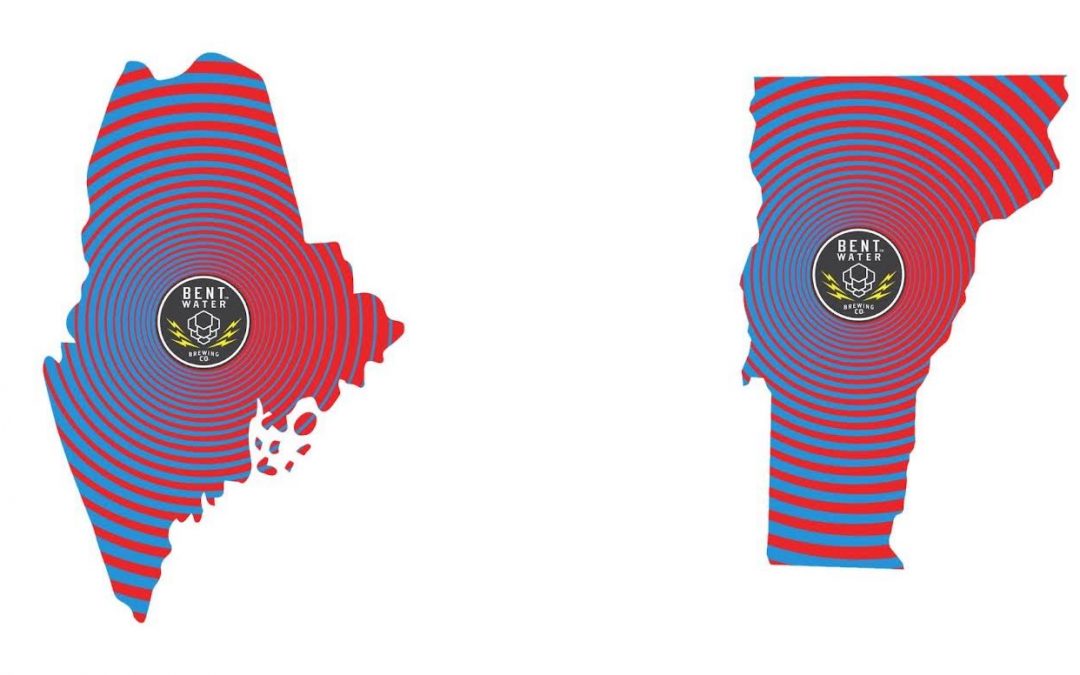 PRESS RELEASE / October 29, 2021 (Lynn, MA) – Bent Water Brewing Company will soon be available in the states of Maine and Vermont, appearing on shelves in some stores as early as this week. These will be the fourth and fifth New England states to receive Bent Water beers, joining the brewery’s home state of Massachusetts, as well as New Hampshire and Rhode Island.

“Being a Massachusetts-based craft brewery, it’s super exciting to get our beers into these states,” said Zachary Nicastro, brewer at Bent Water. “You come up in the industry knowing that Maine and Vermont are two of the best craft beer states in the country, and it’s pretty humbling when you find out there’s demand in those places for beer that you brewed.”

In 2020, the brewery expanded its distribution beyond Massachusetts and New Hampshire, the two original states to carry Bent Water beer, to add Florida, Pennsylvania, and Rhode Island. Earlier this year, its beverages became available in New Jersey and Ohio, as well.

Maine and Vermont will become the eight and ninth states to sell Bent Water beer.

Bent Water will enter the states with its three most popular flagship beers: Sluice Juice, Thunder Funk, and Double Thunder Funk, a West Coast-style DIPA that is referred to as the ‘big brother’ of Thunder Funk.

Bent Water Brewing will be distributed throughout Maine via a partnership with Pine State Trading Company, and in Vermont via Farrell Distributing Corporation.