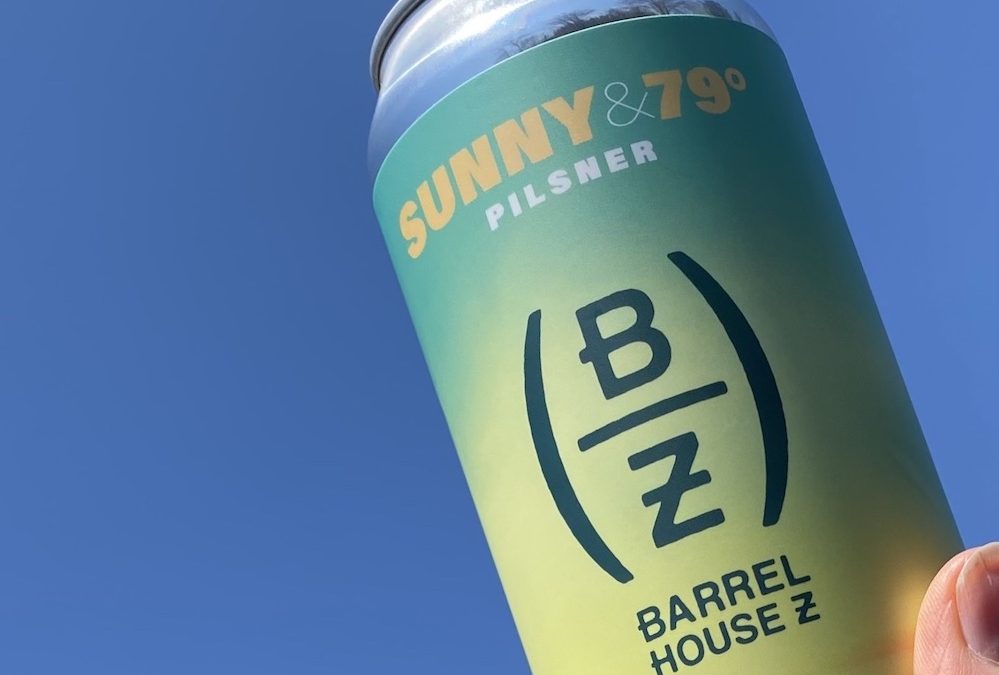 PRESS RELEASE / May 4, 2022 (Weymouth, MA) – As far as everyone at Barrel House Z is concerned, summer is officially here now that Sunny & 79° is back in full release. Folks at this brewery + taproom in Weymouth see only sunny skies ahead.

Barrel House Z’s head of marketing, Mary Mooney Heissner explains, “Just like a great old song transports you through the years to a particular place and time, Sunny & 79° carries you back to golden, summery days with warm breezes and clear skies. We released Sunny & 79° back in 2016 and it became an instant summer classic.”

Sunny & 79° is a traditional pilsner, brewed with Pilsner and Munich malt as well as Hallertau and Mandarina Bavaria. Barrel House Z makes this pilsner its own by dry-spicing with juniper berry, lemon peel, coriander, and cardamom seeds. The result is a crisp, nuanced pour with handful of summer’s favorite flavors. ABV is a drinkable 6.0%.

Sunny & 79° Pilsner 6% is available on draft and in 4-packs. Barrel House Z self distributes to on- and off-premise accounts.

Barrel House Z is a small-batch microbrewery and tap room just south of Boston in Weymouth, MA. BHZ is located at 95 Woodrock Road in Weymouth.