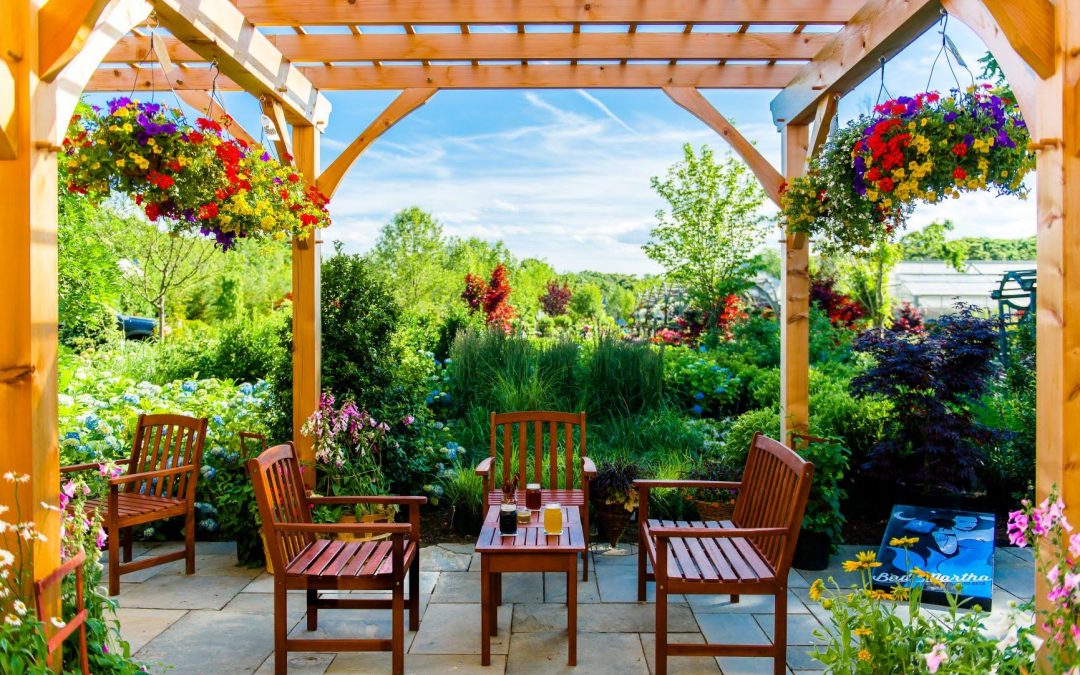 The Company hired Bryan Link as new Head Brewer because of his vast experience and
expertise in beer production, award-winning recipe innovation, creativity, and quality control.
Link previously worked as Production Brewer at the 37,000-barrel Lord Hobo Brewing Company
in Woburn and before that as Head Brewer at Stark Brewery and Adventure Brewery.

Bad Martha freshly brews, cans and kegs all its own beer in East Falmouth and also brews its
own beer on premise on Martha’s Vineyard for consumption there.  Bad Martha is the only
brewery in Cape Cod to have its own state-of-the-art canning line to enable expanded
production capability and product availability throughout the mainland and Island.  Bad Martha
currently has combined brewing production of 22-barrels between the seasonally open
Martha’s Vineyard’s 7-barrel system and the year-round 15-barrel system in Falmouth.

“We are excited to welcome Bryan to our Bad Martha team and look forward to incorporating
his expertise and creativity as we continue to grow,” said Josh Flanders, Bad Martha Farmer’s
Brewery General Manager.  Bad Martha Farmer’s Brewery is recognized for its distinctive,
award-winning, craft beers that have won twelve international medals since 2014 and was
voted the Top 2 Brewery in Massachusetts by Boston Magazine in 2018.

“I am thrilled to join Bad Martha Farmer’s Brewery because of their reputation for innovation,
attention to quality, passion to use local ingredients and their values. I’m proud to work for a
company that believes in doing good, giving back and supporting the local community,” said
Bryan Link, Bad Martha Farmer’s Brewery Head Brewer.
Bad Martha Farmer’s Brewery locations on Martha’s Vineyard and in East Falmouth are
currently open daily from 11:00 a.m. until 9:00 p.m.  Both brewhouses are surrounded by
beautiful landscaping, flowers, native plants, hops, and herbs and have lush, beer garden
atmospheres.  The family-friendly venues are also dog friendly.
There is live music with popular local musicians every weekday plus other fun events at both
locations. The Bad Martha Summer Music Bash at Falmouth features live music from great
local musical artists every weekday from 4:00 – 6:00 p.m. Check the Bad Martha website for
updated events.

“We’re constantly thinking of innovative ways to delight our guests and are happy to unveil our
beautiful new ‘Mellow Meadow’ Wildflower Beer Garden that provides a picnic-style brewery
experience with plenty of outdoor space for guests to enjoy their favorite Bad Martha beers,”
said Flanders.
The Wildflower Beer Garden is a full-service extension of the brewery. It also has a delightful
walking trail that winds through the wildflowers beyond the seating area. The new space is
ideal for families and dog owners.
Two eye-catching and whimsical sculptures are now dancing in the Wildflower Beer Garden.
They were created by the iconic West Tisbury artist, Thomas Maley (1911-2000) who was
known for his whimsical sculptures that represent the human spirit and are joyful odes to life.
The sculptures are from the Field Gallery that he founded in 1970 in West Tisbury.
Yet another unique feature of the East Falmouth ‘Mellow Meadow’ includes special events with
local pop-up vendors such as Kured, a Falmouth-based Company known for delicious
charcuterie with a creative presentation flair.

Bad Martha selects the freshest and finest ingredients from local farms and makers including
fruits and berries (cranberries, blueberries, beach plums, wild cherries, and strawberries),
Organic honey, chocolate, oysters, and roasted coffee beans, among others. All Bad Martha
Farmer’s Brewery beer is uniquely brewed with hand-picked wild grape leaves grown on
Martha’s Vineyard, so there is a piece of the Island’s soul infused in every sip.

Guests can enjoy a rotating selection of up to 16 different beer styles that span light, fruity,
hoppy, spicy, dark, and malty.  From light to amber and brown ales, to IPAs, lagers, English
Special Bitters (ESB), porters and stouts, there is something to please all tastes.  Visitors can
purchase brew by the glass or a flight paddle and even take home a growler (64 oz. glass
container) or a crowler (32 oz. can) or 4-pack, 16 oz. cans of select styles.

The Company offers on-line ordering for take-away and curbside pick-up.
“We want thank our valued customers for their continued support and hope they enjoy all the
new elements we have on tap for them,” said Jonathan Blum. CEO, Founder, and sole owner of
Bad Martha Farmer’s Brewery, based in Edgartown, Martha’s Vineyard, MA.  “We also
appreciate the extraordinary efforts of our team and their passion to provide a welcoming and
enjoyable experience for our guests.”  The Company has worked hard for months to transform
the business to meet new guidelines and create a safe environment for customers and staff.

Bad Martha re-opened its outdoor dining in Falmouth and Edgartown in June, followed by the
opening of East Falmouth&#39;s new ‘Mellow Meadow’ Wildflower Beer Garden.  The Company was
able to re-hire prior employees, add new team members and donate beer to a local distillery
that turned it into alcohol to make hand sanitizer when supplies were scarce.

The Brewery Chefs at each location offer a food menu that is perfectly paired with the hand-
crafted beers and includes highly popular Pizzas, Vegetable and Charcuterie Meat Platters,
Farm-Local Cheeses, and Light Snacks.  The pizzas are hand-made 18-inch Brick Oven Thin-Crust
and have been received with glowing reviews. Pretzel Torpedoes with Beer Mustard and Beer
Cheese make for a delicious light snack option. Menus are updated daily and can be viewed
here.

The first Bad Martha Farmer’s Brewery in Edgartown, Martha’s Vineyard quickly became a top
destination for thousands of craft beer fans annually.  The early success led to product
expansion into bars, retail locations, festivals, and events on and off the Island and a second
location that opened in Falmouth, MA.

Bad Martha Farmer’s Brewery mission from day one has been to create excellent craft beers
and be a socially responsible company that puts community first by donating the first portion of
profits to hunger-relief charities located where our beer is served.

Since the Company began in 2013, Bad Martha Farmer’s Brewery has donated substantial
profits to Island food relief programs, including Martha’s Vineyard Boys &amp; Girls Clubs, the Island
Food Pantry along with a number of other charitable donations to many Island organizations.
In addition to donating to hunger-relief charities, Bad Martha Farmer’s Brewery helps the
community by purchasing as many local ingredients as possible from Island farms and makers
to create their award-winning craft beers.  The Company also give local farmers their spent
grains for livestock feed.  Giving back through a variety of ways is the ‘Do Good’ part of the Bad
Martha Farmer’s Brewery ‘Get Bad.  Do Good.’ Company motto.

The flagship Bad Martha Farmer’s Brewery on Martha’s Vineyard is open seasonally from May
through Columbus Day and is centrally located at 270 Upper Main Street, Edgartown, MA
02539. (508) 939-4415.

Both locations have bike racks plus ample parking and the buildings are handicap accessible.